Every story cannot be a success story, sometimes mistakes need to be mentioned as well.

Earlier in the fall I setup a client with Windows 7 on a VMWare Fusion machine. The client was using this Windows instance to run a specialized HRV monitoring software with external Bluetooth gadgets to get data into the machine. I actually started by installing Virtualbox, but when I found myself writing LaunchDaemons which disabled Bluetooth on Mac OS X completely and handed the whole device over to Virtualbox I realized that maybe going with Fusion would not be to expensive. Luckily, moving from virtualbox to Fusion was simple.

750MB free disk space for VMware Fusion and at least 5GB for each virtual machine; Software. Mac OS X 10.13 or later; Operating system installation media (disk or disk image) for virtual machines. Microsoft Windows is not included with VMware Fusion. Recommended graphics hardware for Windows DirectX 10 or OpenGL 3.3 support: NVIDIA 8600M or better. Converting a VM to a Bootcamp image is not supported and is technically difficult for a number of reasons, not least of which is that a Windows installation for a VM (or any physical computer) will not necessarily have all the drivers needed to run on different hardware. With VMWare Fusion 12 including eGPU compatibility, I was wondering what the pro's and con's might be versus Bootcamp for gaming on Windows? Are there any scenarios where Fusion may be preferred? I would imagine that Fusion could allow an up-to-date Windows 10, but I'm not sure what the resources cost would be of a virtual machine.

But Fusion was by no means perfect either, especially the Bluetooth connection needed constant reboots and resets.

In the end, we decided to go with bootcamp, and I was presented with a a dilemma: spend another couple of hours setting up th windows machine again, or find a way to move the vmware setup directly to bootcamp.

I always seem to be willing to spend hours learning a technically sound way of doing something I could easily bruteforce in the same timeframe, in the hopes of it saving time down the road. This time I was wrong.

After some research and a lot of testing, I came to the conclusion that there is no (free) way of reliably moving a functioning Windows installation from a virtual environment (Fusion) to Bootcamp. I spent hours trying to clone the system using Clonezilla, but even after a successfull reboot the new system refused to boot up. No amount of playing around with ReFit helped, and I ended up using Windows Transfer and managed to actually get the whole system up and running in a couple of hours.

Has anyone else managed to clone a functional system from Fusion (or Parallels or Virtualbox) to Bootcamp? I am happy to be proven wrong... 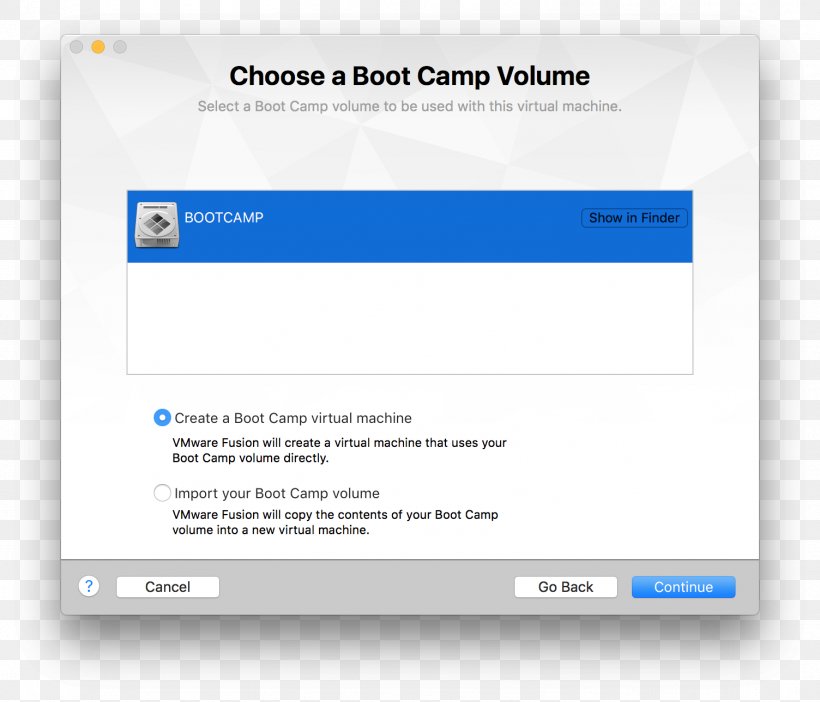