One of the few facts that everyone “knows” about the Titanic is that the band went down with the ship, playing Nearer My God To Thee as she slipped beneath the dark waters. The story holds a substantial kernel of truth, mixed in with a great deal of myth.

As the lifeboats had begun to be loaded, Hartley assembled his band in the First Class Lounge and began to play. Playing ragtime, waltzes, and specific tunes that survivors reported to be ‘Alexander’s Ragtime Band’ and ‘In The Shadows’ have been mentioned, and it’s not quite clear what the absolute last song played on the Titanic was. In real life, the band did continue to play, but it’s unclear which was the last song they played. Survivors reported the band played “Alexander’s Ragtime Band” and “In The Shadows”, and newspapers shared the final song was “Nearer, My God, To Thee”, while survivors said it was “Song d’Automne”. The Elderly Couple. In this show you hear period arrangements of numbers like: The Blue Danube, Pavane, Humoresque, The Can Can, Tales Of Hoffman, William Tell Overture, Let Me Call You Sweetheart, Alexanders Ragtime Band, Ave Maria and Nearer My God To Thee (the fabled very last number). TITANIC THE MOVIE. With the release of several popular films, especially the best one, A NIGHT TO REMEMER (1958), also the multi-Oscar-winning TITANIC (1997), there continues to be a dispute as to what was the last tune played on that fateful night when the Titanic sank within only a few hours and over 1,500 passengers perished, many of them never recovered.

Although the Titanic didn’t have a “band” as such, an ad hoc group of musicians did indeed play as the lifeboats were loading. None survived, and it’s not known what they played, or at what point they finally stopped.

The great problem is that so few survivors witnessed the Titanic’s final moments. For those who escaped before the end, the musicians may well have provided their last memory of the ship. However, they were in no position to know what happened later on.

The eight musicians aboard the Titanic played in two separate combinations. The man later eulogized as the bandleader, violinist Wallace Hartley, in fact led a quintet, made up of two violins, one cello, one double bass and a piano. There was also a trio of violin, cello and piano.

It seems likely that not all eight were in the group that assembled half an hour after the collision. After playing atop the grand staircase on the Boat Deck – where they would have had use of a piano – they moved out on deck as the first lifeboats were lowered.

As for what they played, Colonel Archibald Gracie remembered, “I did not recognize any of the tunes, but I know they were cheerful and were not hymns.” Other witnesses described a mixture of popular styles – ragtime, jazz and waltzes – that included the biggest hit of 1911, Irving Berlin’s Alexander’s Ragtime Band. Second Officer Charles Lightoller later wrote “I could hear the band playing cheery sort of music. I don’t like jazz music as a rule, but I was glad to hear it that night. I think it helped us all.”

The legend that the band played Nearer My God To Thee is based on very flimsy evidence – a newspaper interview with a Canadian first-class passenger, Mrs Vera Dick. Although she left on lifeboat 3 at 1am, she claimed to have heard the tune at the crucial moment – a time when the Titanic was breaking apart, and the air was filled with screams. 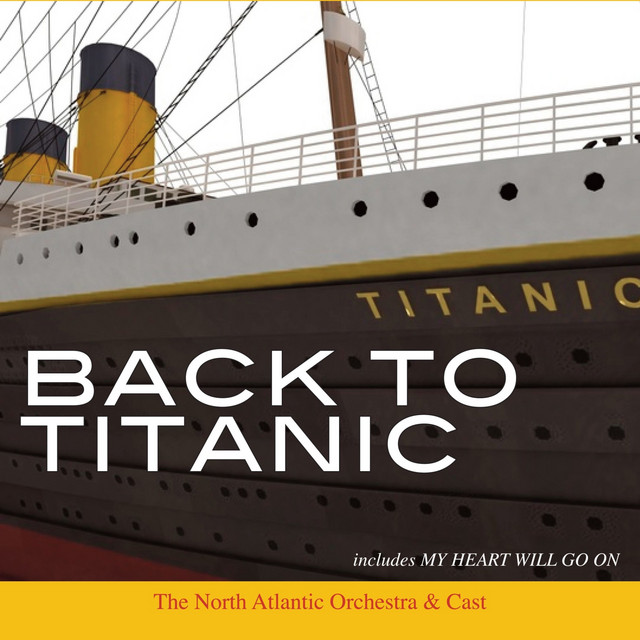 Gracie was adamant the hymn was never played “If Nearer My God To Thee was one of the selections, I would assuredly have noticed it and regarded it as a tactless warning of immediate death to us all … all whom I have questioned or corresponded with … testified emphatically to the contrary”.

Adapted from the Rough Guide to the Titanic; all text © Greg Ward

“A haunting and evocative tone poem… In its mastery of orchestration and its originality of music image, Titanic proved to be a tremendously effective work.”
— The Hartford Courant

Composed at the age of 25, during and after his period of private study with John Corigliano, Boyer’s tone poem Titanicwas his first orchestral work to receive widespread national attention, garnering important awards. Born out of a childhood fascination with the maritime disaster, it was composed two years before the release of James Cameron’s blockbuster film of the same name. Boyer recorded Titanic with the London Symphony Orchestra in 2001 for his debut recording, and in 2005 it was recorded again by the Bamberg Symphony and conductor Gabriel Feltz for broadcasts on the renowned Bayerischer Rundfunk (Bavarian Radio).

“The ocean’s rolling immensity, the jaunty arrogance of the Gilded Age, even the fateful moment of impact with the iceberg, are all conveyed as vivid sonic images… Deftly orchestrated and concisely organized… (a) strikingly cinematic and imaginative work.”
— “Music in Concert,” American Record Guide

“Titanic sails at hands of YMF Orchestra… Boyer’s evocative 13-minute piece shuffles a variety of themes, sometimes overlapping in an Ives-ian pile, with murmuring sound effects, and ‘Nearer, My God, to Thee’ placed as an eerie benediction.”
— Los Angeles Times

“Soft gongs along with low rumblings in the strings and brass confront the listener in the eerie opening passages. Then, in an ever growing wave of elemental power, sounds grow inexorably until they are suddenly buried under devil-may-care music that represents the optimism of the Gilded Age. …(an) often fascinating piece of music. …It would have been interesting to have had the orchestra play it twice.”
— The Toledo Blade

“Boyer’s talents as an orchestrator were evident from the outset… its effectiveness in performance left little doubt.”
— Fresno Bee

“Written two years before the popular movie, Titanic works in ‘Alexander’s Ragtime Band’ and ‘Nearer My God to Thee’—played by the ship’s band—alternating with eerie undulating low brass and artful overlapping glissandi, including evocative use of the water gong. Less gimmicky and more musical than Gavin Bryars’ The Sinking of the Titanic, Boyer’s haunting work is the most successful composition to date inspired by the famous sea tragedy, with the final emergence of the hymn on a barely audible muted trumpet quite affecting.”
— South Florida Sun-Sentinel