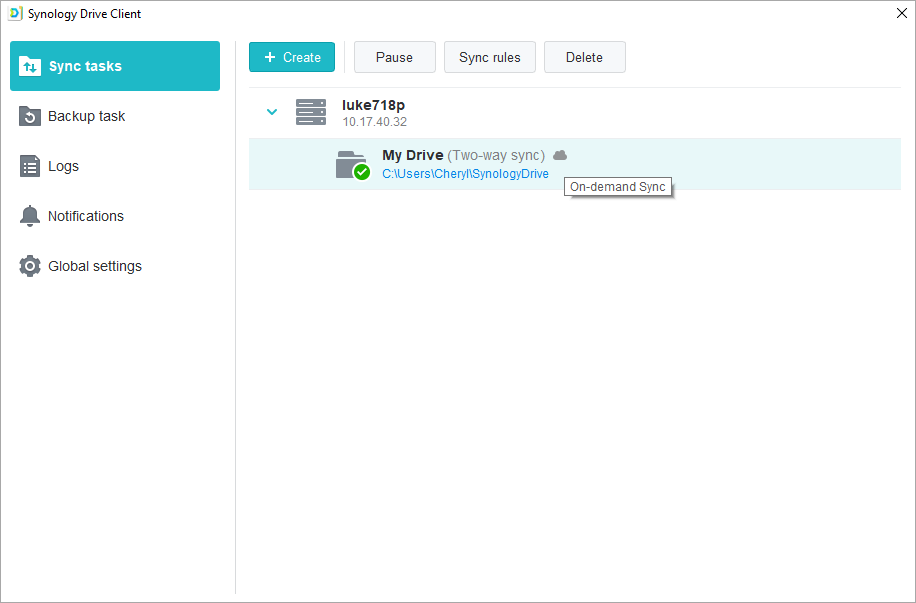 It seems what kicked off syncing again was uploading something to the Dropbox folder via UNC to the Synology. Bottom line, even though the poll period is set to 5 seconds, I have the feeling that large Dropbox accounts like mine are unusual for the app and therefore unusual behaviour occurs. Fixed an issue where files with Greek characters may encounter syncing crash for Dropbox sync task. Fixed an issue where sharing or un-sharing a folder on Dropbox server, the folder might have a small chance to be deleted then re-downloaded to Synology NAS. Fixed an issue where syncing Dropbox might prevent Synology NAS from entering hibernation. 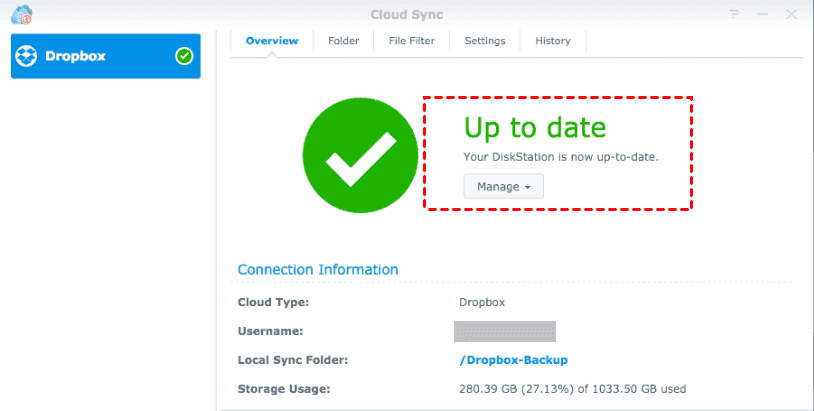 Cloud Sync enables you to seamlessly connect your local Synology NAS to public cloud services or on-premise storage through Amazon S3 API, OpenStack Swift, or WebDAV protocols. With Cloud Sync, you can enhance the collaboration when accessing between your local NAS and other remote cloud services, and can efficiently and easily back up data from or to public clouds.

Customize a synchronization strategy for each task.

Select one-way or two-way synchronization to flexibly backup or sync your data between your NAS and other cloud services.

Securely store and transfer your data with encryption, and reduce traffic and storage consumption with compression.

Select certain folders and filter the files you want to sync to the public cloud service or your Synology NAS, optimizing storage usage.

Schedule the specific time and date to perform your sync tasks to flexibly utilize the system resources of your Synology NAS.

Set the bandwidth limits to prevent the upload and download traffic from interfering the general traffic on your Synology NAS.