In the past I have explained why increasing vocations isn’t rocket science. A recovery of orthodoxy and tradition consistently leads to a boom in vocations to the priesthood and religious life. Having previously highlighted dioceses such as Lincoln and Charlotte, as well as the Priestly Fraternity of Saint Peter (FSSP), I would now like to turn your attention to the Society of Saint Pius X.

Much ink has been spilled discussing the complicated history and canonical status of the SSPX. What hasn’t received nearly enough attention is their continued growth, most visibly illustrated by the 2016 relocation of their U.S. seminary to accommodate new enrollments.

I recently had the privilege of corresponding with Father Patrick Abbet, vice rector of the Society’s North American seminary, regarding vocations, formation, and the traditional Latin Mass.

LG: St. Thomas Aquinas Seminary moved from Winona, Minnesota to Dillwyn, VA in 2016 to help address increasing enrollment. How many seminarians do you now have?

Father Patrick Abbet: We currently have 80 seminarians. On June 22, God willing, we will have the ordination of seven new priests and six new deacons.

LG: Did all of your seminarians grow up assisting at the traditional Mass, or did some discover the Mass and the Society of St. Pius X later in their discernment?

Father Patrick Abbet: Around 80% of our seminarians did grow up assisting at the Traditional Mass. The majority of that figure come from families who attend Mass in SSPX Chapels. Additionally, more than 65% of our seminarians went to one the schools run by the priests of the Society of Saint Pius X.

LG: Do you have any statistical data on your seminarians, such as average age, average number of siblings, etc.?

Father Patrick Abbet: The majority of our new seminarians are between 18 and 21 years old. Very often, they come from large Catholics families. The exemplary generosity of their parents is certainly a positive influence on their vocation.

LG: Does the North American Seminary follow the same curriculum, both academically & liturgically, as H.E. Archbishop Lefebvre established at Ecône?

Father Patrick Abbet: Yes, we follow the six-year program which Archbishop Lefebvre established. The entire course of studies begins with a year of Spirituality, followed by two years of Philosophy and three years of Theology. During their year of Spirituality, seminarians learn “the principles of the interior life, of life in the presence of God and in union with God, the foundations of the spiritual combat, the soul of the apostolate, and so on; and they apply themselves to putting these principles into practice in their personal life.” (Rule for the Seminary) To this program we have added a preparatory year of Humanities. During this year, seminarians study some classical works of literature, as well as Latin; additionally, they take introductory courses in philosophy, scripture, and the history of the present crisis in the Church.

LG: I believe I read that the Society has five seminaries and is present in 35 countries. Do most of the North American seminarians come from the US, Canada, and South America? Will most of those who are ordained remain in the Americas? 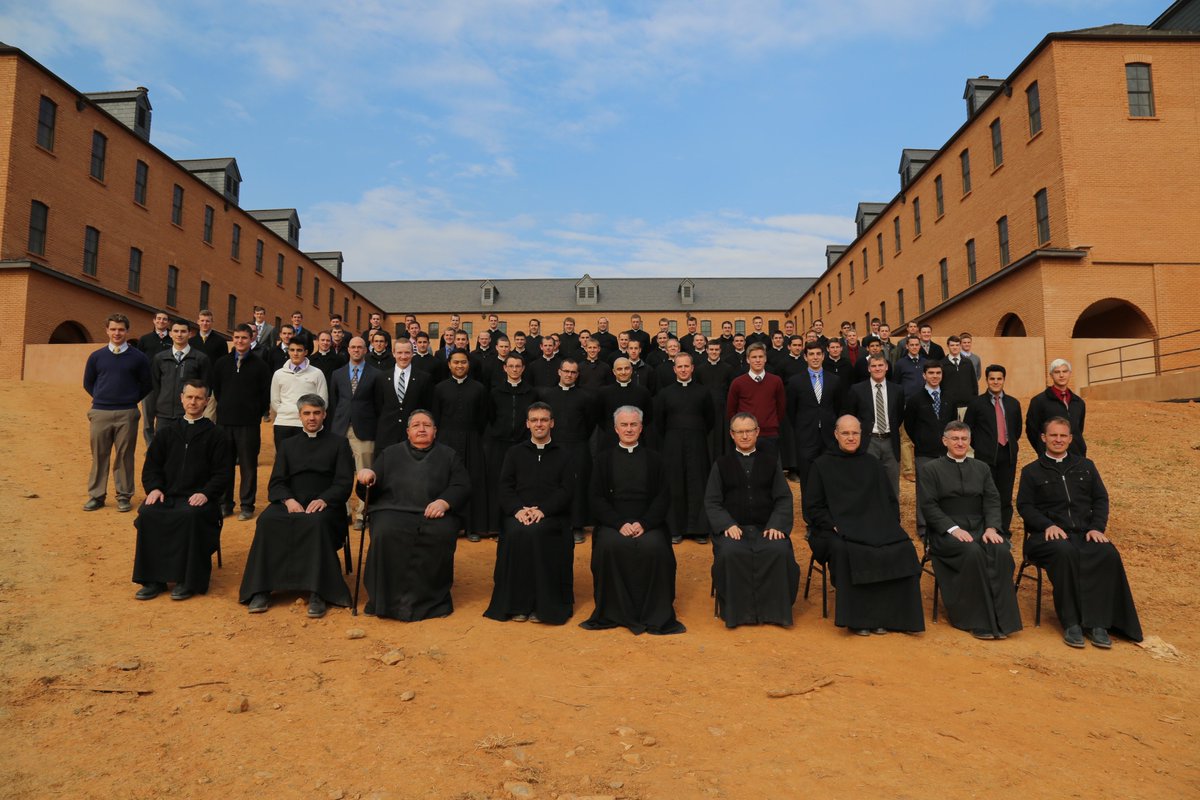 Father Patrick Abbet: There are a total of six seminaries of the SSPX worldwide. Our own seminarians come mainly from English speaking countries: specifically, the United States, Canada, and Ireland. Currently, we also have one seminarian from Mexico, and another from the Dominican Republic. Our Founder, Archbishop Lefebvre, wanted every seminary of the SSPX to be international. As far as the assignments of the new priests, I would say that between half and two-thirds remain within the United States.

LG: As I have written about before, more Catholics are realizing the important role of tradition in fostering discernment & vocations. Dioceses and orders who have begun to embrace the traditional Mass are experiencing increased vocations and fervor. In your opinion Father, what is it about the traditional Mass of the Roman Rite that draws young men to it and (often) to the priesthood? 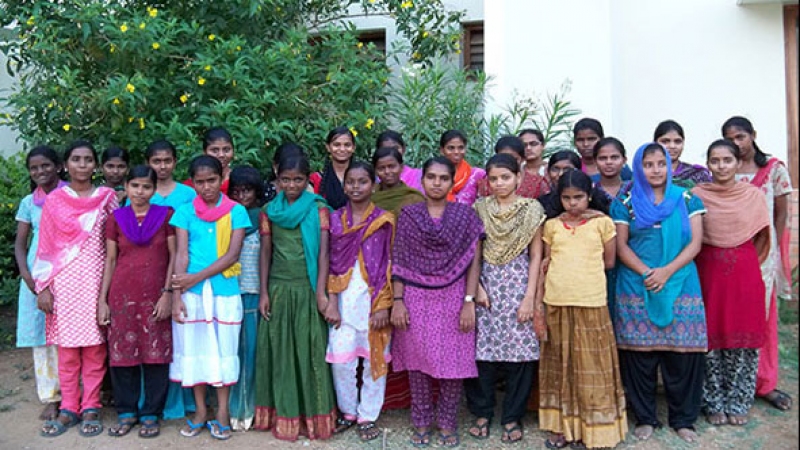 Father Patrick Abbet: The Holy Sacrifice of the Mass teaches us about the Mystery of Redemption. When we “touch,” so to speak, the love which Our Lord Jesus Christ has for souls, as we see expressed so well in the Mass, we may well be moved to follow Him. Archbishop Lefebvre teaches us that the Mass explains the priest:

“It is obvious that the priest participates in the great mystery of the Redemption. To participate in the mystery of the Redemption is the purpose of his priesthood, it is the raison d’être of his priesthood. His entire life, his entire apostolic life, his entire priestly life is nothing other than to spread the graces of the Redemption, to spread the graces of the Cross. The principal act by which he participates in the Redemption and by which he spreads the graces of the Redemption is, as you undoubtedly know, is the Holy Sacrifice of the Mass. The priest is made, above and beyond all else, to offer the Holy Sacrifice of the Mass in order that the graces which descend from the Heart of our Lord Jesus Christ transpierced by a lance, be spread by His Blood: qui pro vobis et pro multis effundetur, ‘which is shed for you and for many.’ These are the essential words which the priest pronounces at the moment of the consecration at Mass; this Blood which is shed for you, for us and for many. Alas! why is it ‘for many’? Precisely because many have refused it; many refuse the Blood of Our Lord Jesus Christ, the graces of the Redemption. This is not because Our Lord did not will to shed His Blood for all, it is said at the Offertory ‘we offer this chalice pro totius mundi salute – for the salvation of the entire world,’ but, alas, in reality, how many countless souls refuse the Blood of Our Lord Jesus Christ!

Thus we see the role of the priest, the essential role of the priest: to offer the Blood of Our Lord Jesus Christ and to spread the graces by all of the sacraments and particularly by the Holy Eucharist and the sacrament of Penance. Moreover we have seen how a holy priest such as the Curé of Ars spent his life at the altar spreading God’s graces by his words and in the confessional spreading the graces of the Redemption for souls. There you have the priest! What a beautiful vocation! What a sublime vocation!” (Sermon given in 1980) 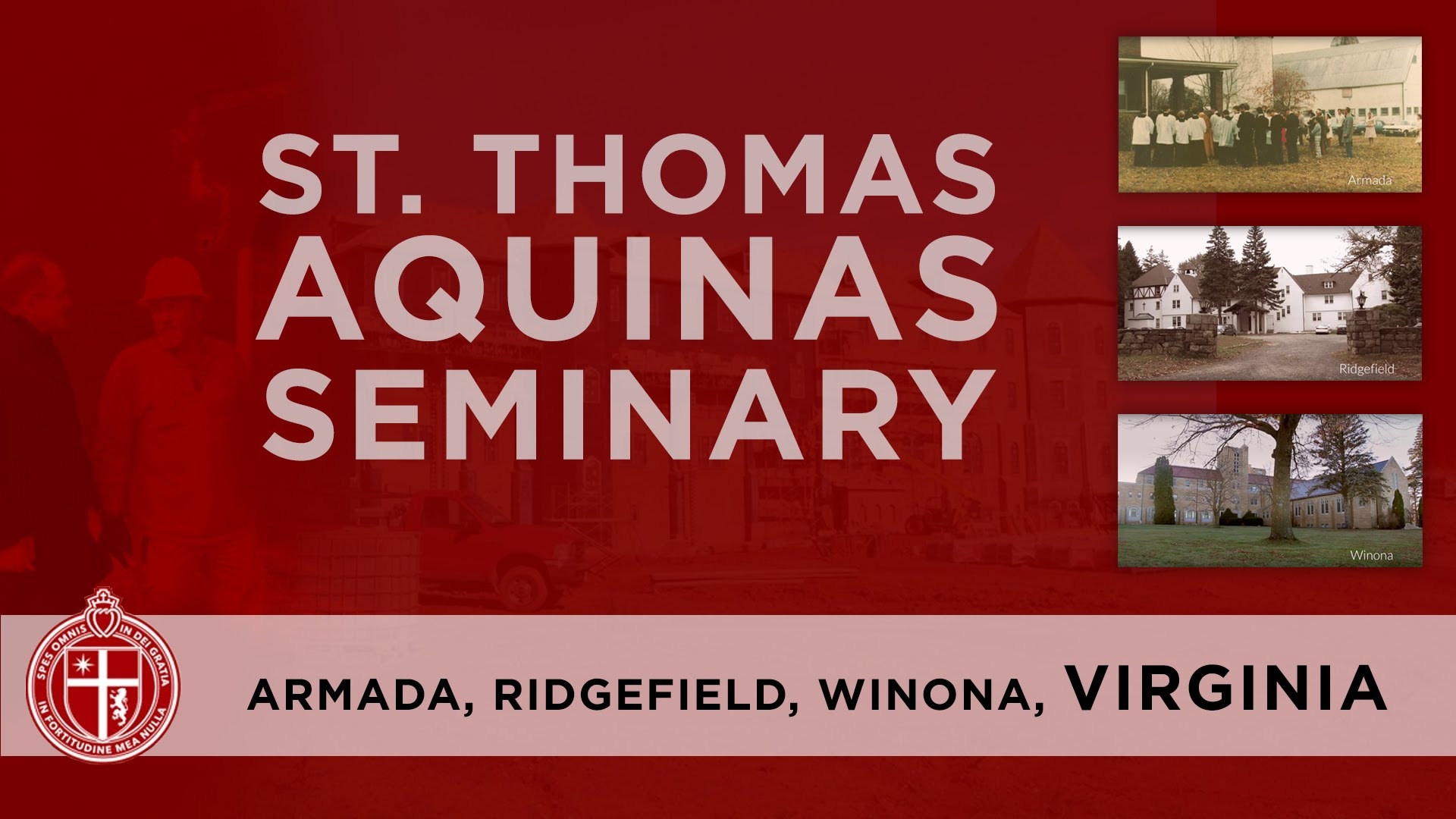 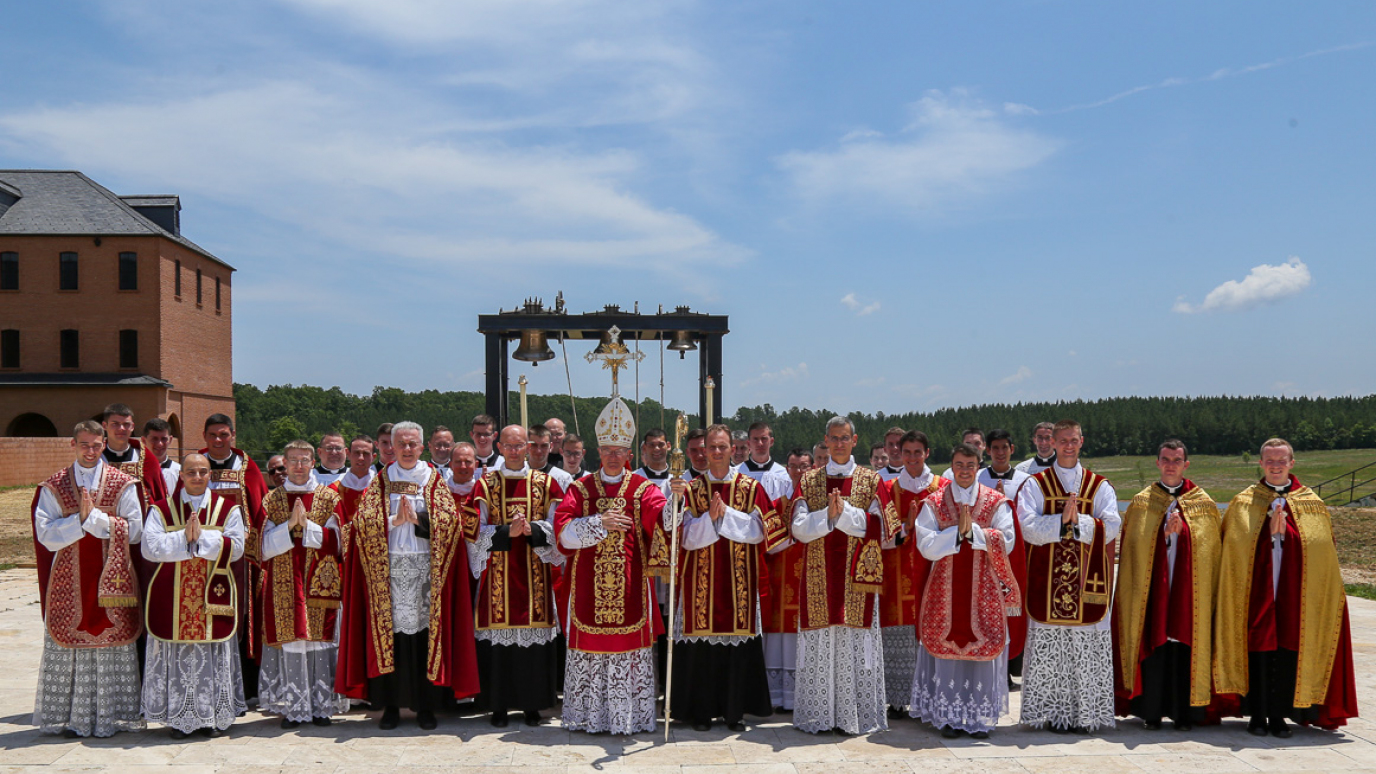 LG: Lastly, I read that completion of the Seminary was the first priority in Dillwyn, followed by the church. In addition, the entire property is approximately 1,000 acres in total. How is building coming along and what is the next scheduled project? Please let my readers know of any fundraising opportunities underway for those looking to assist you.

Father Patrick Abbet: We are still finishing certain parts of the Seminary, notably the administrative building, which will contain not only administrative offices, but also a parish hall and a bookstore for the faithful. Then, when God wishes it, we will build the church – a large and beautiful sanctuary to allow the Liturgy in its most solemn form to mold our young seminarians into holy priests, deeply attached to their Mass. In their name, I thank all our benefactors for their constant support. They may follow the ongoing project at http://www.stas.org or http://www.newseminaryproject.org. Please let everyone know that visitors to the Seminary are always welcome, especially for the Sunday High Mass at 10:00am. I also invite the faithful, especially families, to come to the ceremonies of ordinations on June 22 of this year. This beautiful traditional Liturgy is a living catechism on Holy Orders.