While Sega is often associated with franchises like Sonic the Hedgehog, its European branch dominates the PC gaming space with series like Total War from Creative Assembly and Endless Legend from Amplitude Studios. Amplitude makes 4X games, a sub-niche of the strategy game genre that focuses on exploring, expanding, exploiting, and exterminating (hence 4 'ex-'). Humankindis the studio's next 4X game.

After playing an early demo of the game in June, Inverse can affirm that Humankind is the latest game to elevate the genre.

While both of Amplitude’s previous outings, Endless Space and Endless Legend, have leaned into science fiction, Humankind treads into Civilization ‘s territory with players controlling cultures and building an empire over the course of humankind’s history.

Initially, the game felt a bit too close to Sid Meier’s Civilization for its own good, but as I progressed through a preview build for the first era of the game I noticed something more distinct and appealing. Humankind has more direct goals and progression thanks to its focus on a fame system.

If the Sid Meier’s Civilization games were a bit too aimless or daunting for you, Humankind may be a better and more focused alternative.

Players start every game as a small group of nomads, but after several basic rounds of hunting and exploring, you choose a civilization and begin building a city. Cities not only make you money and have a population and production level for players to manage but are built out tile by title with different infrastructures. 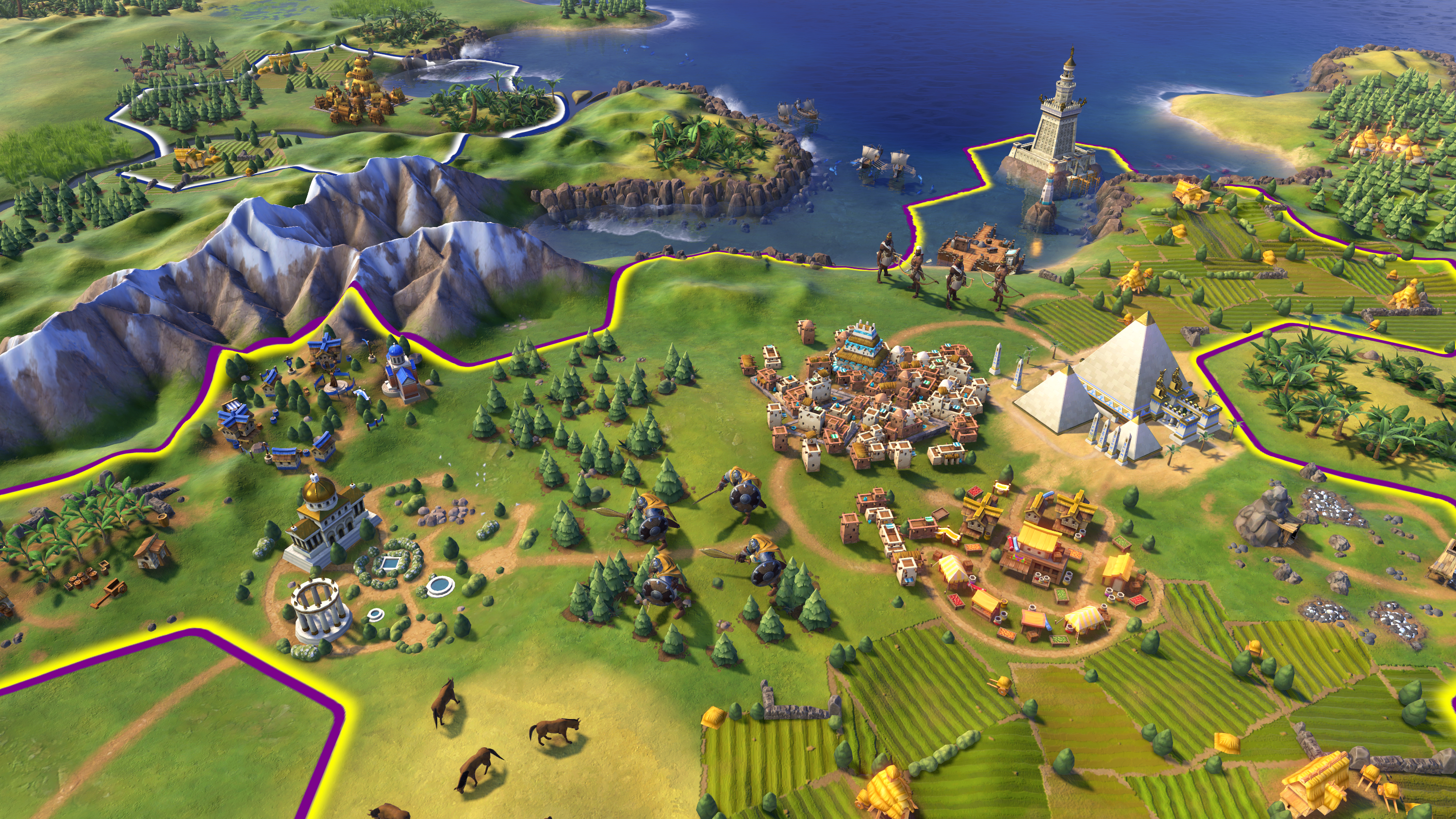 While the look of cities will evolve as you proceed into each new era, certain buildings will remain to serve as relics of your civilization’s roots. The build Inverse played only spanned the game’s first Ancient era with four civilizations, each with their unique benefits. For example, the Mycenaeans were best-suited for war while the Babylonians focus on research and science.

Militaristic encounters were the least enjoyable to play in this build because battles haven’t been fully implemented yet. The plan is to incorporate them into separate tactical matches that take place on the same hexagonal grid. Early on, military units also aren’t as interesting, and the fame system, which we’ll delve more into later, doesn’t necessarily encourage that “exterminate” part of the 4X genre’s namesake like Civilization can.

While I usually play 4X games in a warmongering manner, these setbacks of the demo forced me to try my hand at the different civilizations, playstyles, and fame system. This is where I discovered the true appeal of Humankind, its fame system, and a renewed sense of direction in the face of an otherwise overwhelming amount of choice.

During every era, players gain fame for a variety of different tasks. On an expansion level, you may get fame for building structures or discovering hidden wonders on the map. These can all only be earned once, so they’ll be unique to your civilization.

Meanwhile, there are other certain fame-related Era Stars that all civilizations accrue. You get these for doing things like research, building outposts or cities, and defeating other units in battle. Gain enough of these and you can move on to the next era.

The requirements for these objectives differ depending on a culture’s focus, but that doesn’t negate the point that they give the player more focus. If you aren’t sure about what to do, you can always gain fame or Era Stars by completing those predetermined objectives.

For players new to 4X games or who are worried to venture outside of the playstyle they know, this system gives more direct encouragement. While the intention of this system was to make each civilization feel unique, it also has the side effect of making Humankind a more directed 4X experience for genre newcomers.

The future of Humankind

That’s not to say this game slouches on its options and systems. It has all of the city and unit management depth that makes 4X games fun. Even this early build felt as polished as Amplitude Studios’ previous titles. It will be interesting to see how the full game plays out, as I only got my hands on one era.

Moving to a new era forces players to choose a new culture that blends with their own while still retaining the legacy traits of the previous one. This has the potential to result in some very unique combinations, and by the late-game, it will be fun to look back and see the wacky and distinct civilization that you built, which you can’t say about the stagnant Civs of Sid Meier’s Civilization VI.

Strategy games, and the even more niche 4X sub-genre, can be daunting for first-timers. As well known and approachable as Civilization is, it still has a high barrier of entry. But if you’re interested in history and looking for a more holistic and unique 4X experience, definitely keep your eye on Humankind.

Humankind will be released for PC in 2021.