That way, if disaster strikes and either Dropbox goes down or your working computer is destroyed, corrupted, or stolen, you can still access your backups. If you’re backing up to an external drive, make sure that drive is plugged in when the Scrivener backup starts. With Dropbox saving multiple versions of your files, you can restore previous versions, which minimizes the damage file corruption can cause. If you’re averse to Scrivener, even saving your Word files in Dropbox helps minimize the damage caused by corrupted files. You can customize how often Word autosaves in the Options menus. Dropbox takes that writing and backup and syncs it across all my platforms. And Crashplan makes sure that every Scrivener version is safely locked away forever, in case I’d ever need it. So now I don’t have to worry about ever losing my writing. Of course, things are a bit more complex than that. Since Dropbox access on a Chromebook is outside of the My Downloads folder, in order to be able to sync my Scrivener projects with my Dropbox account as I work on them, I had to find a solution that could use the My Downloads folder. An Android app became the solution to this problem. There is an updated version of this video here:full step by step Scrivener video courses and cheat sheets covering Scrivener.

It’s free and gives you 2GB of free storage, with syncing between 3 devices plenty of space for hundreds of Scrivener projects. And, you have the option of buying more space and unlimited devices if you need it. 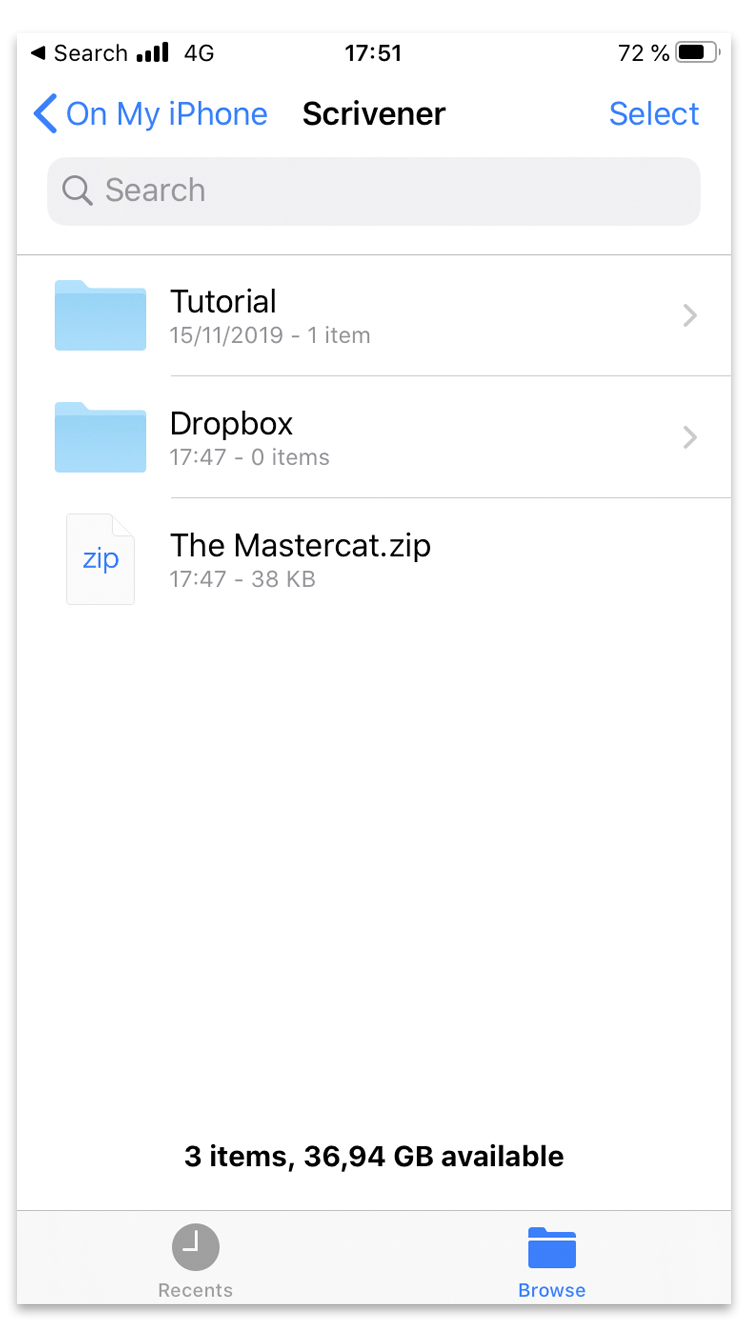 The installer will put a folder in your computer’s documents folder called “Dropbox.” Anything you put in this file will stay on your computer and be backed up to the cloud. If you install Dropbox on another computer, and use the same login information, it will keep the two folders on both machines synced. Anything you add or delete from one folder will also be added or deleted in the cloud and on the other computer.

Web access. You can get use a web interface to login and get at your files from any browser. Handy if you are using a friend’s computer or at work.

Sharing Files: You can right click on a file and it will give you a sharing link you can send to people. This allows them to open the file without giving them access to your entire Dropbox folder. Nice for collaborating or sending your file to a publisher or editor.

Public Folder: People can put things into your Dropbox, again without giving them access to your entire Dropbox folder. It is even nicer that there is no file size limit (except your storage limit), since some email programs won’t let you send or receive big files.

Undelete: Because it is a syncing program, deleting the file on your local Dropbox folder will delete it in the cloud. However, Dropbox lets you pull stuff out of the trash on the Dropbox website for up to 30 days after you delete it.

2. Move and Save All Your Scrivener Projects to the Dropbox Folder.

You can have folders inside this folder, so I would make one in Dropbox called “Scrivener Projects” and put everything in there. Folders inside of folders are okay too, as long as they are all inside the Dropbox folder. From then on only save and work out of this folder, then your project will always be backed up. Should your computer crash, get stolen or go up in a fire, at least your work will be safely backed up in the cloud.

Keep in Mind: Of course your computer needs to be connected to the Internet for the backup to work, but it is pretty fast. You will see a green check mark next to the file in your Dropbox folder when it is finished syncing. Don’t shut your computer down or disconnect from the Internet until you see the green checkmark; you could corrupt the file, or at the very least you won’t have a complete backup.

3. Set Scrivener to Save Multiple Backups to the Dropbox Folder.

A backup of your most recent version isn’t enough. It might get corrupted due to a disk error. Or, you might just want to roll back to a previous version if you have made a lot changes you don’t like. You might even want to compare an old version of your project to the new version. So having multiple backups is very useful, and Scrivener can automate the process.
First, make a folder in Dropbox for Backups. Here I’ve named mine “Scrivener Backups.”
Then, under the top menu Scrivener > Preferences > Backups > Backup Location, click “Choose” on the lower right and repoint the Backup location to your Dropbox backup folder. Here are the settings I use:

I didn’t like the way Scrivener for the PC worked directly with Dropbox. (See this article http://www.apheleia.net/scrivener-and-dropbox-redux/.) I found that Scrivener got really sluggish when saving a large project directly into the Dropbox folder. Plus, I wanted my backup utility MozyHome to still catch and back up my Scrivener projects. It’s occasionally dicey when I try connecting MozyHome and Dropbox.

And I did NOT want to get into having to manually export and import files. That creates far too many opportunities for screwing something up. It is NEVER a good idea to have two working versions of the same file on the same machine. That’s when using the version in Dropbox as the gold working standard becomes crucial.

So I found a workaround.

First, I set up Scrivener on the PC as if I was NOT going to use Dropbox. I have a folder in the regular /Documents folder called /00 Fiction, and all my Scrivener projects are inside it. (I named it /00 Fiction to force Windows to sort it to the top of the list in /Documents. Don’t worry about the little green circled checkmark, that just means the sync is up to date.)

Then I installed a little free utility called Boxifier http://www.boxifier.com/. It allows you to sync any file on your PC to Dropbox even when that file or folder is not inside the local /Dropbox folder. I use the free version because I only need to sync one folder. (If you need more, or to sync from a USB drive or network drive, there are upgraded versions available.)

I ran the utility on my /00 Fiction folder. 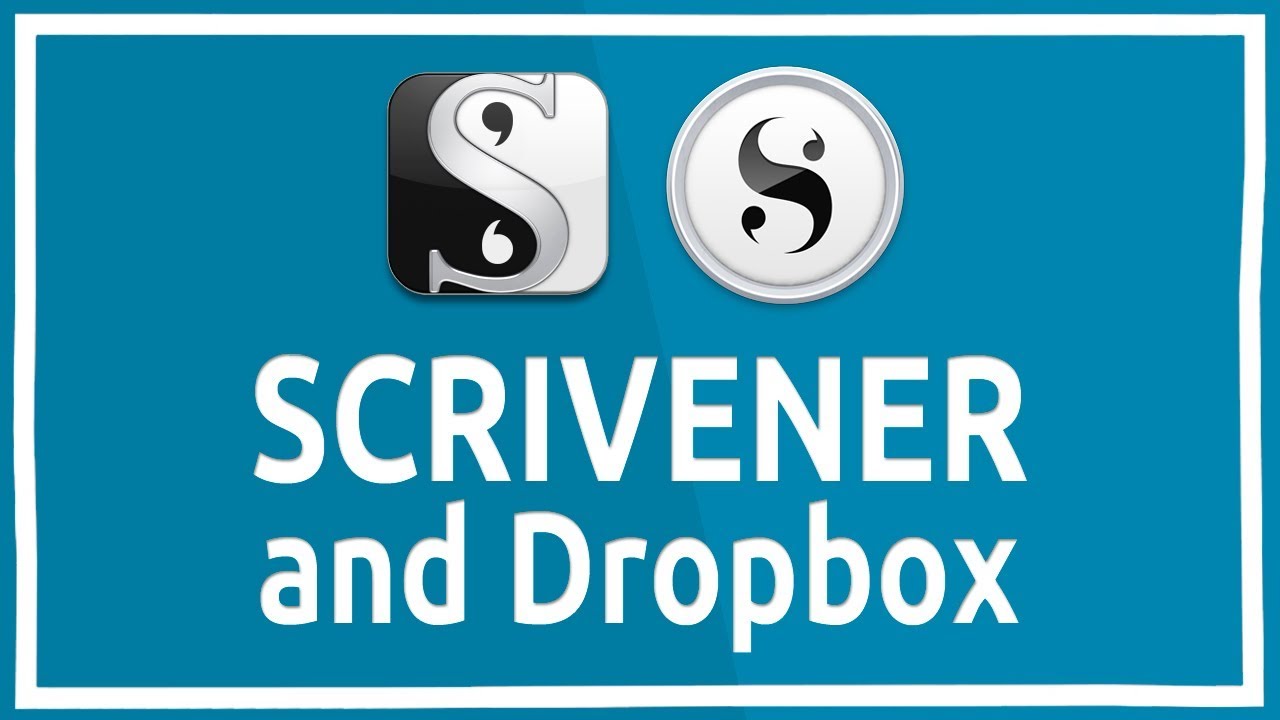 What happens behind the scenes is that Boxifier sort of creates a copy of the /00 Fiction folder in the /Dropbox folder — but it really creates what’s called a Virtual Pointer (kind of like a sophisticated Shortcut) within the local /Dropbox folder on the PC. Windows, and any Windows programs like Scrivener still work with the folder exactly as they used to because it is still where it was.

It’s then Boxifier that does the syncing, not Scrivener. So Scrivener is still fast and lean and not confused.

It does create a folder within /Dropbox on the PC called /Boxifier. Inside that folder is what looks like a Windows Shortcut to the /00 Fiction folder. It’s a little fancier than that, but that’s what it looks like. 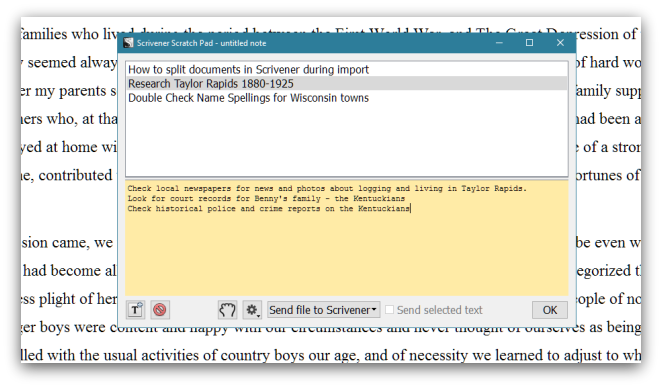 If I look at my Dropbox account online, I see the folder /Boxifier with the folder /00 Fiction within it, and all my Scrivener projects living quite happily in there.

To get that to sync correctly with Scrivener on the Mac, I suppose you would do the same thing you did already to sync with Dropbox — but you’d have to add that extra layer of the /Boxifier folder to the path. I think. Macs confuse the hell out of me.

I did all this in anticipation of the iPad version of Scrivener.

I can get to my Scrivener projects via my iPad through Dropbox now. Right now I’m using Textilus to directly edit the RTF files. It’s not pretty, and I have to have to have a master list that relates the numeric Scrivener filename to my scenes in order to know which file is which. But it is possible.

And since Boxifier keeps everything all synced up, I know I only have one version of the files to work with. I have to make sure that my iPad does finish its Dropbox sync before I disconnect, but that’s it. It all works.