The ragtime revival brought Blake out of his retirement in his eighties. In 1969 he recorded the album 'The 86 Years of Eubie Blake' and, in 1972, formed his own record company. 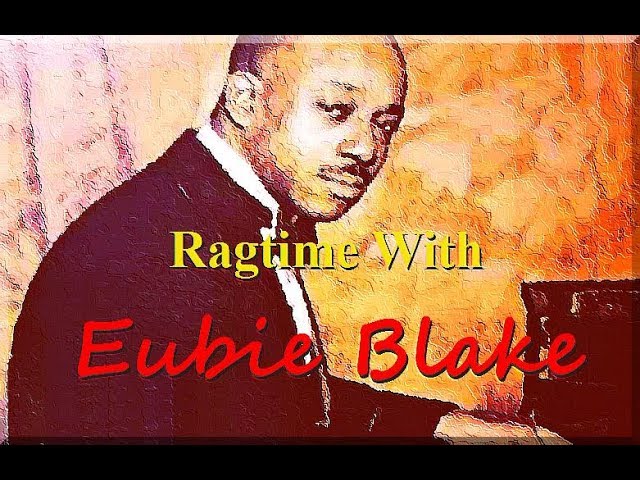 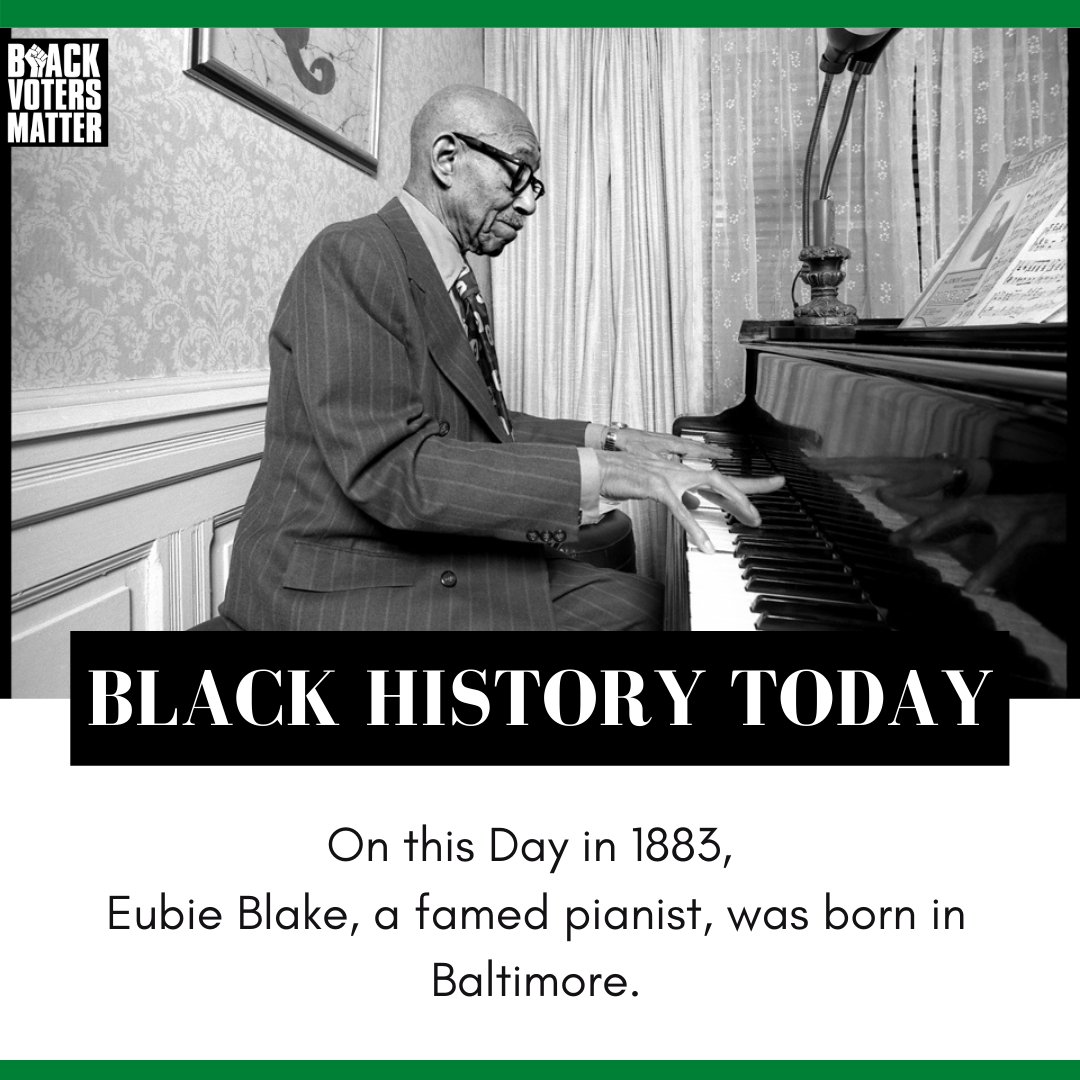 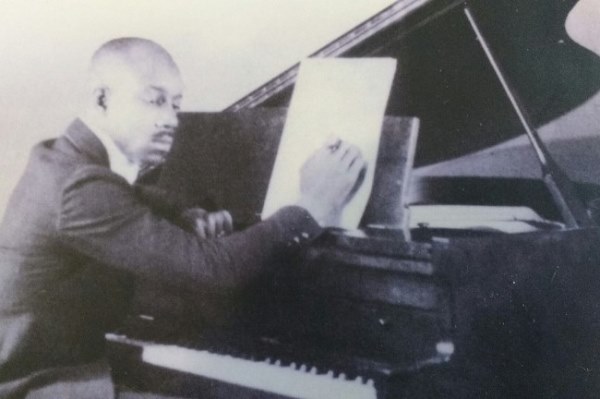 *On this date Eubie Blake was born in 1883. He was a Black pianist and composer of ragtime music and show tunes.

From Baltimore, Maryland, Blake first exhibited his natural aptitude for the keyboard on a home pump organ at age six. As a teenager, he played piano in cafés and brothels, and in 1899 he played his first rag, Sounds of Africa, published in 1919 as the Charleston Rag. His connecting with the lyricist and vocalist Noble Sissle in 1915 resulted in a long association between the two entertainers. They were among the first Black performers to appear on stage without minstrel makeup.

Their show Shuffle Along 1921 was among the first musicals to be written, produced, and directed by Blacks. It featured Blake's best-remembered song, I'm Just Wild About Harry, and introduced three entertainers whose later careers would be notable: Paul Robeson, Florence Mills, and Josephine Baker. After Blake and Sissle broke up in 1925, he teamed with lyricist Andy Razaf to write the score to Blackbirds of 1930, which contained the popular song Memories of You. Blake continued his career as an entertainer, making both piano rolls, records, and appearing in concerts. 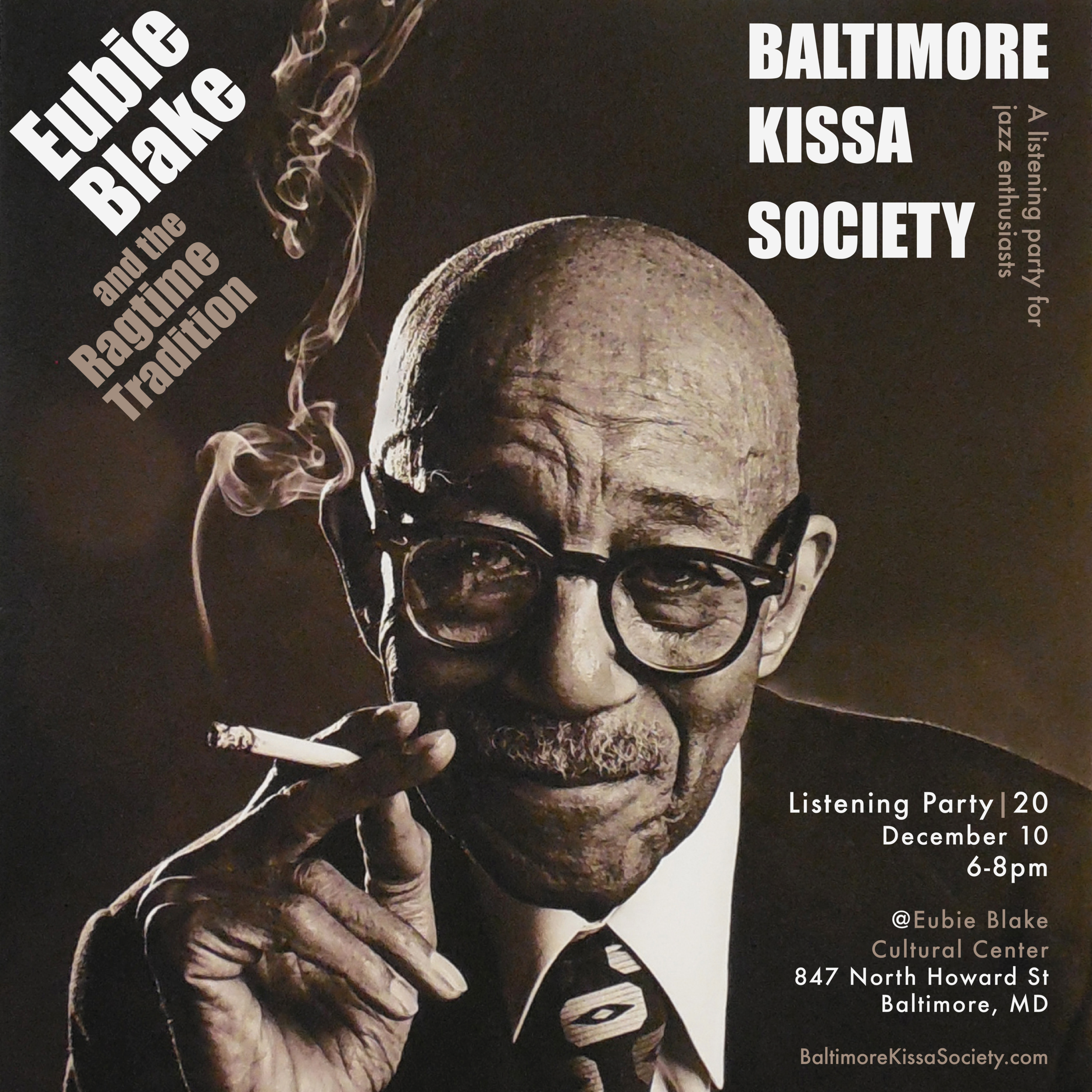 His sophisticated, witty elegance gave him a popularity that continued throughout his career. He retired at 63 to study music composition, transcribe his songs, and compose new ones yet came out of retirement in 1969 to record an album. From there he resumed performing, giving his last public concert in June 1982. He achieved his greatest fame when a musical based on his songs, Eubie, opened on Broadway (1978). In 1981 Blake was awarded the Medal of Freedom. 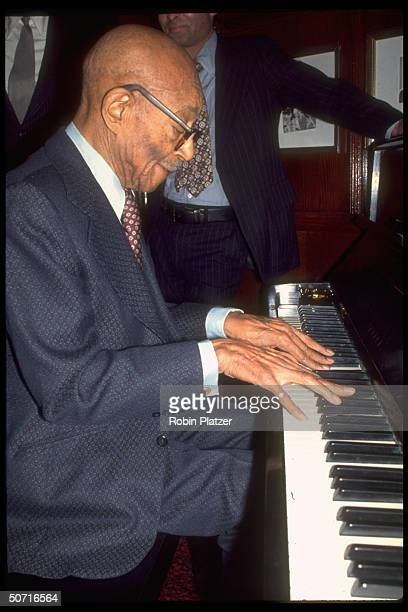