I don't blame the Notion team - it took me about 2 weeks to fine-tune and implement these improvements, and that was using the original Miroslav rules as starting point, so I can't but imagine the marathonic work of creating rule sets and presets for 4 libraries starting from zero, and in time to release them with the rest of the app. Present participle presetting past tense and past participle preset to prepare a machine so it will operate or stop later: + to infinitive I'll preset the oven to come on at 5 p.m. Text Presets Pack for Animation Composer is a project mainly respectable for professional videos. HunterAE administration team want to repeat that download archive package for this add on embraces all needful files: Images, Tutorials, Elements, Demo Videos and so on. When you have purchased VST’s that have built-in Notion presets. They can be downloaded from your my.presonus.com account The presets will need to be downloaded and installed to your Notion application folder to gain access to their use. Please add the contents of your downloads to the presets folder in the following directory options in Notion.

After some time of tuning and tweaking the Miroslav library, I decided to put together a set of rules and presets for Miro. Changes are not so drastic, but the important thing is the implementation of more techniques and effects like glissandos and fluttertongue even in instruments that didn't had that particular recorded sample. For that matter, it wasn't enough just to code the rules, and most of the presets needed to be edited. So, I managed to fix the missing Bass Clarinet, all wind instruments have fluttertongue -either by a recorded sample or a tremolo effect if no sample existed-. Strings and some winds (clarinet, brass) are able to do portamento-style glissandos, with or without tremolo / flutter. All strings have sordino and sul ponticello sounds. Articulation is more precise: staccatos under a slur aren't played as staccatos but as detaché / mezzo-staccato, end of slurs are slightly shorter and softer, and non-slur notes are slightly detaché, to improve phrasing, and dynamics were fine tuned.
Please, all comments are welcome, specially if you have questions, or think that something could be improved.
To use the rules, it's necessary to replace the content of the folder: 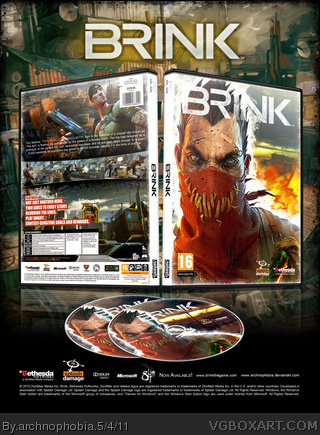 (programs)/notion 3/support/PlugInData/PLK
with the PLK folder in the .rar file.
Download

Please, backup your current rules and presets before using these.
Also, thanks to pcartwright, dgriffee and Erufalion for their contribution to these forums . I'd be lost if it wasn't for their work on Rules.

USAGE:
The rules are pretty automatic. Only the Glissandos/portamento effects need some tweaking to work properly. 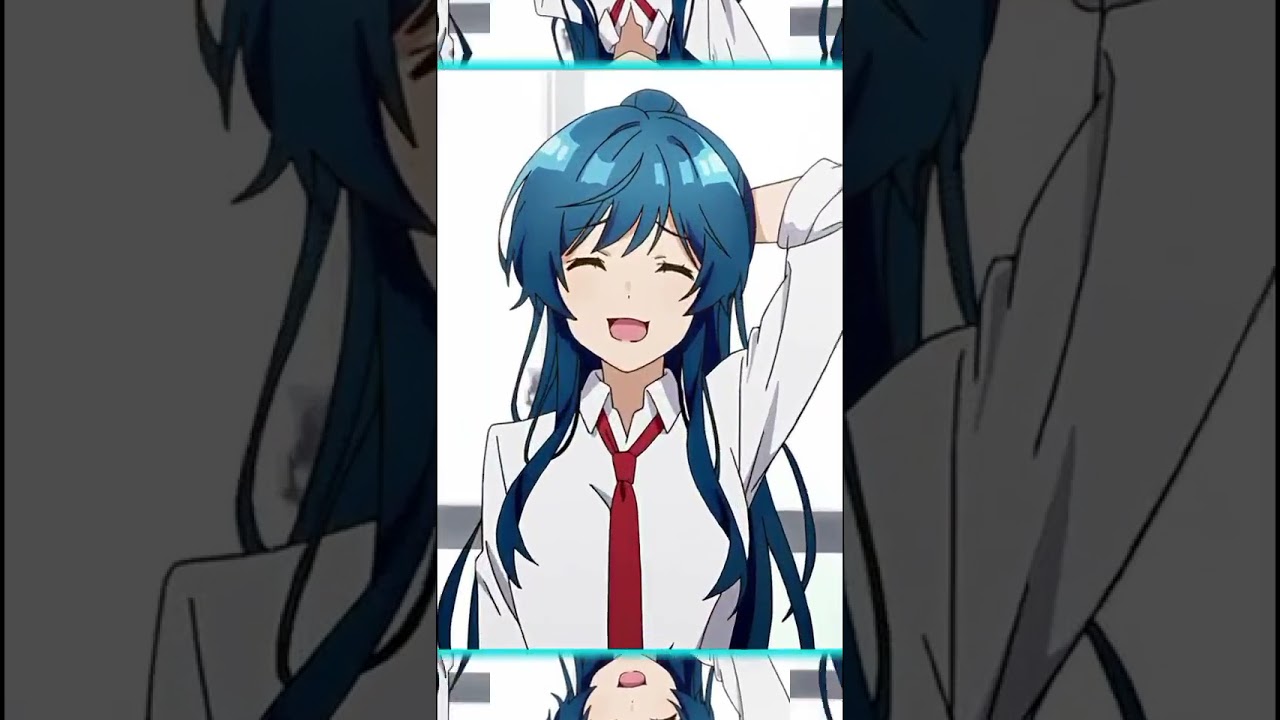 HOW TO CREATE REALISTIC GLISSANDOS/SLIDES:
With these rules, instruments in Miroslav can play seamless glissandi (portamento) between two or more notes and at 3 different speeds. But In order to work, the following conditions are required:
-The notes must be linked by the Slide up or Slide Down lines, from the palette (shortcut ')
-At least the LAST note has to have one of these techniques attached to it (of course the attachments can be hidden):
'slide' for quick slides.
'gliss. up' or 'gliss. down' for normal portamento
'gliss. up slow' or 'gliss. down slow' for slow portamento.
-The notes must overlap for portamento to work, so it's necessary to edit their durations by dragging the gray lines in the Sequencer Overlay. Actually, a realistic glide is achieved by antecipating the second note, otherwise the glissandi starts too late.
Here you can see how to write the glissandi so they work:
NEW: SOLFEGE CHOIR
A split M/F choir that spells NOTE NAMES!
I edited the MIXED CHOIR preset and created rules so the Choir now sings note names! I want to believe I thought about an educational tool and also a choir that sounds more realistic and dramatic by spelling different sylabes thru the melodies. And also as a better alternative to 'Vocal' for song writing. But the truth is that I did this for FUN!
To tell the choir to say the notes, you have to place a 'custom sounds 1' technique marking (done by typing Apostrophe then S and 1). Otherwise the Choir just sings 'Ah' as usual. You can use the 'normale' technique to 'turn off' note names anytime.
This is how it sounds:

DETAILED LOG:
Here I provide detailed information on what was done with the original rules and presets.
BASS CLARINET FIXED :
-Fixed the absent Bass Clarinet problem by 'hacking' a byte in the Bass Clarinet preset file!
[Note: previously, there was no Bass Clarinet, and there were 2 Clarinet presets in the Miroslav instrument list in Notion, because the instrument-id inside the file was set to 12004 (clarinet) instead of 12051. I didn't know how to fix it by other means .]
FRENCH HORN:
-A FF horn sample was set in channels 15 and 16, triggered by high velocities only, as a layer to brighten horn sounds in forte to fortissimo dynamics.
CLARINET TRILLS:
[Note: the Clarinet is the only Miroslav instrument that has both 1/2 and 1 step trills samples. All the other instruments have to do played trills]
-Added trill samples to channels 15 and 16 of the clarinet preset file. Had to Tune up the whole trill using the Miroslav interface tuning, because the starting note was 75 cents lowert a quarter tone lower. Maybe it has been expanded digitally.
-Added a rule to play the sampled trills (only on the clarinet).
TREMOLO / FLUTTERTONGUE
-Added channel 11 with digital tremolo effect to simulate tremolo/fluttertongue/roll to the following instrument presets: clarinet, bass clarinet, trombone, bass trombone, trombones, trumpet, trumpets, oboe, oboes, bassoon, english horn, bassoons. [*An LFO could be used in the future for more precise control of this tremolo]
-added channel 11 with Flute fluttertongue sound to the Piccolo preset.
-Added a rule to also play tremolo (switch to channel 11) when 'fluttertongue' technique is written on the score.
GLISSANDOS: -Added channels 4 and 5 with Miroslav 'legato' mode (for portamento), and mapped Portamento (Gliss) control to CC20 in those channels, to the following instrument presets: clarinet, bass clarinet, trombone, bass trombone, violin, viola, violas, violoncello, cellos, contrabass, double basses, clarinets, trombones, trumpet, tuba, fr. horn, trumpets
-Channel 5 was created in most instruments for tremolo/flutter glissando. Again, added a digital tremolo effect to the channel if no tremolo/flutter sample was available.
-Added rules to play portamento (for clarinet, strings and brass glissandos and timpani glides). Rules may work with any instrument that can do slides as far as the channels 4 and 5 are set up in the presets.
PHRASING / ARTICULATION:
Added rule to shorten and soften notes at the end of slur. This works fine to separate phrases, breaths and bows. (Thanks dgriffee for his work on the general phrasing rules).
Added rules to play staccato under slur as detaché/mezzo-staccato. [note: in most instruments, slurred staccato means mezzo-staccato. In bowed strings it means detaché notes using a single bow stroke. This rule works fine in all cases]
Added rules to play non-slurred note as detaché, reducing its duration a little.

MORE STRING TECHNIQUES:
Added channels 12 (mute) and 13 (mute staccato) with the best possible sounds to all string instruments.
Added channels 14 (sul ponte) and 15 (sul ponte tremolo) with the best possible sounds to the strings.
**If no mute or ponticello sample existed, a normal sound was equalized to simulate these techniques.
FURTHER NOTES AND MIROSLAV LIMITATIONS:
Octave transposition in instruments like Piccolo, Double Bass, Tuba, etc. isn't working right away, even with the original rules and presets. The octave transposition is set correctly in the Staff Settings dialog, but it only takes effect is the user opens and closes the dialog. I don't know how to fix it.
Viola doesn't have a looped tremolo but a sound was created using an effect. Timpani doesn't have a looped roll, only crescendo short rolls, and the tremolo effect doesn't work in this case.

Joe Pendry and Dave McGinnis, two former assistants to Dave Wannstedt, have previous ties to Mark Hatley and are the two most obvious candidates to make Hatley's preliminary list of prospects to coach the Bears.

Wannstedt was one of five NFL coaches fired Monday, joining Baltimore's Ted Marchibroda, Carolina's Dom Capers, Philadelphia's Ray Rhodes and Seattle's Dennis Erickson on the bench. Capers is the most likely to land first after taking the expansion Panthers to the 1996 NFC title game in their second year of existence.

With June Jones leaving the San Diego Chargers for the University of Hawaii and the Cleveland Browns returning as an expansion team, the scramble for jobs adds an urgency to the hiring process. In 1993, the Bears raced the New York Giants to land Wannstedt, the league's hottest prospect.

Bears Hall of Fame linebacker Mike Singletary also has been mentioned within the Bears' organization as a longshot candidate, though he has no coaching experience on any level.

Hatley's role in the screening process apparently eliminates anyone such as Green Bay's Mike Holmgren, who has permission to pursue a dual role as coach-general manager.

'Basically I'm compatible with anybody who wants to win a Super Bowl,' Hatley said. But Hatley also seemed to limit his choices to coaches, ruling out Singletary. 'There is no preset notion on a college coach, NFL coordinator, NFL head coach or ex-head coach,' Hatley said.

Since Hatley didn't know until Monday he would be conducting a coaching search, he has barely started compiling the list of 10-12 preliminary names club President Michael McCaskey requested.

McCaskey said he had no plans to alter his organizational structure, so Hatley would be unlikely to recommend a coach who would want control over Hatley's role as vice president of personnel.

Kansas City's Marty Schottenheimer has been mentioned as a candidate in some circles, but when Hatley left the Chiefs for Chicago he said he wanted to put his own stamp on a team.

Pendry was offensive coordinator of the Chiefs when Hatley was there and with the Panthers when Capers got them to the NFC title game. Criticized in both places for being too conservative, Pendry shares Hatley's philosophy of a powerful running game featuring big backs such as Curtis Enis. Pendry also gets credit for coaching Bills quarterback Doug Flutie.

McGinnis was the Bears' linebacker coach under Wannstedt and Mike Ditka and, like Hatley, is a former assistant coach at Texas Christian University.

Former San Francisco coach George Seifert is expected to return to the sidelines, with Seattle at the top of his list.