Using VMWare ESXi and PFsense as a network firewall/router

Does the network exist? Is vmware fusion running? Is virtualbox running? Is the pfSense/gateway VM running? Does the pfSense LAN interface have the correct IP address? ' exit 1: else: echo ' added route to 172.16.2.0/24 via 172.16.1.1. ' fi # ##### exit 0. Go to VMware vsphere client, and start 'Install VMware Tools' onto the pfsense-VM, as usual, we need to mount the CD-ROM in order to get the VMware Tools executable. First, we create some tmp folders first for VMware Tools: cd / mkdir tmp2 mkdir tmpp. Mounting the CD-ROM to. This video tutorial shows how to install and configure pfSense 2.4.5 Firewall on VMware Workstation step by step. This tutorial is also helpful to installing.

In most networks, you will have dedicated hardware to function as your “edge” (firewall/router). This is typically for the best, but there are always cases where you can’t put out that dedicated hardware. Sometimes it’s for cost reasons and sometimes it’s for complexity. In my particular case, I was installing an ESXi server in a datacenter and only had 2 amps of power to work with, of which my server took up ~1.8amps at peak load. So cost came into play and we simply couldn’t afford to put in dedicated hardware that could push enough bits. In such cases, it is possible the setup ESXi on the network edge, in a reasonably secure fashion, with PFSense acting as a firewall. 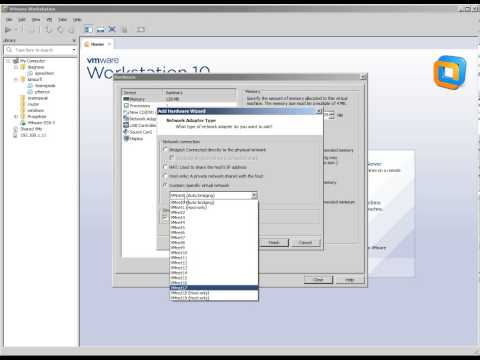 The most important requirement to this project is that your VMWare ESXi server has at least two network ports on it. One will be the WAN port, one will be the LAN port. Also throughout this tutorial I will use PFSense as my firewall/router OS of choice, however it is just an example that can be easily swapped out with any other virtualized firewall product. Some options include Palo Alto Networks, Fortinet, and even generic *NIX operating systems with the right forwarding/firewall setup.

There are two big questions after building a setup like this, the first is security. Since PFSense is the host to provide an interface on the WAN, it should be the only method of ingress into your network. With no VMware management interface on the WAN, there should be no way for an outside party to access ESXi directly. I’ve used this setup successfully (and safely) before, as have others. However, you always need to balance your particular security concerns with the cost of dedicated devices.

The second question is remote management/maintenance/failure. Managing ESXi remotely is easy, if you setup a VPN on your PFSense VM. Without that (or similar) you will not be able to remotely manage the box (by design). But what happens if there is a failure either in the VMWare hardware or the PFSense virtual machine? That’s the big failing point of this setup – you’re down. If, for whatever reason, PFsense dies – your network is offline and you cannot remotely manage it. If this hardware is installed in a dateacenter, you’d need to either get in there yourself or remote hands reboot. Something to keep in mind when balancing the cost issue. OF course, if it’s local (say you use this at home), then it’s not such a big deal.
I will note that this is the setup I use in my home network, which doubles as my homelab. Having a VM for a firewall gives me a lot of flexibility, like adding an entirely separate vSwitched network for experimental VMs. I can also swap out the firewall VM for another one with next to no downtime. It also allows me to skip one more piece of hardware at home which would add to my otherwise hefty powerbill.