Microsoft Office has been a go to tool for most of us for decades now. Though the Microsoft Office Suite came into being in 2000, separate applications like MS Word have been around since the 1980s. Microsoft has set the benchmark for the way office suites should be and all the companies have to meet the standards set by it. Many software companies have launched their suites to compete with the giant, Microsoft Office, including Google. But only a few even come closer to the features and functionalities offered by Microsoft Office.

Libre Office is one of the few office suites that can be considered to be the Microsoft Office alternative. Let’s dig deeper into the particular aspects and compare Libre Office with MS Office to find out where it lags and where it shines and if it is a worthy Microsoft Office alternative. LibreOffice / ˈliːbrə / is a free and open-source office productivity software suite, a project of The Document Foundation (TDF). It was forked in 2010 from OpenOffice.org, which was an open-sourced version of the earlier StarOffice. 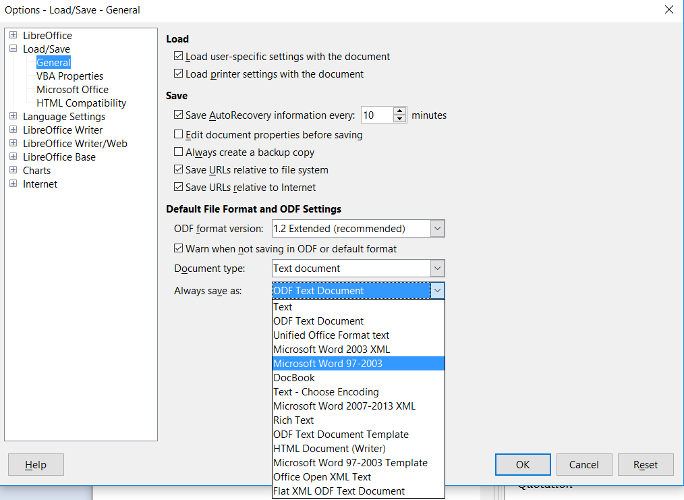 These are the tools offered by both the office suites. Microsoft Word and Libre Office Writer both offer similar capabilities.

Vector Graphics in Libre Office is a great addition. It is a free tool to create awesome graphics with lots and lots of great tools, a tool which Microsoft Office lacks. Although MS PowerPoint provides basic graphics options, they aren’t in any way comparable to Vector Graphics.

On the other hand, Libre Office lacks a Mailing app. Microsoft Outlook is a widely used application by individuals and organizations to sort their day to day mailing needs. However, one can easily download an extension from the vast library of add-ons available for Libre Office. Hence, mailing isn’t the thing where Libre Office would lose.

Libre Office, however, doesn’t offer any application to compete with Microsoft Publisher. Hence, it lacks there. In my past 12 years of usage, I have never felt the need of MS Published. However, if you are the one that needs the tool, you will miss it in Libre Office.

Hence, looking at the tools, we can factually announce Libre Office as a worthy Microsoft alternative.

File compatibility is an important issue and while doing the comparison, MS Office vs Libre Office, we have to discuss the issue. People using different office suites to create files may find it difficult to run these files on other suites. So, if you are a person who frequently shares these files with others using different office suites, you have to keep a keen eye on file compatibility.

Many users find it surprising that Libre Office supports more file formats than Microsoft Office. You can open traditional MS Office file formats like Docx and XLS and can also run many more formats than any other office suite available in the market.

It also provides the feature to export documents into the eBook format out of the box, which is a great addition for book lovers and students.

However, one should note that the files may not look exactly the same when imported to Libre Office, especially MS Office Files. Microsoft uses its own fonts and hence, the files may look a bit different than it used to in MS Office.

This isn’t a problem for most people but if you often work in collaboration with others, it would be better to stick with the same office suites you use.

The number of file formats that it supports aren’t secondary to Microsoft either and hence, is an awesome alternative of Microsoft Office

Libre Office is a free to download software for all the customers around the world. It offers you loads of features and apps to go through your work with ease. Also, Libre Office is an open-source tool which means that you can customize Libre Office to suit your needs any which way you like.

Libre Office is an open-source free to use platform and like all the other free-to-use platforms it also relies on community help for the support. However, Libre Office is different from all its competitors in a way. Because it is so popular, they have a vast community available for help for anyone in need. They already have the answers for most problems that may arise and if still your problem is new, you can approach the community, but unlike Microsoft you will have to wait for some time before you get the proper resolution.

In this comparison of Microsoft Office vs Libre Office, we have to take the user-interface and its customizability options offered into the account.

Libre Office, on the other hand, offered a bit outdated menu and toolbar options similar to what Microsoft Used to offer in the earlier days. Recently, Libre Office has added a ‘Notebook’ toolbar option which helps provide a new interface to the Ribbon.

If you are someone who works in collaboration very often and has to share files or even work on the same file at the same time, you have to look for the collaboration options available with both the suites.

Microsoft Office suite is available for Online use as well. You can create documents online, share them with your colleagues and work on them in collaboration. Although the online suite doesn’t contain as many features of customization, you can always download the file to your computer and use Microsoft Office on your pc to customize it to your need.

On the other hand, Libre Office doesn’t provide any option to collaborate with others. Although you can save the files on Google Drive or the Microsoft OneDrive, both of which are free to use cloud services, you can’t work with your colleagues on it in real time and can only use the device where you have the Libre Office installed.

Hence, the collaboration on Microsoft Office is a breeze while it isn’t just possible with Libre Office. This is the one logical place where I think the Libre Office seriously lags behind.

Microsoft has OneDrive which offers 5GB of free space and when you subscribe to Microsoft 365, you get 1 TB of cloud storage space per person for free, it turns out to be 6 TB in total. It means that you can save all your documents in real-time to your cloud storage and share them with your colleagues for easier collaboration.

On the other hand, The Document Foundation, the developer company of Libre Office, is a relatively small organization when compared to Microsoft but they do have a large customer base. Hence, Libre Office can’t provide any cloud storage space for free to all its users. Therefore, there is no inherent cloud storage option available with Libre Office.

However, you can still use lots of other cloud services to save your documents online to access them anywhere you like.

If you are a self-employed professional, a Student, Owner of a small business, Libre Office can provide you the best suite solution for you, your colleagues, and your employees. It is available for free and has all the necessary perks and features. You can use Libre Office to create word documents, project spreadsheets, your school and college projects, your business presentations, and draw amazing graphics with Libre Office. Also, Libre Office is an open-source tool so, it provides a lot more customization options than Microsoft Office.

Also, if you generally have to collaborate with people, you would still want to go either with Microsoft Office or if you are looking for a free tool, you may also consider Google Docs, Sheets, and Presentation.

This was our brief comparison, Microsoft Office vs Libre Office, their features, tools, User-interface and File compatibility. If you have any more query, do let us know, we would love to help you out.