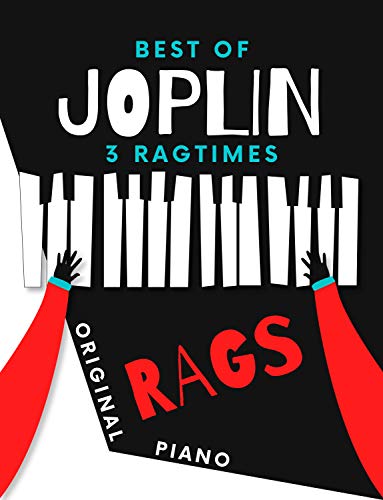 This piece by Scott Joplin was groundbreaking for the genre of rag music. This song preformed by Joplin on the piano became a template for the composers of rag music in the years to come. Joplin was deemed the “King of Ragtime” after releasing this piece, as he made incredible amounts of money off of this song.

This piece is remarkable in the fact that only one person is playing the piano, for the entire song. As this song starts off from the first note, Joplin doesn’t hesitate to establish the tempo and the overall element of time. There is no build up as the song begins, he jumps right into the continuous tempo and meter heard throughout the song from start to finish.

As well as establishing the tempo of the song from the beginning, an important characteristic established during this song is the repetition of off beat melodic phrasing. As established with rag time songs, the general structure is typically consisting of the left hand playing a melody and the right hand accompanying that melody. As this piece moves through time, the off beat playing of the melody and the accompaniment stay structured, meaning the stressed beats do not fall together. The aspect of syncopation can be analyzed throughout the whole song as well, and may very well be the most important aspect of this piece as a whole. As this song progresses and plays different melodies, you can hear the shift of the different melodies being played. These shifts occur in the song after the established melody and rhythm of the song is played through, about 20-30 seconds into the song. There are only several shifts and it seems that the syncopation allows for these shifts to notice. Joplin does not hesitate to make these shifts distinguishable either. As the shifts occur on the off beat of the melodies, Its easy to pick out where the several shifts occur. 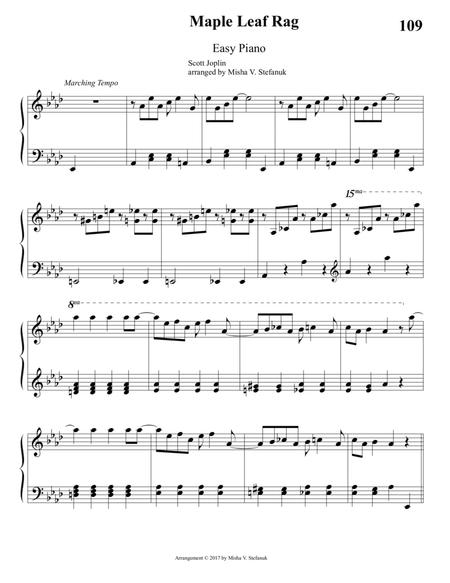 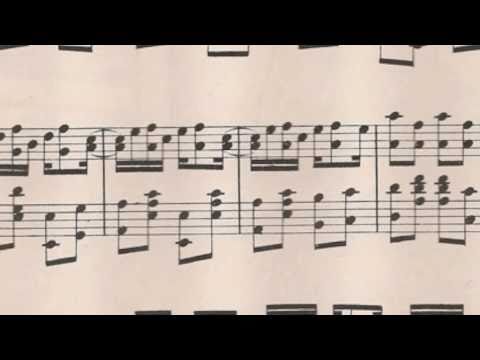 As we discuss the shifts in melody throughout this piece by parker, its important to know why each of the melodies is distinguishable. This piece that we are able to pick out is due to the connection between the pitch and rhythm of each melody. As the rhythm of each of the shifts is relatively same (only slows down a little towards the end), the pitch is how these phrases are distinguishable. Joplin executes this work with careful coordination and doesn’t seem to miss a beat. As if his left hand, the melodic undertone, seems to be automatic, Joplin adjusts the accompaniment to show how he uses syncopation almost as a character trait in this song. Since most of the song is focused on shifting the melodies from start to finish, Joplin uses a variety of phrases to make up the overall contour. A good example of the phrases he uses is the repetition of the first note. As joplin plays about 4 notes in his basic phrase, he repeats one of the notes, typically the first one to add to the off beat phrasing. This aspect is seen throughout the whole piece. Each transition from melody to melody puts a kink in the contour of the song. The pitch dives down at the end of a phrase to set up for the next melody, and then quickly hikes back up for the shift in melody. This pattern is found from start to finish, making it an extremely wide range of notes. Many of the notes that establish the syncopation in this piece Are very low, and the notes that help shift the melody or establish it are very high pitched.

Since there are only two possible layers for each section, the number of layers is not likely to change, however the function of the layers will change throughout. Some of the layers during the shifts even seem change tempo, adding to the timbre of the layers. The function of the layers has already been discussed as we see two layers, one establishing the melody and the other playing alongside it. It is almost natural for these two layers present to have a call and response structure to them. These layers work together to establish a rhythm, so it makes sense that as one plays a tune, the other is laying another series of notes overtop to respond. There is not a strict pattern as to which layer is responding and which layer is calling the other. Both seem to act and reverse rolls. The syncopation helps establish which layer is dominant as well as the structure of these seem conjunct.

There is also much repetition seen from phrase to phrase. When we talk about how this song shows a steady bass accompanied by several melodies, we can see how repetition is used to create separation as well. At the beginning and end of each shift, the melodic undertone is repeated twice then quickly drops off and the new melody is being played. This shift is important in upholding the harmonic character of the piece. Being that there is one instrument, and only two layers to the song. The variety in the contour as the song transitions from melody to melody is important.