Malwarebytes is an important security program to protect any user's computer. It is light-weight, fast, and best of all, excellent at removing the latest infections that may be in the wild. Malwarebytes is updated numerous times throughout the day, which allows you to stay protected from threats as they come out. One of the best parts of the program is that not only will it scan your computer free, but it will also remove any malware it finds at no cost to you either.

While scanning and cleaning a computer using Malwarebytes is always free, upgrading to the Premium version offers many benefits. This includes real-time protection, anti-ransomware, anti-exploit, and malicious website protection features.

Real-time protection monitors your computer in real-time and if you attempt open a malicious program or file, Malwarebytes will block it and automatically quarantine the file. This protects your from running infections that are disguised as free downloads or malicious attachments.

Finally, the malicious website protection feature will block your computer from accessing known malicious sites. These sites are labeled as malicious if they are known to offer malware, adware, pups, in-browser miners, or are hosting exploit kits. By using the malicious protect feature, your computer will be blocked from threats before they have a chance to attack you.

When a user installs Malwarebytes for the first time, they get all the features of the Premium version for free for 14 days. After that they can choose to upgrade to the Premium version or continue with the scan and clean features of the Free version. Regardless of whether or not you pay to activate Malwarebytes, we suggest that you install this program on your computer and perform a routine scan with it at least once a week. This will assure you that your computer is being secured from some the newest infections out there.

For those wishing to license Malwarebytes Premium for their entire household or business, Malwarebytes offers an interesting license option. They offer a base license for $39.99, which protects one computer for one year. You can then buy protection for additional devices for $10 more per devices. When buying a license, it is important to note that they are multi-platform. That means that the license can be used on Windows, Mac, or Android.

For a more detailed tutorial on how to clean your computer using Malwarebytes' Anti-Malware, please visit this guide: 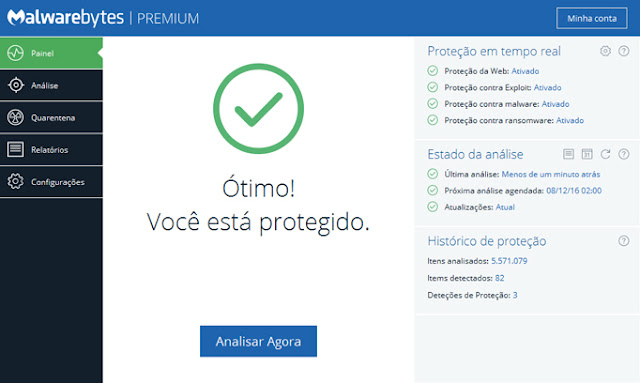