This extension provides galleries of network equipment shapes for LibreOffice, designed in a similar style to those offered by Microsoft Visio®. Description Provides a gallery of networking equipment shapes in isometric form for creating network diagrams.

In an effort to get off of Microsoft Office, I have been trying to use alternatives instead. OpenOffice Writer and Calc have been very competent substitutes for Word and Excel. But, every once in a while, I need to make some diagrams for a feature spec. Would OpenOffice Draw work instead of Visio?

A typical Visio I might produce is a collection of clip art, shapes, text, connectors and arrows. The diagrams themselves might be anything from how SMTP traffic flows from our system, over the WAN and back again, to in the package manager GUI.

Actually using OpenOffice Draw was a blast. It just feels like a modern, intuitive application. Granted, I'm not a Visio power user, but I'm hard pressed to find anything that Visio does that OpenOffice doesn't do. Draw even has some of its own features, like exporting to PDF. Oh, did I mention it was free?

In the end, I was totally satisfied with what I produced in OpenOffice Draw. While neither Visio or OpenOffice try to tackle UML diagrams, I was able to throw some together in Dia, and them import them into Draw.

Discover the history of LibreOffice and its predecessors! Here's a quick summary – and then read on for the details... 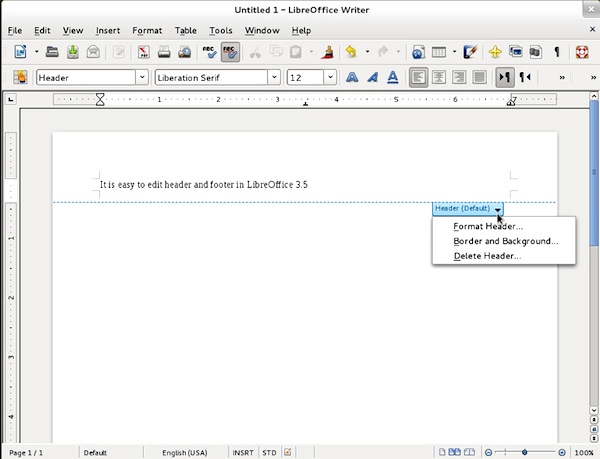 Star-Writer I, written by Marco Börries, is released - initially for CP/M on the Amstrad CPC, and later ported to DOS.
StarDivision is formed in Lüneburg, northern Germany

StarOffice 3.1 is released, the first version for Linux i386

StarOffice 5.2 is released as a free download for personal use
Sun Microsystems open sources StarOffice to create OpenOffice.org

OpenOffice.org XML, the default file format used by the suite, is contributed to the OASIS consortium - this is later developed into the Open Document Format (ODF)

OpenOffice.org 1.1 is released, with one-click export to PDF, and the ability to export presentations to Flash (SWF). It also allowed third-party add-ons

OpenOffice.org 3.0 is released, with a native interface on Mac OS X, OOXML import, and support for ODF 1.2. Also included is a new Start Center

The Document Foundation is announced by members of the OpenOffice.org community. It is a non-profit, independent, self-governing and democratic foundation to further the development of open source office software (incorporated in Berlin in 2012). The foundation's main project is LibreOffice, a fork of OpenOffice.org

MIMO, France’s inter-ministerial working group on free software, starts installing LibreOffice on nearly all 500,000 desktops of France’s ministries, including Energy, Defense, Interior, Education and Finance
LibreOffice 3.5 is released, with a native PostgreSQL driver, import of Microsoft Visio .vsd files, AES encryption support for ODF file encryption, and the ability to install on Microsoft Windows via a .msi file
LibreOffice 3.6 is released, with support for colour scales and data bars in Calc, a word count in the status bar, and 10 new Impress master pages
The second LibreOffice Conference is held in Berlin, Germany 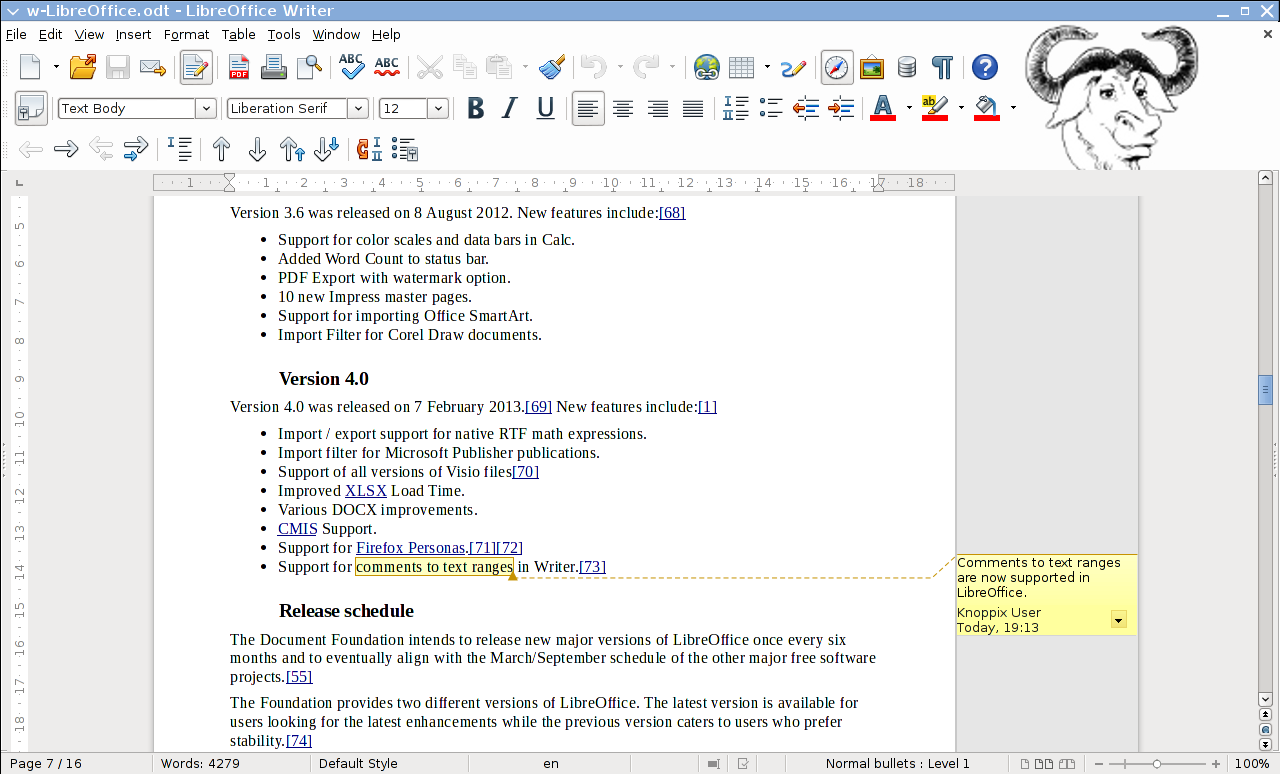 The administration of the Spanish region of Valencia completed the migration of all 120,000 PCs, including in schools and courts, to LibreOffice
LibreOffice 4.1 is released, with a new sidebar, gradient backgrounds, embedding fonts in documents, export of charts to ODC files, and text layout via Core Text on macOS and HarfBuzz on Linux
The LibreOffice Conference takes place in Milan, Italy

LibreOffice 4.2 is released, with file lists in the Start Center, calc performance improvements (including OpenCL for calculations via graphics cards), and import filters for Apple Keynote and AbiWord files
The Document Foundation announces the Document Liberation Project, which develops libraries to help open source applications handle proprietary file formats
The French city of Toulouse announces that it has saved €1 million by migrating thousands of workstations to LibreOffice
The United Kingdom government formally adopts the Open Document Format (ODF) as the standard for its documents 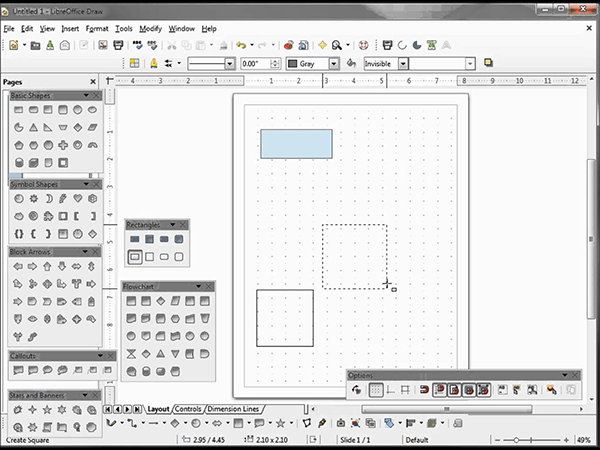 LibreOffice 4.3 is released, with new drawingML-based DOCX import/export filter for shapes and text frames, improved PDF import, a better default icon set, printable comments in margins, and support for paragraphs of over 65,536 characters in Writer
The LibreOffice Conference is held in Bern, Switzerland

LibreOffice 4.4 is released, with direct connectivity to OneDrive and SharePoint, import of Adobe PageMaker files, digital signing of PDFs, and user interface improvements
LibreOffice 5.0 is released, with style previews in the sidebar, emoji support in 22 languages, the ability to crop images in Writer, Microsoft Word-compatible text highlighting and shading, and a UI for controlling conditional formatting in Calc
The Italian Ministry of Defence announces that it will install LibreOffice on 120,000 PCs
The fifth LibreOffice Conference takes place in Aarhus, Denmark
The administration of the city of Nantes, France, announces that it has switched 5,000 PCs to LibreOffice, lowering the city's IT costs by EUR 1.6 million
Yi-Lan County in Taiwan migrates 9,000 PCs to LibreOffice

LibreOffice 5.3 is released, with table styles in Writer, new options for merging non-empty cells in Calc, improvements to colour and gradient management, better templates in Impress, and an experimental Notebookbar interface option. This is also the first full source code release of LibreOffice Online
LibreOffice 5.4 is released, with better document compatibility, pivot charts in Calc, custom watermarks in Writer, and transparent OpenPGP support for signing documents on Linux
The first LibreOffice certification interview in Asia was held in Taipei
The LibreOffice Conference is held in Rome, Italy with over 200 attendees

LibreOffice 6.0 is released, with major improvements in the desktop, cloud (LibreOffice online) and mobile versions. Document compatibility is improved, the user interface has been refined, and the help system has been updated
LibreOffice 6.1 is released, with new icon themes, improved EPUB export, a revamped image handling engine, sorting of images anchored to Cells in Calc, and updates to LibreOffice Online
The LibreOffice Conference 2018 takes place in Tirana, Albania. Here's a quick video recap:
The Municipality of Tirana moves to open source software and open standards by migrating to LibreOffice

LibreOffice 6.4 is released, with many features: the ability to export whole spreadsheets as a single PDF page; text box consolidation in Draw; improved handling of comments; and better Microsoft Office compatibility
LibreOffice 7.0

is released, with many improvements to compatibility, performance and usability - plus plenty of new features to explore!
The joint OpenSUSE + LibreOffice Conference 2020 takes place online this year, due to the pandemic. Check out all the talks and presentations!

LibreOffice 7.1 is released, with physics-based animations in Impress, a Styles Inspector in Writer, ScriptForge macro resources, and more:
That's the story so far – but there's so much more to come!