Joe Budden has announced that he will pull The Joe Budden Podcast from Spotify after two years on the platform, partially because the company is “pillaging” his audience. The “Pump It Up” singer. Two years ago, Spotify signed a high-profile deal with Joe Budden, whose popular podcast delves into hip-hop music, news and cultural events. Now, however, Budden is vowing to end his exclusive.

After 15 years in the music industry which included a top 40 hit (“Pump It Up”), nearly 20 projects released, beefs with JAY Z, Eminem, The Game and more, it’s safe to say that Joe Budden has reached new heights of his entertainment career.

The former rapper-turned-budding media mogul is having one of the best years of his life after committing what many saw as career suicide when he left his role as co-host of Complex’s widely popular Everyday Struggle show.

After debuting his podcast The Joe Budden Podcast, originally titled I’ll Name This Podcast Later, in early 2015, the team has grown the show into one of the hottest podcasts currently thanks to Budden’s insightful music industry knowledge and experience, brutal honesty and overall chemistry of the trio broadcasters.

The podcast has been a great amplifier for my voice but fast growing into a platform for more and more artists to share their own personal feelings, stories and experiences.

Since leaving Everyday Struggle Budden doubled down on his media brand, which has yielded some great results, including an exclusive partnership with Spotify to host The Joe Budden Podcast and the launch of his State of the Culture show with REVOLT TV on Sept. 10.

Here are a few lessons independent artists can learn from Joe Budden on artistic integrity, building your brand, engaging with your fanbase, the power of creators and sticking with your vision.

Creators have the power

I created that show. I’ll create another if need be, and another, and another. It’s when you can’t create that you move without integrity.

Budden said it best when he said “creators create.” As an artist, the power of creativity and creation lies with him. It doesn’t matter whether it’s a YouTube channel, podcast, Everyday Struggle, Twitter or a TV show, Budden has the ability to create content so he can pick and choose whichever platform suits his message.

Everyday Struggle hasn’t been the same ever since Budden left, even though they still have the same advertising budget and resources behind the show. How come? It’s because they’re the platform and they depend on creators like Budden to create a dope show that resonates with the masses.

Stay true to your artistic vision

Love him or hate him, you can’t deny that Budden didn’t stay true to himself. Never one to hop on trends or chase fads, Budden stuck to his guns and spoke passionately about what he knew best: hip hop culture.

So when Complex Media didn’t want to pay him what he thought he was worth, he walked away with his integrity intact, knowing that he never had to compromise his brand for a cheque. 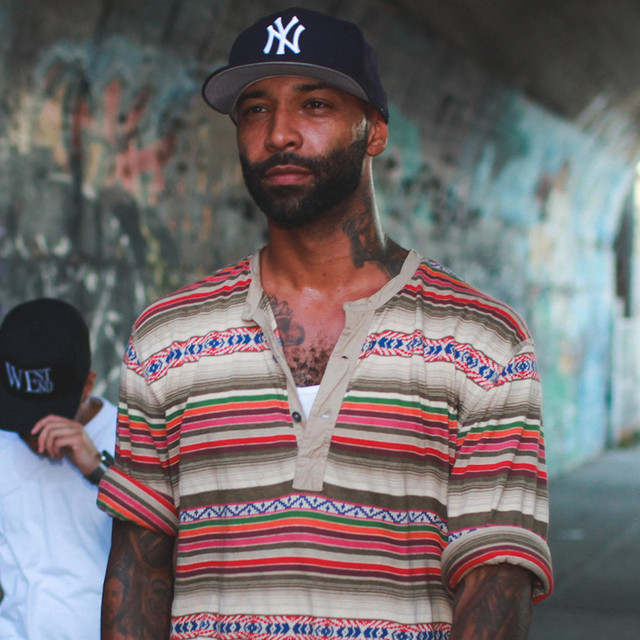 As a creator, Budden knew he could take his talents, apply it to any platform and build up the same success.

Take your time and build your brand

The podcast is unique in the sense that people who may not necessarily be a fan of Joe Budden music, may not mind hearing Joe Budden talk and speak about music and things related to culture.

Budden launched The Joe Budden Podcast back in early 2015 and has been very vocal about not sacrificing his content for quick advertising dollars.

It took nearly 4 years for Budden and his team to properly monetize the podcast with an exclusive Spotify partnership which will enable them to double their output, releasing a new show every Wednesday and Saturday.

How Much Was Joe Budden Spotify Deal Worth

By not sacrificing their content for short term monetary gains and sticking to their vision, Budden, Rory and Mal built a fanbase that will support them every chance they get. Getting a quick bag is one thing, building a loyal fanbase is a whole different thing.

I’ve been one of the artists who prided himself on fan interaction for my entire career. Before the internet, it was a part of people’s marketing team. I was always trying to talk to my fans and gauge their thought process and how they felt as consumers of the music. That hasn’t changed and it’s stayed consistent. We have all types of media that allow us to do that with Twitter, Instagram and all the social networks. That’ll never change. I’ll always want to hear from my fans whether one or one million.

Over the last two years “The Joe Budden Podcast with Rory and Mal” has become very popular. Dissecting pop culture, talking about gender roles, and even a few celebrity guests, Joe Budden has done quite well for himself on the Spotify streaming service.

Unfortunately, that relationship is quickly coming to an end. The outspoken artist took to the mic and let us all know the tea. Joe claims that Spotify is “pillaging” his audience and that his show has been continuously “undermined and undervalued.”

On the August 26 episode, he said “September 23rd, I cannot tell you where this podcast will be. But as it stands, I can tell you where it will not be, and that is Spotify.” He also went on to add, “Spotify never cared about this podcast individually. Spotify only cared about our contribution to the platform. You pillage the audience from the podcast, and you’ve continued to pillage each step of the way without any regard.”

A Spotify rep neither confirmed or denied these allegations, saying talks with Joe were “ongoing.”