Joe Budden Joe Budden, one of Spotify’s biggest exclusive podcasters, is leaving the platform. He and his show will no longer be exclusive to Spotify after September 23rd, he says in his most.

If anyone knew what “podding” could do for the culture as this decade roared on, Joe Budden most certainly did. Today, the Pod-Father has partnered with Patreon, bringing his eponymous podcast, network, and related exclusive content to the platform.

Patreon announced the new connection via a blog post on Wednesday (Feb. 3), highlighting that Joe Budden will not only bring behind the scenes content, bonus footage, and other perks via the tiered pay system, but he also granted a new position title as Head of Creator Equity.

Most fans of The Joe Budden Podcast with Rory & Mal will no doubt note that the 40-year-old retired rapper has long championed the creators, using his growing network as a launching pad by providing jobs and opportunities for others in the same spaces he occupies. This all comes in the wake of an exclusive podcast deal with Spotify that ended in September 2020 on something of a sour note as both sides failed to agree on a new deal that was fair to the popular broadcaster and his growing squad.

Since the deal ended, Budden has launched his network, continued providing his twice-weekly podcast with co-hosts Rory, Mal, and Parks, launched two women-led podcasts, and other deals away from the public gaze. Many outsiders and observers felt that Budden lost out on a massive financial opportunity for not resigning with Spotify but it was clear the New Jersey by way of Queens, New York native had larger designs on expanding his growing empire.

“I’ve seen firsthand that exploitation is everywhere in this industry – it’s become the status quo, and I’m tired of it. I’m tired of constantly fighting for independence, and I’m tired of proving my value over and over again,” Budden offered by way of a hearty statement via Patreon’s blog.

He continued, “This partnership with Patreon marks a new era for the creative economy: one where independence comes first, and creators get paid – something that shouldn’t be revolutionary. Creators should get the biggest stake in their art, and the system isn’t ready to do that, so we’re going to change the system. This is the new blueprint, and we are the first.”

Congratulations to Joe Budden and his entire team on securing another hefty bag. Let’s hope Cash App is still Gang Gang too, however. Them boys are really poddin’ now. Please follow this link to get more information about the JBP Network’s offerings and how to become a patron.

Keep scrolling to see reactions to Joe Budden’s Patreon deal from Twitter and a video from the man himself. Tah-Dah! 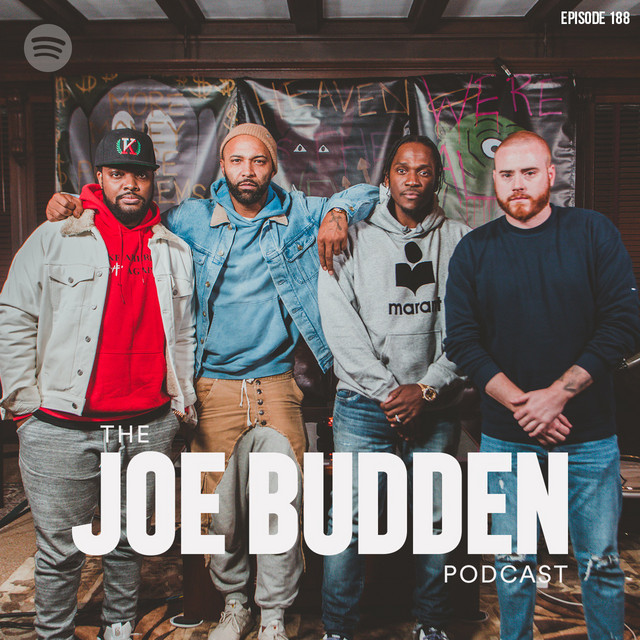 Starting September 12, 2018, Spotify will be the home of the popular podcast that features Budden and his co-hosts Rory and Mal. New episodes will drop every Wednesday and Saturday and as of today, all 175 episodes are available on the streaming platform. The show features them either breaking down the latest shenanigans going on in the hip-hop, music, social matters and interviews with unfiltered opinions. Oh, and of course Joe hilariously reading Nicki Minaj’s Trump-like tweets in her voice.

How Much Is Joe Budden Spotify Deal

Budden had this to say about his big move in a press release:

“I’d like to thank Spotify for this tremendous opportunity to take The Joe Budden Podcast and podcasting in general to heights never before seen. Our partnership is extremely humbling for me and adds yet another chapter to a career full of plot twists. This highlights a new way of thinking & a corporate “head nod” to the shift taking place before our very eyes. I’m even more thrilled to embark on this journey with some of my closest friends & ppl I love. The podcast has been a great amplifier for my voice but fast growing into a platform for more & more artists to share their own personal feelings/stories/experiences. I’m anxious to get started & optimistic about what’s to come. While companies are spending endless amounts of dollars and research to find out what consumers want, how they want it & who they want it from, we’re in a space where all you have to do is listen to the ppl. Again, thank you Spotify for listening.”

The Joe Budden Podcast joins the likes of other exclusive Spotify content such as the RapCaviar enhanced playlist, vertical music videos and podcasts like Dissect, Microphone Check and Good As Hell.

That’s not where the winning stops for Joe either, he also announced this week the premiere date for his long talked about Revolt show “State of The Culture.” Budden in a promo press conference doesn’t directly announce the date but the show’s September 10 debut is revealed in the video’s description with a special to follow on September 11.

You can watch the full announcement for the show below and salute Joe Budden for the major moves.

Our staff has picked their favorite stations, take a listen...