Dropbox is a file sharing system with a GNU/Linux client. Use it to transparently sync files across computers and architectures. Simply drop files into your ~/Dropbox folder, and they will automatically sync to your centralized repository.

Dropbox is a popular cloud file hosting service that allows synchronizing files between Dropbox’s servers and other devices. While quite popular, Dropbox has not released an ARM client for the Linux operating system. To make Dropbox possible on the Raspberry Pi, we will be making use of a little script that works by utilizing Dropbox’s API.

dropboxAUR can be installed. As a last resort, the Dropbox website has instructions for a headless install via command line.

Before launching dropboxAUR for the first time, it is mandatory to have python-gpgme installed. Otherwise, the program is unable to sign the binaries and verify the signatures, when it's started the next time. For some reason, dropboxAUR has not marked this package as a required dependency but it is still such.

Note that in order to access the GUI and the settings, the only way is via a tray icon. You need an X panel with a system tray or a standalone system tray application for that.

Since at least version 2.4.6 (see comments around 2013-11-06 on AUR), Dropbox has had an auto-update capability which downloads a new binary to the ~/.dropbox-dist/ folder. The service then attempts to hand over control to this binary and dies, causing systemd to re-start the service, generating a conflict and an endless loop of log-filling, CPU-eating misery.

A workaround is to prevent Dropbox from downloading the automatic update by creating the ~/.dropbox-dist/ folder and making it read-only:

This appears to be necessary for modern Dropbox clients to operate successfully from systemd on arch.

In the Dropbox preferences, under the 'General' tab there should be a 'Start Dropbox on system startup' checkbox. Try checking this box and seeing if Dropbox starts automatically.

If that does not work, uncheck the box and use one of the following methods instead:

Autostart with your WM/DE

For KDE users, no further steps are required, as KDE saves running applications when logging out and restarts them automatically. Similarly for Xfce users, Dropbox will be restarted automatically next time you login since the dropbox.desktop file has been placed in ~/.config/autostart.

For Cinnamon users, it's recommended to start Dropbox client by configuring Startup Applications with a little delay (Cinnamon issue #4396). Starting Dropbox with systemd works, running in background, but there's is no icon on systray due to some Cinnamon bugs (#481, #2846).

If that does not work, you can start the Dropbox sync client along with your window manager by adding /usr/bin/dropbox & to your xinitrc (or ~/.config/openbox/autostart, depending on your setup).

Autostart on boot with systemd

To have Dropbox automatically start when your system boots, simply enable the systemd service, passing your username as the instance identifier. The service unit to be enabled takes the format [email protected]username.

By default, running the service does not give you an icon in the system tray because it does not know which X display to use. If you want to have tray support, you must edit the provided service:

Note that with the above edit Dropbox will fail to start unless an X session is launched.

Autostart on login with systemd

To have Dropbox automatically start when you log in, simply enable the user service.

If you want Dropbox to appear in your system tray, you will need to edit the service unit so that it knows which X display the system tray is in:

Note that with the above edit Dropbox will fail to start unless an X session is launched.

Accessing the files without installing a sync client

If all you need is basic access to the files in your Dropbox, you can use the web interface at https://www.dropbox.com/ to upload and download files to your Dropbox. This can be a viable alternative to running a Dropbox daemon and mirroring all the files on your own machine.

If you want to store sensitive data in your Dropbox, you should encrypt it before doing so. Syncing to Dropbox is encrypted, but all files are (for the time being) stored on the server unencrypted just as you put them in your Dropbox.

Assuming you have set your Dropbox directory as ~/Dropbox:

Create a folder. Files you want synced to Dropbox will go in here.

Run the following and enter a password when asked:

Your secure folder is ready for use; creating any file inside ~/Private will automatically encrypt it into ~/Dropbox/Encrypted, which will then be synced to your cloud storage. 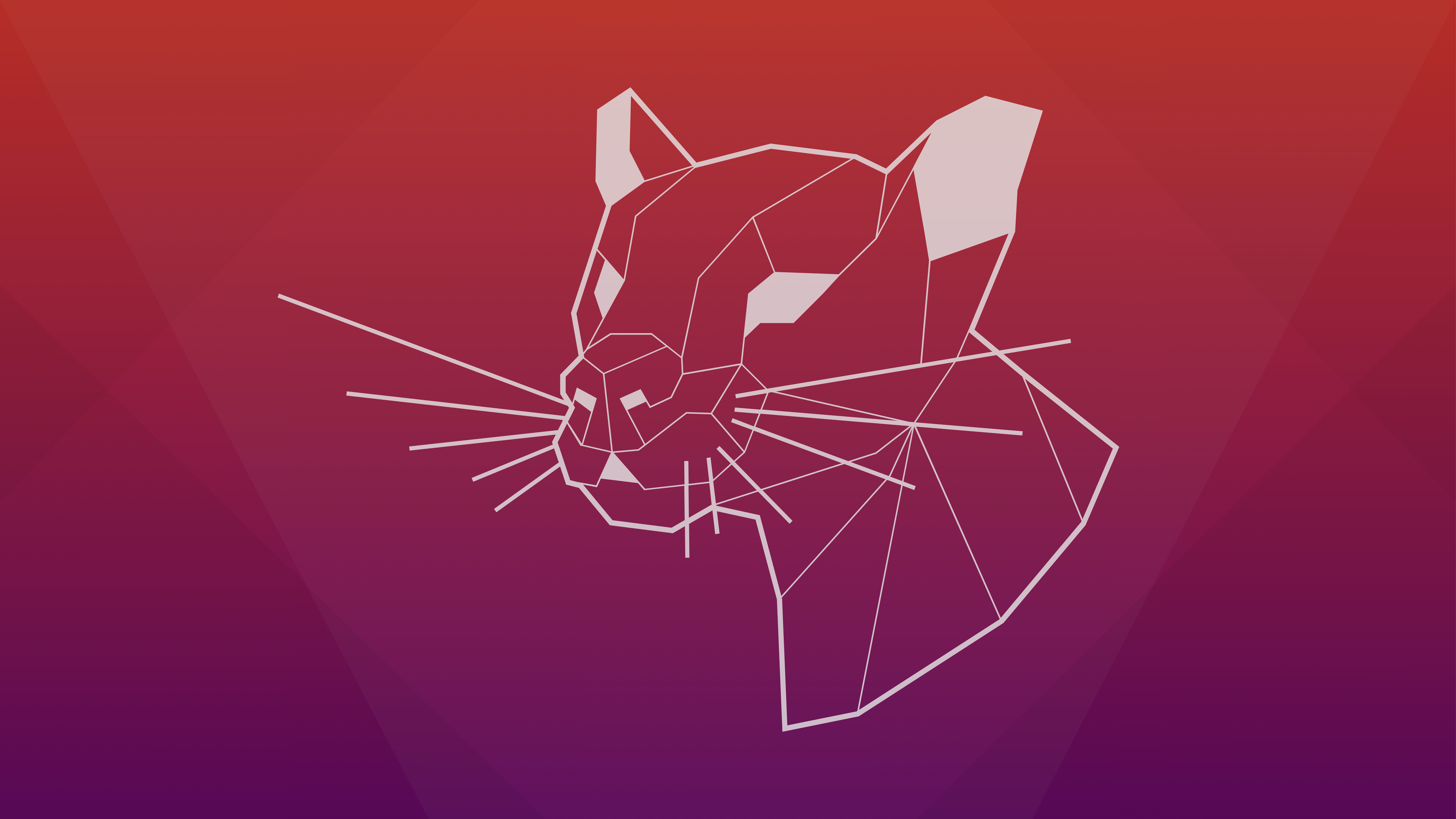 To mount your EncFS folder on every boot, follow the instructions in the EncFS wiki page.

Tip: Consider using the ENCFS6_CONFIG variable and moving the .encfs6.xml file to another location (like a USB stick), to help ensure that your encrypted data and the means to realistically decrypt it do not exist together online.

If you need to separate or distinguish your data, personal and work usage for example, you can subscribe to Dropbox with different email addresses and have their directories synced by different Dropbox instances running on a single machine.

The basic principle and general how-to are described in the Dropbox Wiki.

To summarize, you can setup new or additional instances with:

Once that is done, stop any Dropbox instance still running and start them like this:

Dropbox itself is pretty good at dealing with connectivity problems. If you have a laptop and roam between different network environments, Dropbox will have problems reconnecting if you do not restart it. Try one of the methods described below first, if for some reason the problem remains, you may try one of these hackish solutions: [1], [2].

Note: When using any of these methods, you need to prevent Dropbox from doing a standard autostart by unchecking Dropbox - Preferences - General - Start Dropbox on system startup. This prevents Dropbox from creating the ~/.config/autostart/dropbox.desktop file and thus from starting twice.

For netctl, use ExecUpPost and ExecDownPre respectively in every network profile you use, or for example in /etc/netctl/interfaces/wlan0 to start Dropbox automatically whenever profile on wlan0 is active. Add ' true' to your command to make sure netctl will bring up your profile, although Dropbox fails to start.

Obviously, your_user has to be edited and any other code; can be omitted if you do not have any. The above will make sure that Dropbox is running only if there is a network profile active.

For NetworkManager, use its dispatcher feature.

or, for the systemd alternative:

Do not forget to change scripts to be owned by root and to make them executable.

or, if you use Dropbox with systemd:

or, if you use Dropbox with systemd:

Do not forget to make the above scripts executable.

Workarounds have been created, see for example dropbox-fix2AUR. These workarounds are based on substituting the filesystem detection functions by the use of LD_PRELOAD.

It is also possible to create an ext4 formatted sparse file within a non-ext4 filesystem. It can then be mounted to the desired location for the Dropbox folder. On btrfs systems, it's recommended to disable copy-on-write.

But in fact now files are synced with your box. This problem is likely to appear when your Dropbox folder is located on a NTFS partition whose mount path contains spaces, or permissions are not set for that partition. See more in the forums. To resolve the problem pay attention to your entry in /etc/fstab. Avoid spaces in the mount path and set write permissions with the 'default_permissions' option:

Change the Dropbox location from the installation wizard

Some users experience the problem during setting-up Dropbox that they cannot select a Dropbox folder other than /home/username/Dropbox. In this case when the window for changing the path is shown , hit Ctrl+l, enter the location (e.g. /mnt/data/Dropbox) and click on the Choose or Open button.

Context menu entries in file manager do not work

Several file managers such as Thunar, GNOME Files or its fork Nemo come with extensions that provide context menu entries for files and folders inside your Dropbox. Most of them will result in a browser action such as opening the file or folder in dropbox.com or sharing the link. If you experience these entries not working, then it is likely you have not set the $BROWSER variable which Dropbox requires. See Environment variables for details.

An alternative solution, for those not using netctl or NetworkManager, is to delay the startup of Dropbox:

Make sure that you own Dropbox's directories before running the application. This includes

You can ensure this by changing their owner with chown -R.

This error could also be caused by /var being full.

Errors caused by running out of space

A common error that might happen is that there is no more available space on your /tmp and /var partitions. If this happens, Dropbox will crash on startup with the following error in its log:

A detailed story of such an occurrence can be found in the forums. Make sure there is enough space available before launching Dropbox.

Another case is when the root partition is full:

Check to see the available space on partitions with df.

If you have a lot of files to sync in your Dropbox folder, you might get the following error:

This can be fixed easily by adding

to /etc/sysctl.d/99-sysctl.conf and then reload the kernel parameters

The easiest way to set Dropbox's proxy settings is by defining them manually in the Proxies tab of the Preferences window. Alternatively, you can also set it to 'Auto-detect' and then export your proxy server to the http_proxy env variable prior to starting Dropbox (HTTP_PROXY is also usable)

GNOME 3.26 removed support for tray icons in bug 785956 which will prevent the Dropbox icon from showing. To restore tray icons an appropriate extension such as App Indicator needs to be installed.

Since Cinnamon is using XApp.StatusIcon (replacing the deprecated Gtk.StatusIcon in GNOME, see above) to pass information through dbus in multiple desktop environments, make sure you have the XApp Status Applet (xapp-status) installed and added to the panel, otherwise the Dropbox status icon might not display at all.

If attempting to open the system tray Sign In option fails, especially in i3-wm, it may be because the qt5 dependency is missing. Install qt5-base.