Shiny includes a number of facilities for laying out the components of an application. This guide describes the following application layout features:

All these features are made available via Bootstrap, an extremely popular HTML/CSS framework (though no prior experience with Bootstrap is assumed). Shiny currently defaults to Bootstrap 3. To upgrade to a more recent version and/or implement custom Bootstrap themes, check out the application themes article.

Free CSS Template is a ready-made web design layout based on Cascading Style Sheets (CSS) that format HTML web pages. It is easy to modify in HTML editors such as Notepad or Dreamweaver to put your own content text and images. After that, you can publish your own website on any hosting. You can download 560+ CSS templates from TemplateMo. Layout Templates These HTML layout templates provide a basic layout that enables you to create a website by 'filling in the blanks'. The templates are HTML5-compliant and they use elements that were introduced in HTML5 such as,. CSS Grid Layout. The CSS Grid Layout Module offers a grid-based layout system, with rows and columns, making it easier to design web pages without having to use floats and positioning. Learn more about CSS grids in our CSS Grid View chapter.

The sidebar layout is a useful starting point for most applications. This layout provides a sidebar for inputs and a large main area for output:

Here’s the code used to create this layout:

Note that the sidebar can be positioned to the left (the default) or right of the main area. For example, to position the sidebar to the right you would use this code:

The familiar sidebarLayout() described above makes use of Shiny’s lower-level grid layout functions. Rows are created by the fluidRow() function and include columns defined by the column() function. Column widths are based on the Bootstrap 12-wide grid system, so should add up to 12 within a fluidRow() container.

The first parameter to the column() function is it’s width (out of a total of 12 columns). It’s also possible to offset the position of columns to achieve more precise control over the location of UI elements. You can move columns to the right by adding the offset parameter to the column() function. Each unit of offset increases the left-margin of a column by a whole column.

Here’s an example of a UI with a plot at the top and three columns at the bottom that contain the inputs that drive the plot:

The code required to implement this UI is as follows:

There are a few important things to note here:

Grid layouts can be used anywhere within a fluidPage() and can even be nested within each other. You can find out more about grid layouts in the Grid Layouts in Depth section below.

Often applications need to subdivide their user-interface into discrete sections. This can be accomplished using the tabsetPanel() function. For example:

The code required to create this UI is:

Tabs can be located above (the default), below, left, or to the right of tab content. For example, to position the tabs below the tab content you would use this code:

When you have more than a handful of tabPanels the navlistPanel() may be a good alternative to tabsetPanel(). A navlist presents the various components as a sidebar list rather than using tabs. It also supports section heading and separators for longer lists. Here’s an example of a navlistPanel():

The code required to implement this is as follows (note that the tabPanels are empty to keep the example uncluttered, typically they’d include additional UI elements):

You may want to create a Shiny application that consists of multiple distinct sub-components (each with their own sidebar, tabsets, or other layout constructs). The navbarPage() function creates an application with a standard Bootstrap Navbar at the top. For example:

Note that the Shiny tabPanel() is used to specify the navigable components.

You can add a second level of navigation to the page by using the navbarMenu() function. This adds a menu to the top level navbar which can in turn refer to additional tabPanels.

There are several other arguments to navbarPage() that provide additional measures of customization:

There are two types of Bootstrap grids, fluid and fixed. The examples so far have used the fluid grid system exclusively and that’s the system that’s recommended for most applications (and the default for Shiny functions like navbarPage() and sidebarLayout()).

Both grid systems use a flexibly sub-dividable 12-column grid for layout. The fluid system always occupies the full width of the web page and re-sizes it’s components dynamically as the size of the page changes. The fixed system occupies a fixed width of 940 pixels by default and may assume other widths when Bootstrap responsive layout kicks in (e.g. when on a tablet).

The following sections are a translation of the official Bootstrap 3 grid system documentation, with HTML code replaced by R code.

For example, consider this high level page layout (the numbers displayed are columns out of a total of 12):

To create this layout in a Shiny application you’d use the following code (note that the column widths within the fluid row add up to 12):

It’s also possible to offset the position of columns to achieve more precise control over the location of UI elements. Move columns to the right by adding the offset parameter to the column() function. Each unit of offset increases the left-margin of a column by a whole column. Consider this layout:

To create this layout in a Shiny application you’d using the following code:

When you nest columns within a fluid grid, each nested level of columns should add up to 12 columns. This is because the fluid grid uses percentages, not pixels, for setting widths. Consider this page layout:

To create this layout in a Shiny application you’d use the following code:

Note that each time a fluidRow() is introduced the columns within the row add up to 12.

The fixed grid system also utilizes 12 columns, and maintains a fixed width of 940 pixels by default. If Bootstrap responsive features are enabled (they are by default in Shiny) then the grid will also adapt to be 724px or 1170px wide depending on your viewport (e.g. when on a tablet).

The main benefit of a fixed grid is that it provides stronger guarantees about how users will see the various elements of your UI laid out (this is because it’s not being dynamically laid out according to the width of the browser). The main drawback is that it’s a bit more complex to work with. In general we recommend using fluid grids unless you absolutely require the lower level layout control afforded by a fixed grid.

Using fixed grids in Shiny works almost identically to fluid grids. Here are the differences to keep in mind:

Here’s the code for a fixed grid version of the simple sidebar layout shown earlier:

In fixed grids the width of each nested column must add up to the number of columns in their parent. Here’s a fixedRow() with a 9-wide column that contains two other columns of width 6 and 3:

The create this row within a Shiny application you’d use the following code:

Note that the total size of the nested columns is 9, the same as their parent column. 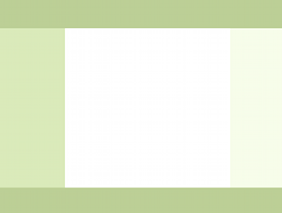 When responsive layout is enabled here is how the Bootstrap grid system adapts to various devices:

Note that on smaller screen sizes fluid columns widths are used automatically even if the page uses fixed grid layout.