GIGABYTE System Information Viewer is a central location that gives you access to your current system status. Monitor components such as the clocks and processor, set your fan preferred speed profile, create alerts when temperature gets too high or record your system’s behavior; these are the possibilities of the System Information View. SpeedFan is a program that monitors voltages, fan speeds and temperatures in computers with hardware monitor chips. SpeedFan can even access S.M.A.R.T. Info and show hard disk temperatures.SpeedFan supports SCSI disks too. SpeedFan can even change the FSB on some hardware (but this should be considered a bonus feature).

The fan is very useful to keep your computer cool or reduce the irritating noise like a wind tunnel. And adjusting your system’s fan speeds help you to keep your system cool when it is working hard.

Well, you can also change or control fan speeds manually but the process is a bit tricky. You need to connect a manual fan controller to your Windows system with knobs and this will set fans to different speeds.

So, it is best to go for the automatic option via software to control the computer’s fan speed. The automatic PC fan speed controller software monitors temperatures from numerous sources and lets you modify the fan speeds on your machine when required.

There are numerous programs available that works for you to change the speed of your computer fan. But choosing the Right one is really difficult as there are varieties of options available in the market.

So, to help you out, in this article learn the best PC fan speed controller software compatible with your Windows system including the latest Windows 10 OS.

Learn the complete information from the features to price to make a better decision.

SpeedFan comes on the top of the list as it is an extremely powerful tool. This fan controller program monitors voltages, temperatures and fan speeds in the system with the hardware monitors chip.

So, these are the amazing features of the SpeedFan software to change the fan speed on Windows PCs. You need to properly configure this program so that you are able to modify fan speeds based on system temperatures.

Hence this is all about the SpeedFan software to control the fan speed on the computer, you can check out more details about the program and also download the software on the official site visit: SpeedFan Software Fan Controller.

This is another powerful software to change fan speed Windows 10. It is a free open source program that not only controls fan speeds but also manages temperature sensors, voltages, load and clock speeds of a Windows PC/laptop.

This computer fan speed controller software is having many amazing features, here learn some of the best one.

These more alike the SpeedFan controller software and also a tough competitor. Now learn the Pros and cons of this fan control software.

NoteBook FanControl software offers users the ability to control the computer’s fan speed. It is designed with the user’s friendly interface since after the installation it incorporates with the PC’s taskbar.

After launching it for the first time, you can see it comes with the straightforward interface so that new beginners can manage it.

In order to check whether this fan speed control Windows 10 tool supports your laptop or not simply visit the GitHub official page.

So, these are some of the best functionality of this software to change or control fan speeds on a PC/laptop. Despite this, it also allows the users to select any one of numerous configuration as per your Notebook model and maker.

This is a free fan speeds monitor program for Windows. The HW Monitor has trusted hardware monitoring and PC fan speeds controller software.

This CPU fan speed control software is also powerful and provides various features to change or control fan’s speed on computer as well as CPU. Now learn the pros and cons:

Well, the HWMonitor fan control software is not a very attractive or interesting program but delivers the promised features.

You can learn more about it and also download it from the official website. Visit: HWMonitor Fan Control Software

This is another best freeware fan speed monitor software available for Windows OS. Well, this is not having lots of bells and whistles like other software but good enough to turn up fan speed on a computer.

Here learn some of the interesting ZOTAC FireStorm features:

This laptop fan speed control Windows 10 software is a pretty good fan speed monitor. Also, have some drawbacks do what it promises.

So these are the Argus Monitor PC fan controller software features, now learn the pros and cons of this software.

This program is only available for 30 days, and if looking to continue to use it, then requires buying the license key.

HWiNFO fan control is also a freeware software for Windows. This is a useful software that allows you to do various tasks rather than changing fan speeds on a computer and is pretty amazing.

So these are some of the features of the HWiNFO fan control software.

If you are willing to learn more about and download the Windows 10 fan control software then visit the official website: HWiNFO Fan Control Software.

EasyTune 5 is Gigabyte software designed with easy to use interface. It allows the Windows-based users to fine-tune their system settings or enhance and manage the system, voltages and memory clocks in the Windows OS. 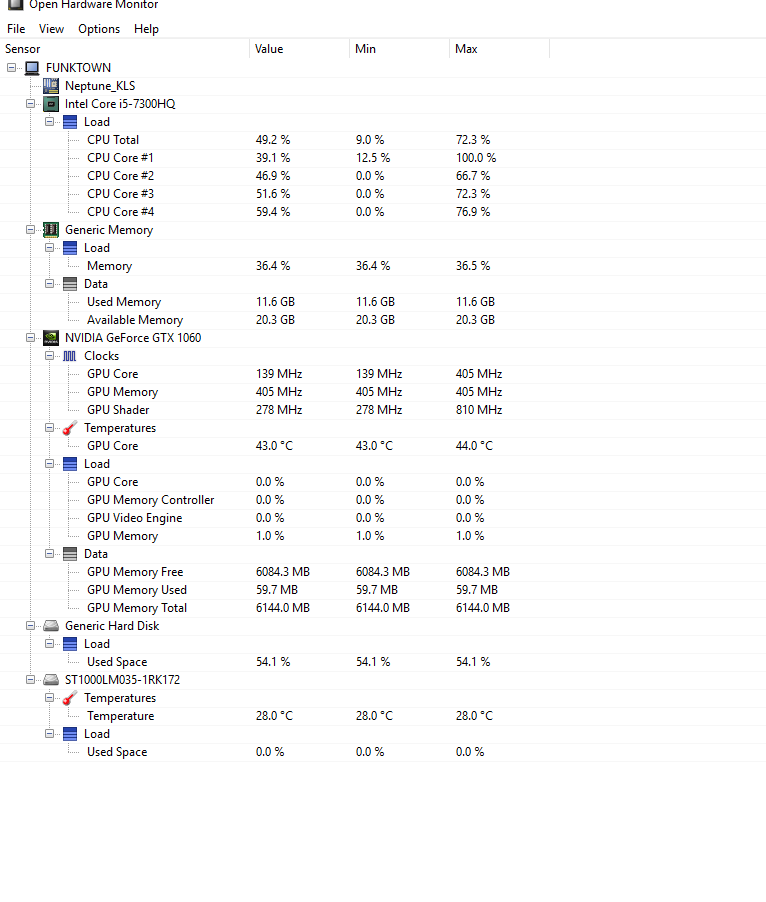 Well, this change computer fan speeds software is pretty good and free from flaws. If you are looking for how to change cpu fan speed without bios than you can go for this freeware software to control fan speedof your PC.

This allows configuring the CPU cooling fan speed as per different temperature at different RPM and suggests to set at full speed at 60oC.

In order to check more features and download the PC fan control software visit the official website: EasyTune 5 by Gigabyte

So let dig out some amazing features of the Corsair Link software fan controller.

So these are some of its characteristics, this change computer fan speeds software is worth using and help you prevent PC errors also.

Well, this PC fan speed controller software somehow able to manage a place at 10th position in the list. This free utility is working to reduce the fan noise in the notebooks.

So, let’s have a look at the best TPFanControl features, and know-how worthy it is:

Well, it is found that after installing the software is works dramatically.

In order to know more about the comter fan controlling software visit the official website and learn how it works on your Window system: Download TPFanControl

So, these are top 10 tools to control or change the fan’s speed of your Windows PC/laptop system.

I tried my best to list down the effective and freeware programs to control fan speeds compatible with Windows system. Learn the best features, pros, and cons based on the user’s review and get the best one that suits your needs.

Hope the given information in the article works for you and help you to solve how to control your PC’s fans queries.

If you are having any issue, the suggestion that writes us in the comment section below.

Hardeep has always been a Windows lover ever since she got her hands on her first Windows XP PC. She has always been enthusiastic about technological stuff, especially Artificial Intelligence (AI) computing. Before joining PC Error Fix, she worked as a freelancer and worked on numerous technical projects.

I use a MSI MEG Z490I Unify motherboard.
Although higher fan speeds are on the market, the maximum speed of my fans is 1200 RPM because these were chosen for very quiet operation.
In the Hardware monitor of my BIOS the scale when graphically representing the Fan speed goes to 15000 RPM. This way I graphically do not see a lot of variance in the fan speeds when monitoring.
Is it or would it be possible to adapt the Fan speed range for each fan so that 100% of the scale would correspond to the maximum possible speed of that Fan and not that huge unreachable figure of 15000?