Color correction can be an intensive and time-consuming process. Even the idea of color correcting video footage will send many editors running for the hills. However, in the do-it-yourself age of preditors (producer/editors) and the jack-of-all-trades, knowing a few color correction tricks can really serve you well. And if you’re going to learn how to use one color correction tool, curves is an excellent choice.

The curves tool allows you to make precise color and brightness adjustments to a video image. Not only is it universal, but it’s also very versatile, giving you the opportunity to perform subtle tweaks to a specific area of your image or make drastic tonal changes to your entire clip. With curves, you can quickly remap black and white levels, brighten or darken the midtones, and even match colors between various shots in a sequence. The first step is to understand how they work.

Frame.io takes care of the collaboration and review process, syncing together people, devices, and applications from all over the planet. It's simple to use and allows you to get clear feedback, share files quickly, and keep content secure.

Nothing to be afraid of

Most people fear what they don’t understand. Hence why I believe most people steer clear of curves. Indeed, curves can be a tad intimidating at first glance. Open the tool for the first time and you’ll notice one thing immediately—there are no curves. All you’ll see is a straight line laid out diagonally in a square box. The diagonal line goes from the bottom lefthand corner to the upper righthand corner of the box. And sometimes the box will contain a histogram, a grid, and maybe a few sliders at the bottom. So where does this tool get its name?

Despite the sometimes confusing first impression, using curves is really quite simple. Once you comprehend how the tool is laid out, you’ll quickly understand how to successfully control and manipulate your image.

In the example above, we have grabbed the medium-shadows in the bottom left and dragged them down to darken them. We have also grabbed the medium-highlights in the top right and pulled them up to brighten them. Darkening shadows and brightening the highlights is essentially adding contrast.

But I’m happy with levels…

Often times you’ll find photographers using the levels tool to make tonal adjustments when working in Photoshop. This is due to the fact that the levels interface is very easy to understand.

With levels, you are given several sliders to adjust white, mid-tone, and black levels. Maneuver these sliders horizontally on an intensity scale to boost or lower intensity as desired. The tonal values are measured in 256 brightness levels from left to right, ranging from 0 (black) to 255 (pure white). View the brightness levels of your image with the included histogram display.

Using the histogram and slider bars in the levels tool gives you the ability to quickly remap the white and black levels, or adjust the mid-tones to your liking. Using the levels tool you can make a flat image “pop” with contrast in just a few seconds.

While you can achieve quite a lot with the levels tool, it is very one-dimensional.

Curves, on the other hand, allow you to make much finer adjustments. The Levels tool is essentially a simplified curves tool that only gives you 3 preset points to choose from—the very top, the very bottom, and the exact center. The curves tool allows you to add any number of points, at any place in the graph. Moving an anchor point up or to the left will brighten your selected portion of the spectrum, while moving down or to the right will darken it.

When adjusting the tonal values of your image, this layout gives you a plethora of options. The Levels tool would not have allowed us to make targeted adjustments to our medium-blacks and medium-whites, as we did in our first example. This could be yet another reason why so many people are instantly confused and intimidated by the tool—there are just too many options.

Up to this point, I’ve only been discussing editing luminance values with the curves tool. However, you can take even more control of your image by modifying specific color channels.

Not only can you make tonal adjustments to your master video clip, but you can also add curves on a color channel level. You can create curve adjustments for red, green, and blue channels individually. This will give you the ability to create your own stylized look, match shots in a sequence, and fix any white balance issues.

Let’s check out a few ways we can make adjustments to an image using curves.

While using curves is as simple as adding a point and bending your line up or down, you can get quite precise and complex if you so desire. Use curves to add different levels of contrast to your image, remap white and black levels, tweak highlights and shadows, as well as significantly manipulate color values. Let’s take a closer look at what you can make happen with this tool:

As I stated earlier, the left end of the diagonal line represents your black level, while the right end represents white. You can remap these by moving them in toward the center. This is exactly the same as adjusting the outer white and black sliders of the Levels tool.

Darkening your image is as simple as adding a single point to the middle of the line and then dragging downwards. The further you bend the line, the darker the image will become. This is roughly the equivalent of moving the middle (gamma) slider in the levels tool to the right.

As you might imagine, to brighten an image in curves, you simply do the opposite of darkening. After you add the single anchor point to your curve, you can ever-so-slightly bend the curve up. This will lighten up the pixels of your image. This is roughly the equivalent of moving the middle (gamma) slider in the levels tool to the left. 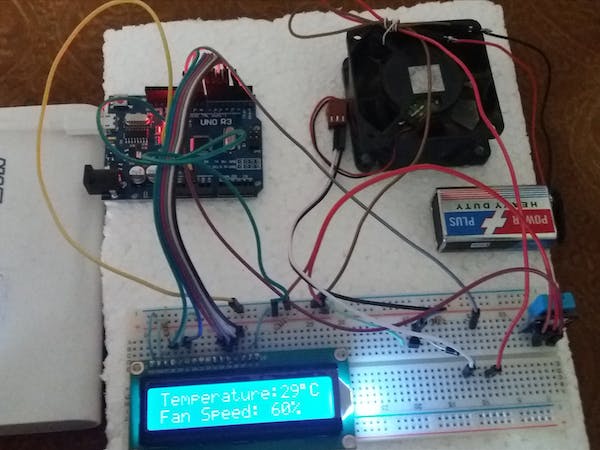 A quick way to add contrast to an image is to use the popular S curve. The S curve is popular due to its simplicity, as the name really explains it all. For this method, you’re aiming to create an S-shaped curve with your diagonal line. Accomplish this by adding two points to your line—one at the lower end of the line and the other at the upper end. Drag the lower anchor point down to create darker shadows. Raise the upper point up to boost your highlights.

If you want to make things funky, you can completely remap the whites and blacks by reversing them entirely. To do this, you first need to drag the right end of the diagonal line down to the bottom righthand side of your graph. Next, drag the left end of the diagonal line up to the upper left-hand side of the graph. Now you’ve simply mapped your black levels to white, and your white levels to black.

The curves tool allows you to adjust your image on a color channel level. Just as you can make a plethora of adjustments to luminance (light) values, you have the same control over chrominance (color). Adjust the highlights, mid-tones, and darks of any of the three color channels (red, green, and blue), or take out a color channel entirely. Use the color channel curves to match shots, fix white balance issues, or simply create your own stylized look.

As I stated before, curves can help match the brightness and color information of various shots in a sequence. Often times I will use curves to fix subtle differences in skin tone values between video clips. Using curves in conjunction with RGB parade scopes will let me quickly and easily match these shots.

Tips for working with curves

It’s good practice to use curves on an adjustment layer. This will allow you to quickly turn the correction on and off, and it gives you the versatility to apply the effect to numerous clips at one time. It will also be more easily recognizable when working on a large scale project. You can simply add a track specifically for this purpose and rename it Curves or CC.

Some programs, like After Effects and Photoshop, allow you to create and save curves presets. This can be particularly useful when you’re looking to apply and reuse varying color correction settings at numerous times throughout your project. Photoshop actually has several default presets, including Color Negative, Negative, Cross Process, Darker, Lighter, Increase Contrast, Linear Contrast, Medium Contrast, and Strong Contrast.

Since the curves tool gives you such detailed control over brightness and color information, it’s important to have the ability to monitor the images you’re manipulating. To properly do this, use video scopes such as the waveform, vectorscope, parade, and histogram to aid you.

You can use RGB curves in tandem with the RGB parade scope to precisely match color values between shots in a sequence. To match one shot to another, adjust the specific color channel curves until the red, green, and blue values roughly match on the corresponding RGB parade scopes. It’s quite easy and useful when you get some practice under your belt. (Check out our in-depth article on how to do this).

When working with curves, it’s very easy to go a bit overboard. Especially if you’re new to color correction. Be sure to use the tool in moderation. Again, utilize your video scopes to help with this. And when in doubt, step away from your project for a day or two, and return with fresh eyes to see how things look.

No matter the program you’re using, the basics of editing with curves are the same. You’ll be adding points and adjusting a curve to make tonal adjustments. However, the bells and whistles for each program may vary.

Depending on the software application you’re in, you might have some extra tools with which to work. These can include a wide variety of different things, including a histogram, various grid options, color picker, clipping displays, input sliders, presets, before and after split view, mask options, secondary color correction tools, and even tools to manually draw your own curve.

Just take a look at the difference between the curves effect in Adobe After Effects and Premiere Pro. After Effects gives you the ability to save presets and manually draw a curve.

Premiere Pro’s Lumetri panel gives you a more stripped down and simplistic display. Davinci Resolve, which was designed primarily for color correction, adds some ancillary tools and modes.

Curves can be intimidating at first glance. But remember, all you need to do is put in the time and practice. Open up curves and start to tinker around with a few video clips. Follow the guidelines above and give your image some pop by adding an S-curve. Play around with creating your own looks by tweaking the individual color channels. Before you know it you’ll be a master with the tool, and you’ll be using it on every project.