From God, the Imagination, or the Devil?
by Kasey Moerbeek

Peter Scott, SSPX. The question here does not concern the singing of vernacular hymns by Catholics before or after Mass, or during processions or Benediction of the Blessed Sacrament, or other non-liturgical functions.

Last time in this series, we examined some objections to the Divine Mercy Devotion of St. Faustina presented by Fr. Peter Scott, SSPX, and found them wanting. In this article will be dealing with the objections made by Mr. (more commonly known as “Brother”) Peter Dimond, Sedevacantist. He seems to deliberately twist the facts of the Divine mercy so he can continue to add to the reasons that he hates Bl. John Paul II. That is quite a claim, but it is a claim that I intend to back up. Some of his objections are similar if not the same as those of Fr. Scott, and to those objections I will provide a link to my previous article.
Before addressing his objections, I have to say that I think it's sad that anyone would take seriously the “investigation” of someone like Brother Dimond, who (1) seems to have not read the diary himself; and (2) admits that the “investigation” of a 600-page book consisted of a quick “flip through”[1].
Let's tackle Brother Dimond's objections one at a time.

“The fact is that in the 1950's the Divine Mercy Devotion was suppressed and Sr. Faustina's diary was on the index of forbidden books.”

What Bro. Dimond doesn't tell you is that Bl. Pius XII refused to put the Diary on the Index. The Pope who opened the Second Vatican Council - Bl. John XXIII, a Pope that Mr. Dimond does not acknowledge to be a valid Pope– is the one who did so. So, according to him, an anti-Pope put it on the list, and then after thorough investigation – as opposed to a “quick flip through of the Diary” - gave it approval. The last pre-Vatican II Pope did not condemn her, but the Pope who opened the Second Vatican Council did. This is not a strong argument coming from a Sedevacantist.

“In addition to that, something that concerned us was that it seemed to be popular among the Charismatic 'Catholics,'”

Objection 3
“[...]and that it seemed to be used as a substitute for the Rosary.”

Here Mr. Dimond never substantiates this claim and only uses his opinion, possibly based on his personal experience. In my personal experience, the majority of those who pray the Divine Mercy are people who pray 5-15 decades of the Rosary, daily. The more liberal Catholics that I know, who do not pray the Rosary, do not pray the Divine Mercy chaplet. Those who are disposed to Marian devotion via the Rosary are also disposed to practice the Divine Mercy devotion. But either way, the Diary does not support his claim, and thus one cannot blame it even if this were the fact, which it is not.

“the promotion of Communion in the hand”

This objection is particularly ludicrous, as there is no example of self-communication (Communion in the hand) in the Diary. Bro. Dimond cites two passages and, not surprisingly, takes them out of context. Some investigation is needed here.
When Christ said “I desired to rest in your hands, not only in your heart” [2] it was after St. Faustina had received – on the tongue from the hand of her priest – Holy Communion; a second Host had fallen into her hand, which she gave back to the priest. What should she have done, move her hand out of the way and allow Our Lord to drop to the floor as though It were something disgusting?
Mr. Dimond also sites St. Faustina's words “...and the host came out of the tabernacle and came to rest in my hands and I, with joy, placed it back in the tabernacle. This was repeated a second time, and I did the same thing. Despite this, it happened a third time...” [3] What Mr. Dimond fails to mention is that this was not during Mass or any sort of Communion service, and that it may have in fact been nothing more than a vision. Christ was revealing to the Saint His displeasure with things that were going on in the House, and that He wished to leave. He was making a point. What point, you ask? The power of intercessory prayer. She loved Him, she wanted Him to stay, and He stayed, but she would have to intercede on behalf of her Community. She then undertook “three days of adoration by way of reparation.” How many of us are willing to do the same for erring brethren?
Neither case establishes that either St. Faustina or the Diary support the practice of Communion in the hand.

“unnecessary praise heaped upon this sister.”

Does Christ heap a bit of praise on her? Yes. But as I addressed in my previous article, [4] He did on St. Gertrude the Great as well, yet I've never heard any traditional Catholic suggesting that her visions were demonic.

“Sr. Faustina is told that God’s spark – which will prepare the world for His Second Coming – comes out of Poland! This has been interpreted to mean that God’s chosen person was John Paul II,”

This is the most ridiculous objection I think I've ever heard. In essence “People interpreted this prophesy to mean X, therefore the prophesy is false.” I have to wonder if this is even a serious objection. Should we also get rid of the Holy Bible because of the interpretation of Protestants? There is no reference to “the spark” (Christ never said “My spark”, by the way) being a Pope, or a bishop, or a priest...that it is even a person at all. For all we know, it could be an event that will help prepare the world.

“Divine Mercy Devotion is centered around mercy at a time when mankind was coming closer and closer to having filled up the cup of divine justice.”

This same objection was also raised by Fr. Scott, and I addressed it previously. [5] As an emphasis I will say this: look at the times. Are we seeing God's just judgment? The fact that God is being patient with all the evil in the world shows that we are living in an era of Mercy. Beside, it is good to remember that Mercy and Judgment go hand in hand. God never exercises judgment without also extending His mercy to those willing to listen. 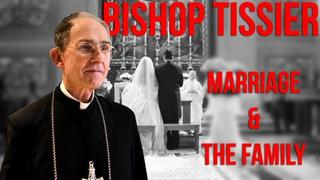 “would God reveal a new devotion to be said on the beads of the Rosary shortly after His Mother came to Fatima to work a profound miracle to reveal, among other things, the necessity of the Rosary?”

The rosary beads make a chaplet used for praying the Rosary. Praying other prayers on it is not a sin, just as it is not a sin to pray the Rosary in a church where the Mass is said. I have prayed novenas to Saints and used the beads of the Rosary to help me keep track of where I was, but not as a replacement to the Rosary, and not in defiance of Our Lady's request for the daily Rosary. The objection cannot stand anyway as there are chaplets now made specifically for the Divine Mercy devotion (not all the beads of the Rosary are used when praying this chaplet). Why did Christ tell her to pray it on the beads of the Rosary? There was no Divine Mercy chaplet. Now there is.
Besides, the Divine Mercy Chaplet is not the first devotion prayed on the Rosary that is distinct from the Rosary. The Chaplet of the Seven Sorrows of Mary is another devotion prayed on the Rosary; it was approved by the Pope in 1817 and even has been indulgenced by three subsequent popes. We could also mention the Rosary of St. Joseph, in which events from the life of St. Joseph are substituted for events in the life of our Lord and Lady. The use of other prayers on the rosary is not unknown in the history of the Church.
Like the charges against the devotion by Fr. Scott, the accusations of Br. Dimond fall away under scrutiny and a proper reading of the Diary in context.

1. All quotes of Mr. Peter Dimond are taken from http://onetruecatholicfaith.com/Roman-Catholic-Articles.php?id=209&title=Divine+Mercy+Devotion+is+something+to+avoid&category=False+Apparitions&page=1