Caitlin Snow is Frost (formerly Killer Frost), a scientist with cryogenic powers. Though she started out as a villain, she has since reformed, and even joined the Justice League of America. 1 History 1.1 DC Rebirth 1.2 The Trial of Deathstroke 2 Powers and Abilities 2.1 Powers 2.2 Abilities 2.3 Weaknesses 3 Notes 4 Related 4.1 Footnotes Caitlin Snow was a young and bright scientist working for.

This is my Firestorm viewer VR mod project for Second life and OpenSim.

In this version the openvr_api.dll is already included in the installation directory.

The source code of the VR section is still the same as in 6.3.3

Added a new way to configure VR settings via menu.

HMD view offsets now the rotation of the avatar camera (Flying cam is easier to use).

VR driver can now be initialized and shut down on the fly.

Some improvements on the controller positioning.

Source changes reduced to editing only llviewerdisplay.cpp and adding 2 files to the project.

( THIS STEP HAS TO BE DONE FOR 6.3.3 VERSION ONLY. HUMBLETIM´S VERSION DOES THAT VIA INSTALLER )

Make sure you choose a different installation directory then your standard FS viewer. ( Humbletim´s v ersion does that already. )

( THIS STEP HAS TO BE DONE FOR 6.3.3 VERSION. HUMBLETIM´S VERSION DOES THAT VIA INSTALLER )
Put the openvr_api.dll contained in this zip file in to the freshly installed firestorm folder where the firestorm exe is located.

In case you encounter issues with black HMD display .

If Advanced Lighting Model in Graphic settings is not enabled on start, Enable it and restart Firestorm.

if that does not help.

Create a profile for the viewer in your graphic card settings and enable FXAA.

Second life only supports FXAA. Other types of Anti-aliasing can be disabled.

Press CTRL+TAB to load or unload the SteamVR driver. 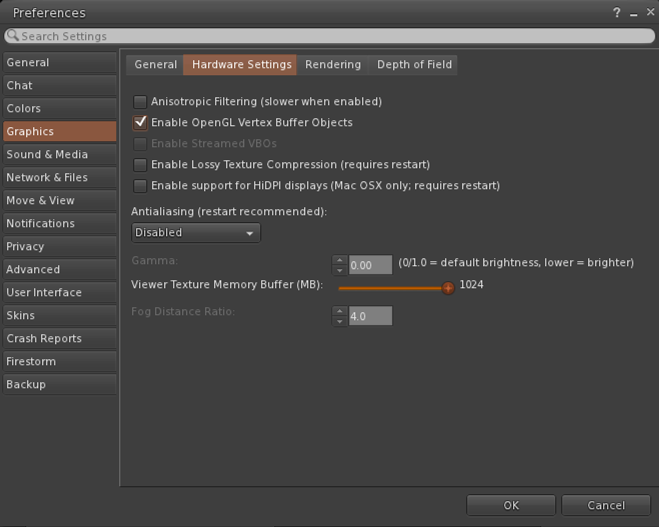 Press F5 to open the settings menu, you should see a text menu in the middle of the screen.

Press F5 again to switch to the next menu entry.

'C:Usersyour_user_nameAppDataRoaming' and can be edited directly.Pressing TAB also reloads the config file.

The settings menu works only when VR mode is enabled. 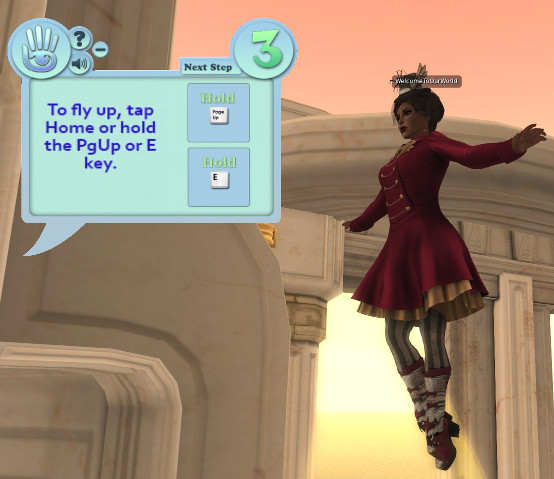 Moving the mouse to the corners or the sides will shift the screen to this direction so menus can be accessed.

In the camera floater 2 buttons has been added to offset the HMD's base rotation.

This mod works best while sitting and using mouse and keyboard

WindowsMixedReality users may need to press windows key + Y to unlock the mouse when the HMD is worn.

If your Hardware can not maintain constand 90 FPS i suggest to enable motion reprojection in your HMD.

in WindowsMixedReality it can be done by uncommenting 'motionReprojectionMode' : 'auto', in the config file located at 'C:Program Files (x86)SteamsteamappscommonMixedRealityVRDriverresourcessettingsdefault.vrsettings'.

This will make the HMD interpolate between frames and create a smoother experience.

Vive and Oculus should have similar functionalities which can be accessed from SteamVR settings.

For Vive it is called Motion Smoothing.

I also encountered some avatars with old linden body's that were deformed.

I am not sure if it is my machine or it is a bug in the viewer build i have.

supports Bakes on Mesh [BoM] in both Second Life and OpenSim. Most of

the time this will work fine, but if you use extended BoM features

At the Apple Worldwide Developer's Conference held a few weeks ago, Apple announced OS X 10.14 Mojave. In amongst all of the other things Apple announced, one announcement has made waves in the gaming world: they announced that, as of Mojave, OpenGL was deprecated and would no longer be maintained.
This is important because Firestorm, like every other graphical Second Life viewer, is based on OpenGL 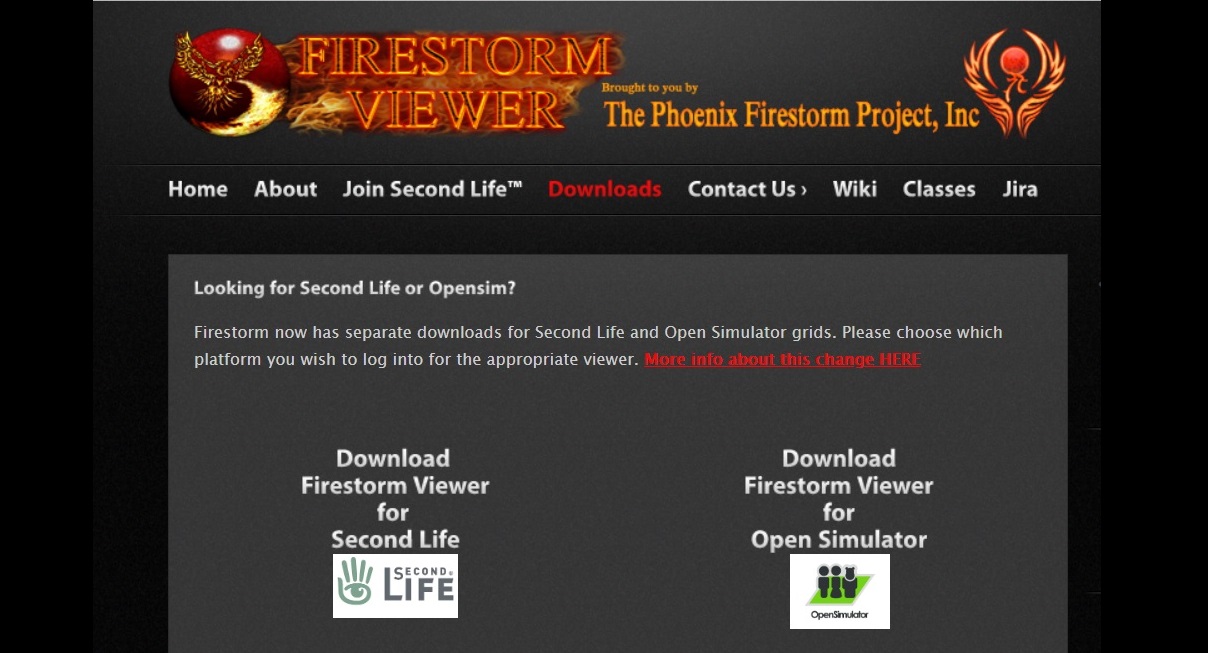 I got an email from a concerned user this morning asking about the problem and urging us to convert Firestorm to Metal, Apple's new and improved 3D graphics API. Here's my reply:
***
What follows is my own personal opinion. I’m not speaking for the Firestorm team, and certainly not for Linden Lab.
I think Apple seriously shot themselves in the ass with their recent announcement. In essence, they told the gaming world to drop dead.
First, what they did and didn’t announce. What they did announce was that Mojave would deprecate OpenGL. What they did not announce was a drop-dead release beyond which OpenGL would not work. Indeed, OpenGL works in Mojave, and with a couple of fixes not related to the graphics subsystem, the Linden viewer (and, presumably, Firestorm; we haven’t tested it ourselves) runs on Mojave just fine. Those fixes will be in the next release of Firestorm, which we are moving toward.
To understand the magnitude of the problem, let me lay a couple of numbers on you. Firestorm currently consists of 25,649 files of source code, containing well over 1.2 million lines. I don’t know just how much of that is OpenGL code. What I do know is that there is no clean boundary in the viewer’s source code between the parts that use OpenGL and the parts that don’t; OpenGL is scattered throughout the entire codebase. This is true of every viewer based on the Linden Lab code, which is all of them that do graphics (with the notable exception of Lumiya, which was a ground-up implementation for Android, and a remarkable technical achievement in its own right). Some of that code is over 20 years old at this point.

Simply to factor all of that out so there’s a clean separation between the graphics code and the rest of the viewer is a monumental task. And that’s just a preliminary. Once that’s done, then a separate renderer would need to be written just for the Mac. That’s not a trivial undertaking, and to the best of my knowledge, there are exactly five people on the planet who understand the Second Life render pipeline well enough to do it: two of them work for Linden Lab, and the other three are certifiably insane. None of them are on the Firestorm team. In any event, the effort required to do this is measured in man-years.
It’s telling that Apple committed large amounts of time and money and people resources to Unity and Unreal to get their game engines ported to Metal. I’d be astounded if they did the same for Second Life. The market is simply too small.
My understanding of the Linden Lab position on this is that they’re evaluating what they are going to do going forward, and that no decisions have been made. I would hope they are at least talking with Apple to see how much time they have. They probably have contacts that let them do that. I do not, and in any case we’re dependent on what the Lab does.
While I am a faithful Mac user and have been for the last 16 years, I have not actually used a Mac as my primary Second Life system in a few years. Apple’s OpenGL implementation, not to put too fine a point on it, sucks. I usually get 30-40 FPS on one scene I spend a lot of time in, on my dual-hex MacPro 3.3 GHz/64 GB, with a Radeon R9-280X. I have actually wound up running Linux Mint natively on a second Mac Pro, this one a dual-quad 2.9 GHz/48 GB with a GTX 960. On that same scene, with the same window size, I easily turn 140 FPS or so.
Personally, I don’t see how Second Life on the Mac, at least natively on OS X, will survive the loss of OpenGL. The market’s too small and the effort’s too large to make it economical. I personally expect to find myself running Firestorm exclusively on Linux, or else under Windows in a virtual machine on OS X (which I haven’t tested at all in the past several years) at some point in the future.
Again, I must remind you that Apple has deprecated OpenGL on OS X. All that means is that they will stop supporting it at some point in the future. That point is not today, and they have not said when that point is. Until they do, Second Life, and Firestorm, will run on OS X as well as it does now.
***

At his Meet the Lindens interview with Saffia Widdershins at the SL15B celebration yesterday, Oz said that 'we will find a way to keep Second Life running on the Mac.' This is good news. I hope it comes to pass.