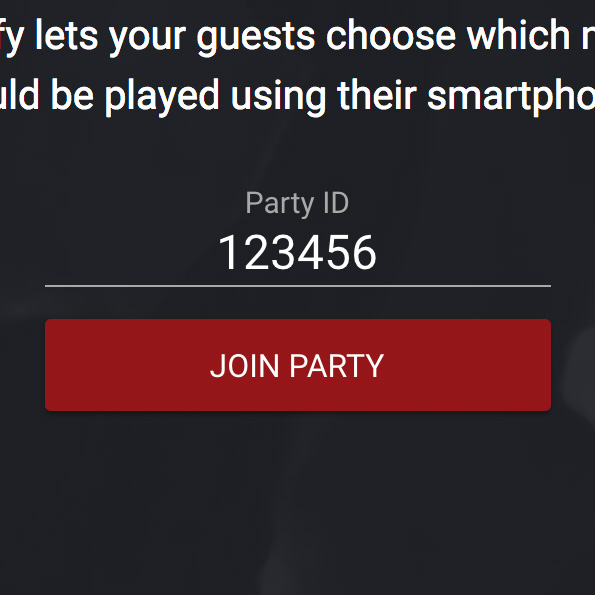 Spotify Radio on Mixlr by TRONFMRADIO broadcast live on Mixlr. Get your Party started with Festify (Beta).

In theory, streaming should provide all artists with a fair chance of organically building an audience, provided they can game the system. As with any game, however, success depends largely on the skill of the player, and raising your music's profile on a streaming services requires a carefully implemented strategy.

Streaming is as much a way of life for musicians as it is a game, and games are often won or lost based on the intelligence of the players. 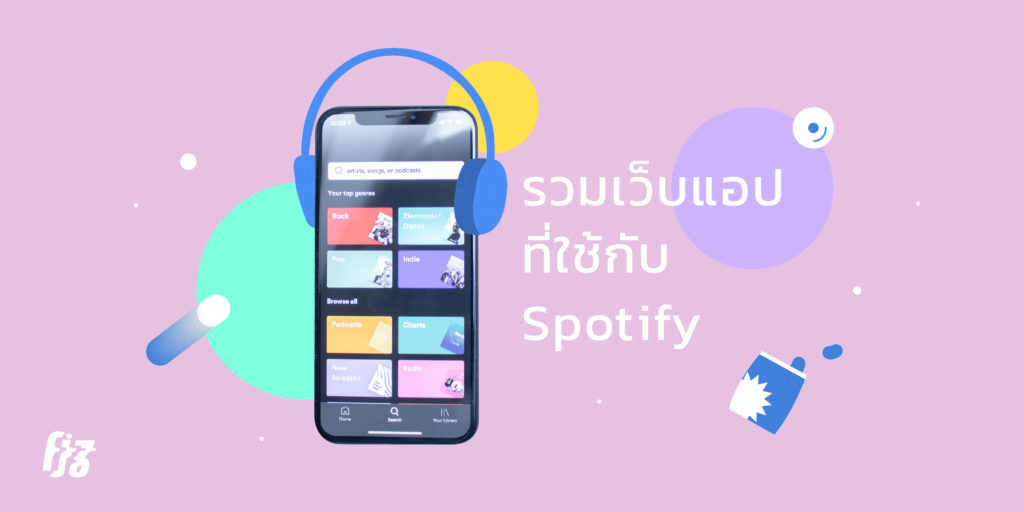 The promise of streaming is that it gives artists at every level a fair chance at building an audience. All songs are available everywhere all the time, and each song more or less receives the same payout per stream. As long as an artist can make people aware of their art they have an opportunity to develop a career in music. Whether or not that career becomes a full-time job is a completely different discussion, but the opportunity for success exists.

Any artist will tell you that real success in streaming today requires inclusion on playlists, specifically those curated by influencers or brands with large followings. Playlist placement can mean the difference between an artist’s fans hearing a new single and the fans of that artist’s genre hearing the same song. In many ways, playlists are the new mixtapes, or even the new radio, as they serve to help aid in the discovery of new/emerging talent. 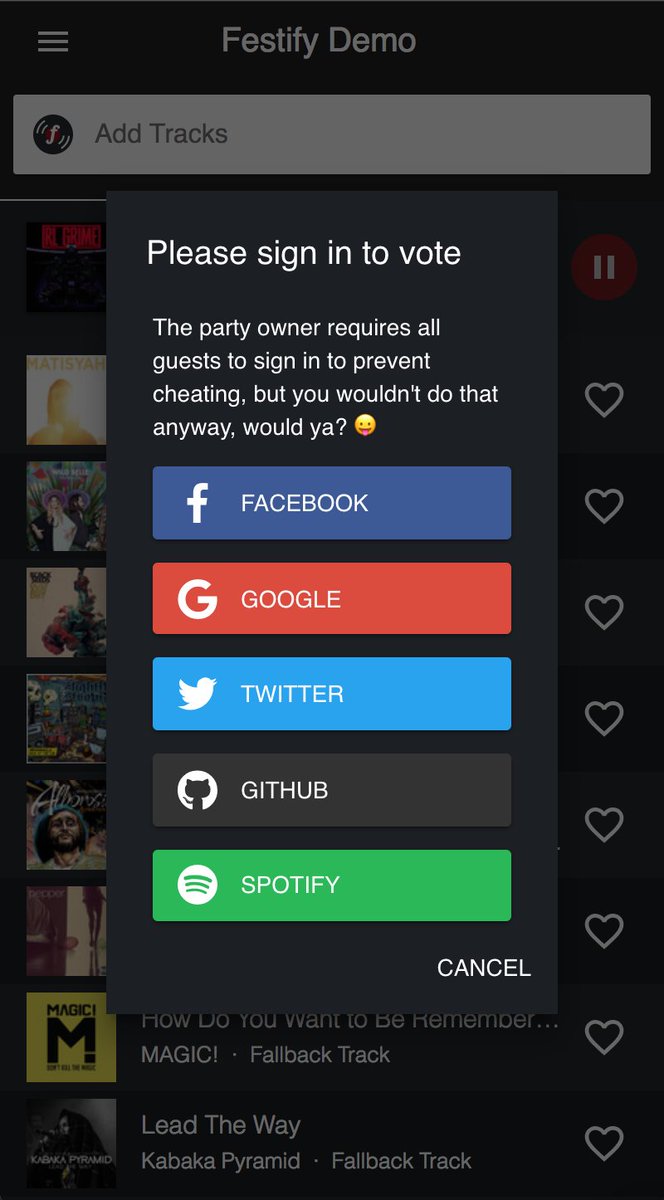 But the question remains: How does an artist get added to notable playlists if they do not know the curators?

To find an answer, or ten answers, our friends at DigitalMusicNews worked with playlisting professional George Goodrich to offer advice to artists at every level of the business. You can find his advice below:

Rappers like Drake have turned this technique into an art, with albums loaded with lots of shorter tracks. And he isn’t alone. The strategy generates far more plays, thereby ensuring a top-charting album while multiplying per-stream revenue.

For developing artists, the strategy also increases the odds of landing on big playlists — while also increasing positive metrics around songs (more on that later).

Make an impact in under 30-seconds.

Fact: Spotify doesn’t pay for any song that gets skipped before the 30-second mark. But this goes beyond the simple payment.

“Curators and streamers alike want to be captivated by a new song in under 30 seconds,” Goodrich told us. “Make your song flow well, but also don’t waste time during the first crucial seconds of a song.”

Songs are getting shorter, so always think about length.

Songs are definitely getting shorter, and Goodrich says the reasons are simple. People are more distracted, and shorter songs grab people faster and reduce the chances of skipping.

They also result in bigger payouts for artists.

Goodrich told us that clever artists are now re-releasing older tracks, with the same ISRC code and previous play counts. “Artists that are smart are repacking singles into albums or compilations,” Goodrich said.

The repackaging pushes the ‘brand-new’ tracks with lots of plays into ‘new’ algorithm playlists like Discover Weekly, New Music Friday, and your followers’ Release Radar. The refresh can result in a surge of new interest for an older cut.

Make the most of Spotify for Artists

Most artists are doing Spotify for Artists wrong — and that dramatically reduces their chances of playlist inclusion.

The number one mistake: artists should be uploading tracks into Spotify for Artists at least seven days before it hits the platform. Otherwise, the track isn’t guaranteed to catch your followers’ Release Radar playlists, which means that all of that free promotion is lost.

“A lot of artists are gunning down playlists but don’t even have access or utilize Spotify for Artists,” Goodrich said.

Be nice to your distributor — you need them more than they need you.

“Most distributors have direct deals with Spotify, which means at least one person at your distributor speaks directly to someone at Spotify,” Goodrich told us. “There are always different brand deals and playlists opportunities that can pop up only via your distribution company.”

Own your genre — or pioneer your own.

Hip hop is huge, but other genres are also generating lots of money on Spotify. Overnight, bedroom producers are minting cash on platforms like Lo-Fi Beats, and they don’t even have to tour.

But that’s just one playlist catering to a growing class of people using music to focus better. “Thanks mainly to the startup world and people just trying to focus better at work, stripped down repetitive beats are the top choice when it comes to writing or doing detailed technical work,” Goodrich said.

Goodrich said playlists like Lo-Fi Beats and Yoga & Meditation are spawning an entirely new generation of artists who are making a living off of Spotify. “There are hundreds of artists out there making thousands of dollars on these micro-niche genres across the platform,” Goodrich said. “Most of them with little-to-no fanbase outside of the platform, which they are completely fine with!”

Songs still go viral occasionally, but ‘going viral’ isn’t a good strategy. “In order to get noticed and get on Spotify playlists, most artists think they need a hit or just one banger to put them on,” George said.

“In reality, you don’t need a hit, you need to release more records to drastically increase your chances of creating a banger. The more releases, the more chances you have to trigger the algorithms when a new release hits Spotify.”

Try to establish a direct connection with a Spotify curator.

Yes, you can directly connect with Spotify curators if you’re lucky.

No, you cannot do this by spamming them constantly.

George recommends LinkedIn as a good place to start finding curators. Try starting here. Just make sure to target the right person for your genre (i.e., don’t splatter-spam). It’s time-consuming and not guaranteed, but the right connection can result in a plum playlist add. “If you do choose to go this route be polite in your messaging and don’t expect them to respond instantly,” says George.

Album art isn’t a lost art — even though it’s a tiny thumbnail these days. “Visual should not be an afterthought,” George said while urging artists to imitate the artwork of releases from successful artists. 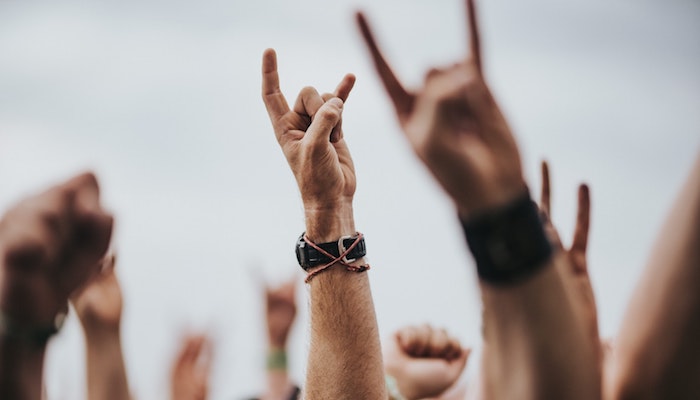 But don’t go crazy on a thumbnail — just make it high quality and fun. “Don’t spend $5,000 on a designer,” George laughed.

Nobody knows Spotify’s exact algorithms for rating a track. But some basic principles apply. Anytime a listener saves a song or adds it to a personal playlist, that’s good and shows positive engagement. Anytime they skip it or remove it, that’s bad because it indicates disengagement. Keep this basic guideline in mind.

Artists with lots of Spotify followers are “guaranteed playlist real estate,” according to Goodrich. The reason is that anytime an artist releases new music on Spotify, it automatically populates the customized Release Radar playlist of every follower (just make sure you are releasing properly through Spotify for Artists). That doesn’t guarantee placement on a top playlist, but it builds a lot of momentum.

Many hip-hop artists immediately hit you with the hook to grab your attention. But Goodrich is noting another trick: a lot of artists are now ending with the hook to keep listeners attentive. Slower fade-outs and energy drops can lead to late-stage skips — which can result in negative strikes.

More often than not, long intros kill placements. So it’s better to avoid them. “There are long intros that work, but if you want to really crush it on Spotify, long intros aren’t the way to go,” George told us.

Artists with weak Twitter and Instagram followers can have difficulty gaining traction on Spotify playlists. “It’s all relevant,” George explained while noting that he politely guides artists with IG followers under 300 back to their SoundCloud accounts.

But beyond social networking, there’s also Google SEO to think about (SEO stands for ‘Search Engine Optimization,’ and basically refers to your Google search ranking). For example: is your song appearing on the first page of Google results, and preferably, is it one of the top, above-the-fold results.

Remember: Google owns YouTube, so a YouTube result with good track metadata and information will often bubble to the top. “If the song’s performing well, it can go into feeder playlists like Fresh Finds, and then an actual human at Spotify may listen to it,” George explained.

And another pro-tip: George also advised shouting out Spotify in tweets, IG posts, and Facebook blasts. They just might notice.

Should you get signed? A note on the power of major label representation.

It’s hard to say exactly what transpires between major labels and Spotify. Major labels oftentimes have serious sway with Spotify, but George warned us that this really depends on the specific label.

“We really don’t know what happens behind closed doors,” George said. “Some labels have better relationships than others.”

In many cases, however, the impact can be dramatic. Beyond pulling favors and blasting Drake-style promotions, major labels are oftentimes experts in crafting streaming-friendly songs. “They know how to create and craft songs,” George said.

Create engaging and fun music parties and select the upcoming tunes via your smartphone with the help of this intuitive and clever, Spotify-based app

Festify is an engaging and entertaining application that may very well help you bring your parties or home gatherings to a whole new level by allowing your guests or friends to choose which music should be played next directly from their smartphones.

Get this app up and running in a matter of minutes

Probably the first thing you should know is the fact that that Festify is actually based on Spotify. This means that it requires the presence of Spotify's client app on your computer's system, as well as a valid Spotify Premium Account.

Of course, it almost goes without saying that you'll also need an active Internet connection, both for streaming music from Spotify and so that your guests can choose the music via their smartphones.

With that taken care of, you can move onto creating a new party room, building your playlist and inviting your friends to view it. Basically, the track with the most votes will be played next, pretty simple.

If you're even remotely worried about this being a bit too complicated, it's well worth pointing out that there's really no reason to fret. The joining process is extremely straightforward, as all your guests only need to scan the displayed QR code or go to the https://festify.us address and enter the room's party code.

The app also provides you with a few remote control privileges, as well. For instance, you can play, pause, skip or delete tracks from the queue directly from your smartphone.

Other than that, it's also worth pointing out that despite the app's overall simplicity, it looks relatively modern, mainly thanks to the fan art for each playing song. You may also be interested in knowing that the app is currently in a fairly young development stage (listed as Alpha on its official GitHub repository).

To conclude, Festify is a very exciting application that provides you with a whole new way of keeping both your guests and yourself entertained by making use of your Spotify Premium account and by giving all of you the power to vote for the following songs.

Best of all, the app is incredibly simple to install and configure, not to mention that the 'pairing' process is as straightforward as they get, so you should have no problems getting your parties started.

Festify was reviewed by