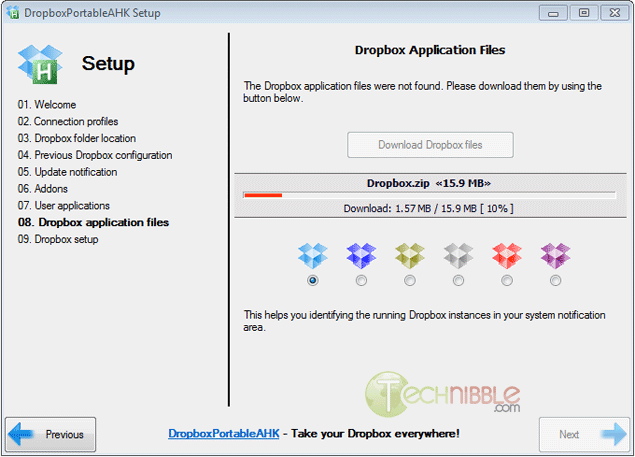 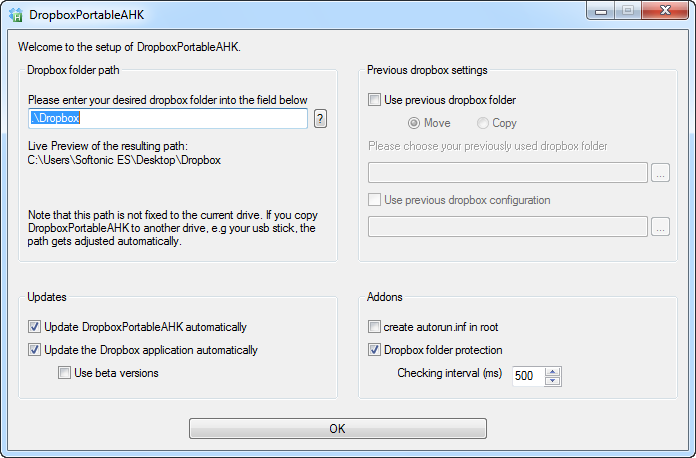 A useful flash drive hack for traveling, flash drives are able to run Dropbox as a portable app. Simply install DropboxPortableAHK – an AutoHotkey script that supports this, and follow the step by step guide here. Act as a boot disk for an OS. Use an old flash drive as an install disk for Windows, Linux or Mac. DropboxPortableAHK - 1MB Using this handy application you can make your Dropbox fully portable. Now you do not have to install it on every PC you use, just copy the entire directory and start the application.

1.2.48 10/31/2011
Security enhancements, an attacker will not be able to steal your computer's account credentials just by copying configuration files to another machine.
New encrypted database format to prevent unauthorized access to local Dropbox client database.
Enhanced Lion integration
1.1.45 9/1/2011
Fix regression from 1.1.40 that caused tray menu to not update on Ubuntu Unity 11.04
Fix to bug that would cause Dropbox to not function correctly on some proxies.

To get started, launch DropboxPortableAHK and select a folder to save your Dropbox folder. You can also selected a previous Dropbox folder, or a USB.

When you start the configurations from scratch, you can login with an existing Dropbox account. This procedure can be used to configure multiple Dropbox accounts.

Once configurations are complete, a message will inform you that your DropboxPortableAHK account was successfully set.

This will keep all your Dropbox accounts in Sync with all connected computers. on your selected destination folder. It must be noted that DropboxPortableAHK does require an existing Dropbox installation. If you are using the existing Dropbox configurations, you can run the portable form of AHK, either way you can work with data from multiple Dropbox accounts.