A couple of years ago or so, Dropbox ran a promotion for academic users granting 15GB of space. Yesterday, I got an email:

As part of your school’s participation in Space Race, you received 15 GB of additional Dropbox space. The Space Race promotional period expires on March 4, 2015, at which point your Dropbox limit will automatically return to 5 GB.

As a friendly reminder, you’re currently using 14.6 GB of Dropbox space. If you’re over your 5 GB limit after March 4, you’ll no longer be able to save new photos, videos, and docs to Dropbox.

Need more space? Dropbox Pro gives you 1 TB of space to keep everything safe, plus advanced sharing controls, remote wipe for lost devices, and priority support. Upgrade before March 4 and we’ll give you 30% off your first year.

ah ha… email from dropbox telling me my promo 15GB will drop to 5GB.. Time to delete stuff & get out of shared folders…

but then I thought again… The discounted price on a monthly payment plan is £5.59/month which on PayPal converted this month to $8.71. I use Dropbox all the time, and it forms part of my workflow for using Leanpub. As it’s the start of the month, I received a small royalty payment for the Wrangling F1 Data With R book. The Dropbox fee is about amount I’m getting per book sold, so it seems churlish not to subscribe to Dropbox – it is part of the cost of doing business, as it were.

The Dropbox subscription gets me 1TB, so this also got me thinking:

In essence, I can pretty much move to Dropbox (save for those files I don’t want to share/expose to US servers etc etc; just in passing, one thing Dropbox doesn’t seem to want to let me do is change the account email to another email address that I have another Dropbox account associated with. So I have a bit of an issue with juggling accounts…) 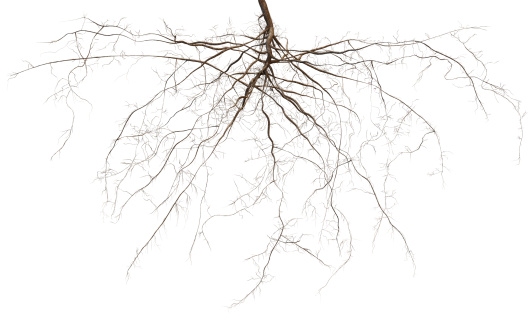 When I started my Wrangling F1 Data With R experiment, the intention was always to make use of any royalties to cover the costs associated with that activity. Leanpub pays out if you are owed more than $40 collected in the run up to 45 days ahead of a payment date (so the Feb 1st payout was any monies collected up to mid-December and not refunded since). If I reckon on selling 10 books a month, that gives me about $75 at current running. Selling 5 a month (so one a week) means it could be hit or miss whether I make the minimum amount to receive a payment for that month. (I could of course put the price up. Leanpub lets you set a minimum price but allows purchasers to pay what they want. I think $20 is the highest amount paid for a copy I’ve had to date, which generated a royalty of $17.50 (whoever that was – thank you :-)) You can also give free or discounted promo coupons away.) As part of the project is to explore ways of identifying and communicating motorsport stories, I’ve spent royalties so far on:

Any books I buy in future relating to sports stats or motorsport will be covered henceforth from this pot. Any tickets I buy for motorsport events, and programmes at such events, will also be covered from this pot. Unfortunately, the price of an F1 ticket/weekend is just too much. A Sky F1 Channel subscription or day passes is also ruled out because I can’t for the life of me work out how much it’ll cost or how to subscribe; but I suspect it’ll be more than the £10 or so I’d be willing to pay per race (where race means all sessions in a race weekend). If my F1 iOS app subscription needs updating that’ll also count. Domain name registration (for example, I recently bought f1datajunkie.com) is about £15/$25 a year from my current provider. (Hmm, that seems a bit steep?) I subscribe to Racecar Engineering (£45/$70 or so per year), the cost of which will get added to the mix. A “big ticket” item I’m saving for (my royalties aren’t that much) on the wants list is a radio scanner to listen in to driver comms at race events (I assume it’d work?). I’d like to be able to make a small regular donation to help keep the ergast site on, but can’t see how to… I need to bear in mind tax payments, but also consider the above as legitimate costs of a self-employed business experiment.

I also figure that as an online publishing venture, any royalties should also go to supporting other digital tools I make use of as part of it. Some time ago, I bought in to the pinboard.in social bookmarking service, I used to have a flickr pro subscription (hmm, I possibly still do? Is there any point…?!) and I spend $13 a year with WordPress.com on domain mapping. In the past I have also gone ad-free ($30 per year). I am considering moving to another host such as Squarespace ($8 per month), because WordPress is too constraining, but am wary of what the migration will involve and how much will break. Whilst self-hosting appeals, I don’t want the grief of doing my own admin if things go pear shaped.

I’m a heavy user of RStudio, and have posted a couple of Shiny apps. I can probably get by on the shinyapps.io free plan for a bit (10 apps) – just – but the step up to the basic plan at $39 a month is too steep.

I used to use Scraperwiki a lot, but have moved away from running any persistent scrapers for some time now. morph.io (which is essentially Scraperwiki classic) is currently free – though looks like a subscription will appear at some point – so I may try to get back into scraping in the background using that service. The Scraperwiki commercial plan is $9/month for 10 scrapers, $29 per month for 100. I have tended in the past to run very small scrapers, which means the number of scrapers can explode quickly, but $29/month is too much.

I also make use of github on a free/open plan, and while I don’t currently have any need for private repos, the entry level micro-plan ($7/month) offers 5. I guess I could use a (private?) github rather than Dropbox for feeding Leanpub, so this might make sense. Of course, I could just treat such a subscription as a regular donation.

It would be quite nice to have access to IPython notebooks online. The easiest solution to this is probably something like wakari.io, which comes in at $25/month, which again is a little bit steep for me at the moment.

In my head, I figure £5/$8/month is about one book per month, £10/$15 is two, £15/$20 is three, £25/$40 is 5. I figure I use these services and I’m making a small amount of pin money from things associated with that use. To help guarantee continuity in provision and maintenance of these services, I can use the first step of a bucket brigade style credit apportionment mechanism to redistribute some of the financial benefits these services have helped me realise.

Ideally, what I’d like to do is spend royalties from 1 book per service per month, perhaps even via sponsored links… (Hmm, there’s a thought – “support coupons” with minimum prices set at the level to cover the costs of running a particular service for one month, with batches of 12 coupons published per service per year… Transparent pricing, hypothecated to specific costs!)

What Is Dropbox Plus Cost

Of course, I could also start looking at running my own services in the cloud, but the additional time cost of getting up and running, as well as hassle of administration, and the stress related to the fear of coping in the face of attack or things properly breaking, means I prefer managed online services where I use them.