CPU Package (TSI): Available on pre-Zen AMD CPUs is the CPU temperature obtained via TSI interface.-Core #n (n=any number): Actual temperature of a particular CPU core.-CPU IA Cores: Maximum temperature among all computing (x86) cores in CPU (so part of CPU except Uncore and Graphics logic). I have a quad-core i3-3110M (4 CPU's @ 2.4GHz, L3 35Watt), I'd like to upgrade to an i7-3520M or an i5-3230M. Each run at 35 Watts, and have turbo boost capabilities to around 3 GHz. My HD4000 GPU is compatible with it.

Version 1.7 - 18th March, 2017
- Fix: 'to TjMax' appearing on some cores on Intel processors, should be completely resolved now.
- Fix: Incorrect build date displayed in the About dialog.
- Fix: Power draw figures are all N/A on some Intel systems.
- Known issues: Some systems running Windows 10 Anniversary may still have driver load failure.

Version 1.6 - 18th February, 2017
- Fix: Runaway memory leak on some machines.
- Fix: Bus clock detection on Apollo Lake processors.
- Fix: Occasional 'to TjMax' appearing on some cores on Intel processors. Improved, hopefully fixed.
- Change: Subversion will now be shown in the title and About dialog if it's not 0.
- Known issues: Some systems running Windows 10 Anniversary may still have driver load failure. 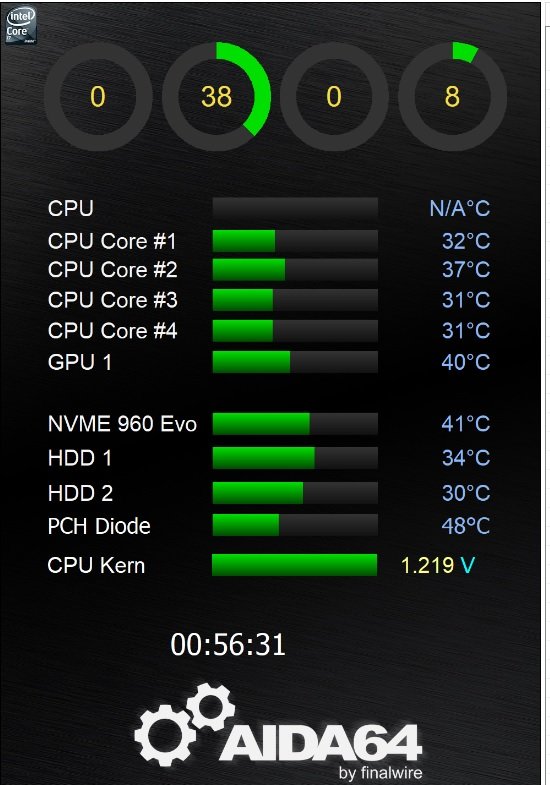 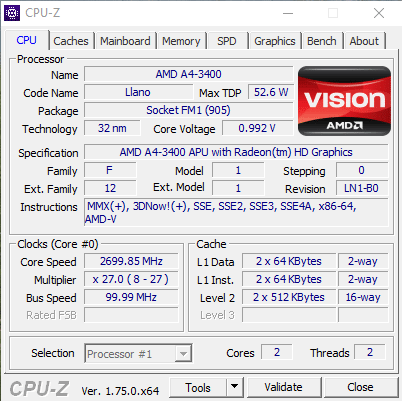 Version 0.99.7.3 - 5th July, 2010
- New: 'Start Core Temp with Windows' feature on Windows Vista and 7.
- Fix: Taking a screenshot would not capture the whole window in Vista/7 with aero mode.
- Fix: Windows 7 taskbar Cycle mode only shows up after the first interval has elapsed.
- Fix: Overheating protection UI bug.
- Fix: The Mini-mode menu was not checked when Mini-mode was activated.
- Fix: Corrected the placement and size of the load label on Phenom based processors.
- Fix: Order of appearance of the system tray icons in Windows 7.
- Update: The appropriate G15 menu is now checked depending on the status of the G15 plug-in.
- Update: Added support for 12 core processors to temperature offset adjustment window. 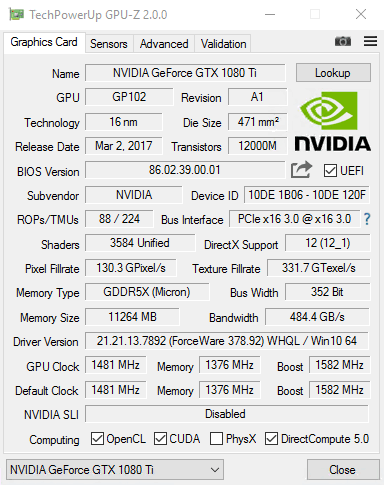 Version 0.9.0.91 - 10th July, 2006
-Logging feature added - Just copy into Excel for easy graphing.
- Fixed a bug where some programs would cause the program's driver to fail.

Version 0.9.0.36 - 12th May, 2006
- Added proper Merom*/Conroe** support.
- Fixed some GUI problems.
- Added code to prevent potential endless loop.
- If 'Read Valid' flag is not set, will show (?) after the temperature value.
* On a Merom it will report the temperature delta to Tjunction (Max temp defined by Intel).
** Conroe might not support this feature.

Terms of ServicePrivacy PolicyContact usUninstall
You can completely remove the program at any time in Windows' Programs and Features dialog.