This is the 2008 free, ad-supported version of the game, supported by the US Air Force, which does not work anymore.

To get a working version, go get XJDHDR's fixed release on Sourceforge. Scroll down to the comments section for more informations.

good game, this is game favourite. :)

UPDATE: I got it to work and it was entirely my fault. When you down load the XJDHDR version of the game you have to also download the portable version. After both are downloaded you take the main game files and put it in the App folder of the XJDHDR folder. You have to put it in a new folder called 'Rise and Fall; Civilizations at War' inside the App folder. Whenever you go to run the game you just have to run the file 'RiseAndFallCivilizationsAtWarPortable-XJDHDR.exe' every time to get the game to work.
I have played at least 15 hours of the game at this point and I have had no issues, no crashes, and only a few minor bugs. I don't know anything about multiplayer as I have not tried that yet but. 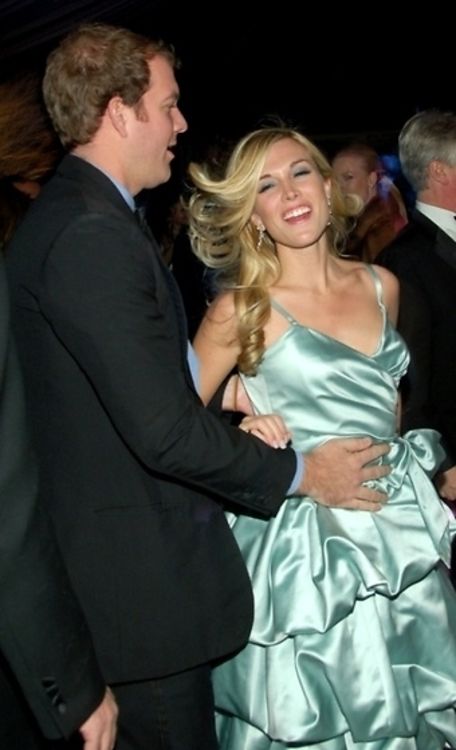 Game seems to work but the mouse doesn't want to work at all. I can navigate some of the menu with the keyboard but otherwise I am getting to the main menu just fine.

Has anyone played the tutorial of this Rise and Fall and stuck at the second (Advanced Concepts) and stuck at the Build a Settlement and Barracks near Herakleion mission? Anyone know how to do it?

I have the original and to get it to work under Windows 8.1 I have to run a batch file and not the .exe file, or it won't work. Here is the batch file if you want to create your own.
Create text file and save as RunMe.bat
RiseAndFall.exe -datapath 'data' -redistpath 'redist' -nodump

To everyone who have troubles with running the game - try to do the steps as in this instruction https://www.youtube.com/watch?v=imY88GEsjwA (video is not mine). I installed the game few years ago, using this video. Also, you will need to install No-DVD+Fixes pack, links in the video description.
If you want to play multiplayer, MP only version is available on ModDB https://www.moddb.com/games/rise-and-fall-civilizations-at-war/downloads/rise-and-fall-civilizations-at-war-multiplayer . You can play through apps like Hamachi or Tunggle.
Although, I suggest you to download XJDHDR version instead, simply download 2 files (7z-archive and installer), and follow instructions. Worked fine on my Win7-64bit (hint - you probably will need to click on .exe-file two times, it worked for me only after I clicked it second time, like after 1 minute after first double-click).
Thank you, XJDHDR, good work! 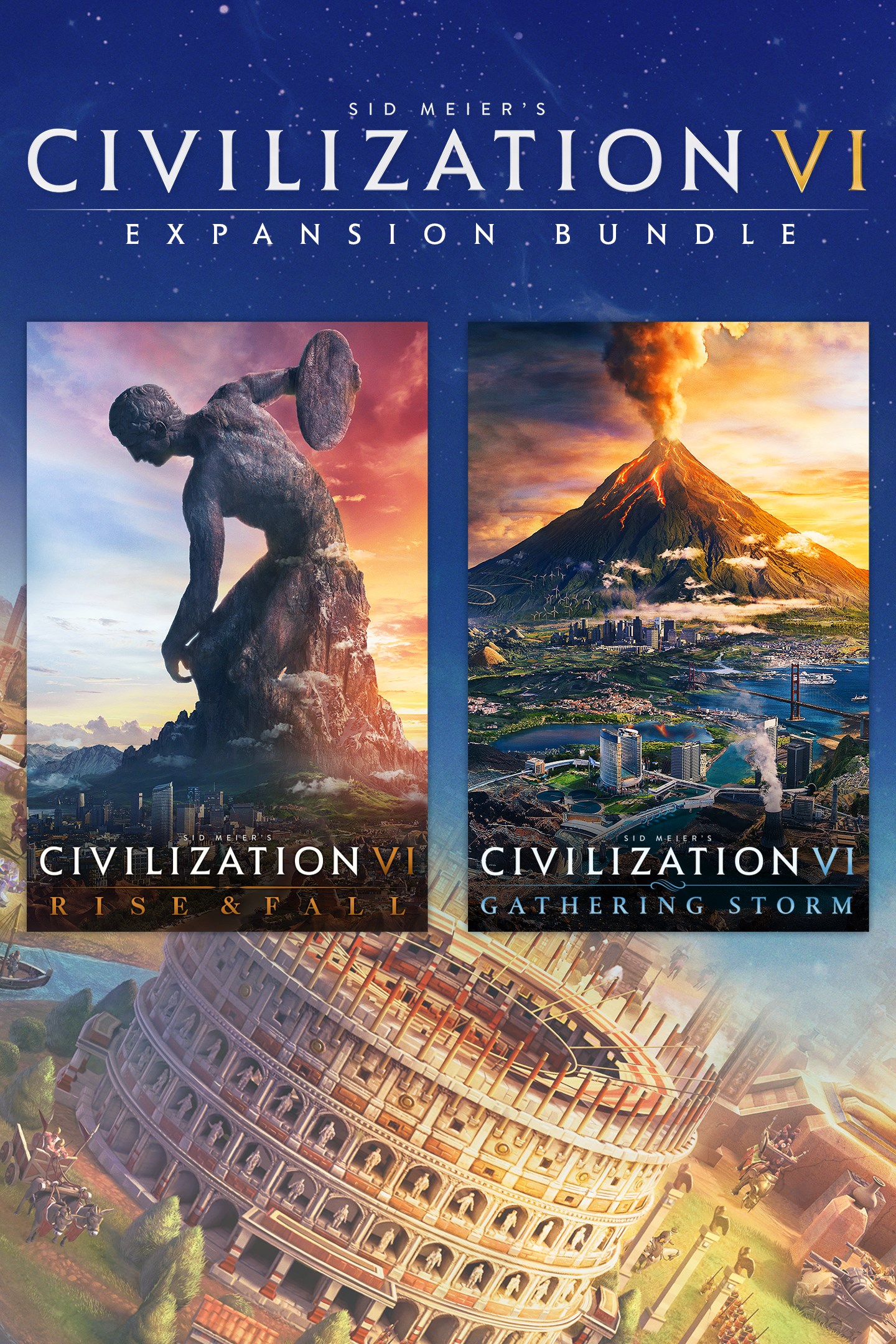 Fcking can't open this file. Errors are blocking me down, I fcking waste my whole day by installing fcking this file but the result is fcked up! Fck useless, when i open that file, it start yelling 'Need internet connection' even i'm fcking turn on wifi on my PC. Again Fuck u Idiot, and fcking errors fck u.

does not work it writes me a mistake PortableApp.com installers that download files must end with '_online.paf.exe' This is to ensure that users always know that an installer downloads file before it is run.Please rename the files to end in_paf.exe before running.

worked fine for me thanks

I have uploaded an updated version of my installer. The new install instructions are as follows:
1. Go to: https://sourceforge.net/projects/xjdhdr-random-code/files/Game_related_files/Rise_and_Fall_-_Civilizations_at_War/
2. Download the latest version of the file 'RiseAndFallCivilizationsAtWarPortable-XJDHDR_1.15_Development_Test__English_online.paf.exe' (not 'RiseAndFallCivilizationsAtWarPortable-XJDHDR_1.15_Development_Test__English.paf.exe'
2a. Optionally, also download the file 'Rise_and_Fall_-_Civilizations_at_War.7z'. Make sure this file is in the same place as the EXE downloaded in step 2.
3. Run the EXE you downloaded and follow the instructions given.
I have seen some people give advice to only download the 7z archive and/or extract it who knows where and try to play the game that way. My advice is to not do that. I specifically designed these two files to be used together and I will not provide support for anyone who doesn't install this game the intended way.
@Baked Grenade
Thanks for the report. It seems that, at some point, I gave the installer an incorrect MD5 checksum for the 7z archive, which meant that the installer thought the archive was corrupt, causing the error you saw and the installer to not recognise the archive you manually downloaded. I have just uploaded an updated version of the 7z and installer to fix this.
The only difference between the online and non-online installer is that the online installer gets the game's data files from the 7z archive that either it or you downloaded from SourceForge whereas the non-online one expects you to provide the game's data files yourself. It has nothing to do with the game's multiplayer.
@jask
Can you provide some more details please? What program gave you that 'not enough space' error? Would you be able to give me step-by-step instructions and maybe screenshots/video to reproduce this problem? I don't see any errors like that when I use my installer.

XJDHDR,
Thank you for the installer. Unfortunately, the installer you linked doesn't seem to function. Here is the error message I get:
The downloaded copy of Rise and Fall; Civilizations at War is not valid and can not be installed. Please try installing again.
Installing again doesn't change anything. I also tried downloading the archive with your provided link, and the installer doesn't recognize that I have it in the same folder. On top of that, I tried placing the archive into the temp folder that the installer creates (it creates the folder before it attempts to download anything), but it just gets deleted before the installer downloads and fails to install again. Simply extracting the game files and running the .exe does not work either.
What was successful was going to your Sourceforge page and using your development build to create the portable folder, then manually extracting the contents of Rise_andFall_-_Civilizations_at_War.7z into a folder named 'Rise and Fall; Civilizations at War' in the App directory it creates. Running 'RiseAndFallCivilizationsAtWarPortable-XJDHDR.exe' in the root install directory then successfully launches the game.
The online installer you posted on SF fails at the download step with the same error I've previously explained. Is the online installer necessary to play Rise and Fall over LAN? Is it necessary for online use of your game files (say I wanted to set this up Hamachi or something), or is it meant to be used with the multiplayer standalone that can be downloaded from moddb?
Once again, thanks for the effort you've put into getting this title up and running on modern pcs.

Another problem - unzipping.
XJDHDR, I can't unzip it. It tells me, I haven't enough storage. But, I do. I got around 70 GB free space. The game should need something between 2 and 3 GB.

XJDHDR, thx for the installer. I was just looking for something like that, 'cause of this error. I'll try. - What did you change to make it running?

The game crash when I save or when it auto-saves.

@XJDHRD Thank you for the updated installer. Read good things about this game but didn't find a good installer that would work for me until yours.

The Eight Stages Of The Rise And Fall Of Civilizations ...

Sorry for the plug but I have created my own installer for this game which you can get from here: https://sourceforge.net/projects/xjdhdr-random-code/files/Game_related_files/Rise_and_Fall_-_Civilizations_at_War/RiseAndFallCivilizationsAtWarPortable-XJDHDR_1.15_English_online.paf.exe/download
If you don't wish to use the installer's download manager, then download this file as well: https://sourceforge.net/projects/xjdhdr-random-code/files/Game_related_files/Rise_and_Fall_-_Civilizations_at_War/Rise_and_Fall_-_Civilizations_at_War.7z/download
After that, put the installer and this archive in the same folder and then run the installer. If you do that, the installer will extract the game's files straight from the archive and won't need to download anything.
My installer has the following advantages:
- Installer is compatible with Windows XP and up (including Windows 10)
- Game has been patched to bypass the requirement for a connection to an ad server (fixes the 'You have no internet access' error when trying to run the game)
- Packaged to use a PortableApps.com Launcher. This means that all the game's settings and save games are stored in one place, you can store the game on removable storage with your settings and saves also being stored on it and the game doesn't store anything in the registry or outside the game's folder when it isn't running.

Yeah, tells me I can't play because I need to be connected to the internet (I am connected)

Cant seem to get this to work.
Game installs fine but error appears telling me 'an internet connection is required to play this game'....

Share your gamer memories, help others to run the game or comment anything you'd like. If you have trouble to run Rise & Fall: Civilizations at War (Windows), read the abandonware guide first!

We may have multiple downloads for few games when different versions are available. Also, we try to upload manuals and extra documentations when possible. If the manual is missing and you own the original manual, please contact us!