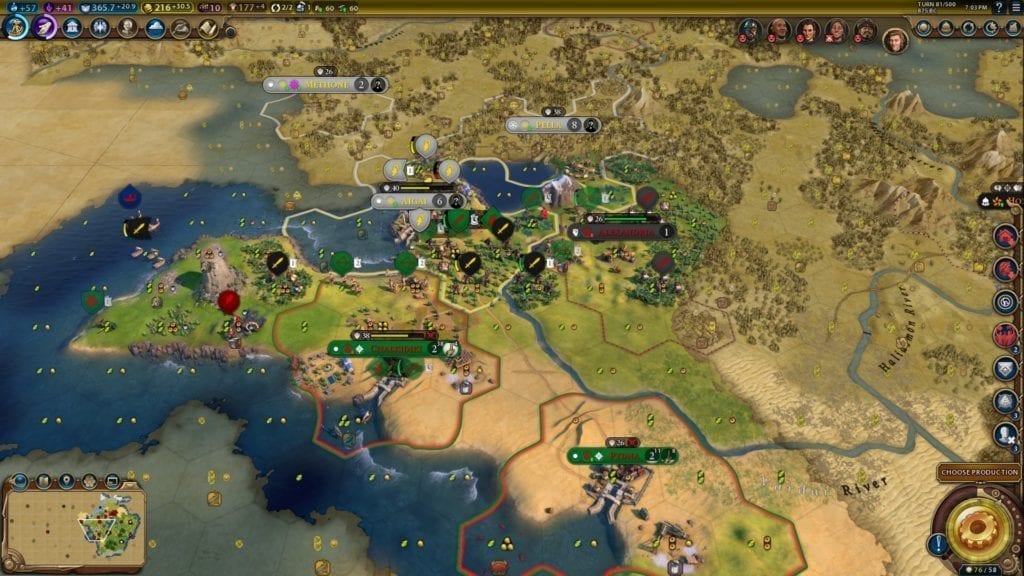 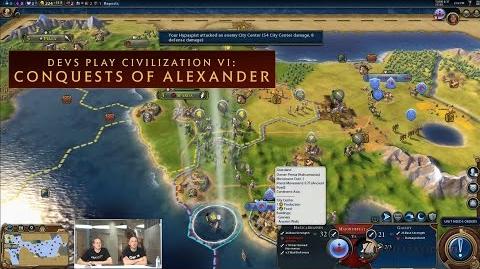 TL;DR – Persia and Macedonia are great new additions to Civilization 6, even if they do raise some questions about ‘civilizations’

Ok, so for those of you who don't know, the newly released Macedon (Macedonia according to the Sean Bean narration) gets the following: Civ Ability 'Hellenistic Fusion': Boost for techs/civics for every. captured district Leader Ability 'To Worlds End': No war weariness. Units heal when capturing a wonder.

So before we move on let’s take a few moment to look at some of the general changes to Civilization VI which was added in the latest patch/DLC. One of the good things about this new patch is that it is clear that Firaxis is listening to feedback from the community when they work on tweaking the game, as a number of the changes reflect common concerns that you see raised on /r/Civ and Civfanatics, like adding the stars to the Tech Tree. The big, and frankly welcome, change is an upgrade to the harbour, it now gets a bonus being next to the city centre which not only changes up the district placing game but it’s a common sense change for the better. It also gives more bonuses to sea tiles, which is important because both sea tiles and sea bonus resources were really undervalued in the base game. As well as this, there have been some welcome changes to the warmonger penalty that lessons it in some circumstances, the AI still seems to be overly affected by it, but it is a step in the right direction. To go along with this the AI has had a big jump in their competency in both capturing and defending cities, this is a welcome change because it limits or at least makes it a bit harder to do the early game steamroll over your nearest neighbour, and even city-states have boosted their unit production to make them less of a cakewalk. Finally, with this patch, we have the addition of two new wonders, a new entry for the series the Apadana and a return of a classic the Mausoleum of Maussollos. Both of these are interesting because they are very situational, the Apadana is good if you have a lot of city states around you and if you are going to have a lot of wonders in the same city. Also, the Mausoleum of Maussollos requires that you are investing in the Great Person game, but its extra charge for Great Engineers/Admirals is really powerful. Both are really interesting and it is good to see Firaxis go in a new direction with Wonders. Ok with the general patch information out of the way let’s look at the new civilizations. 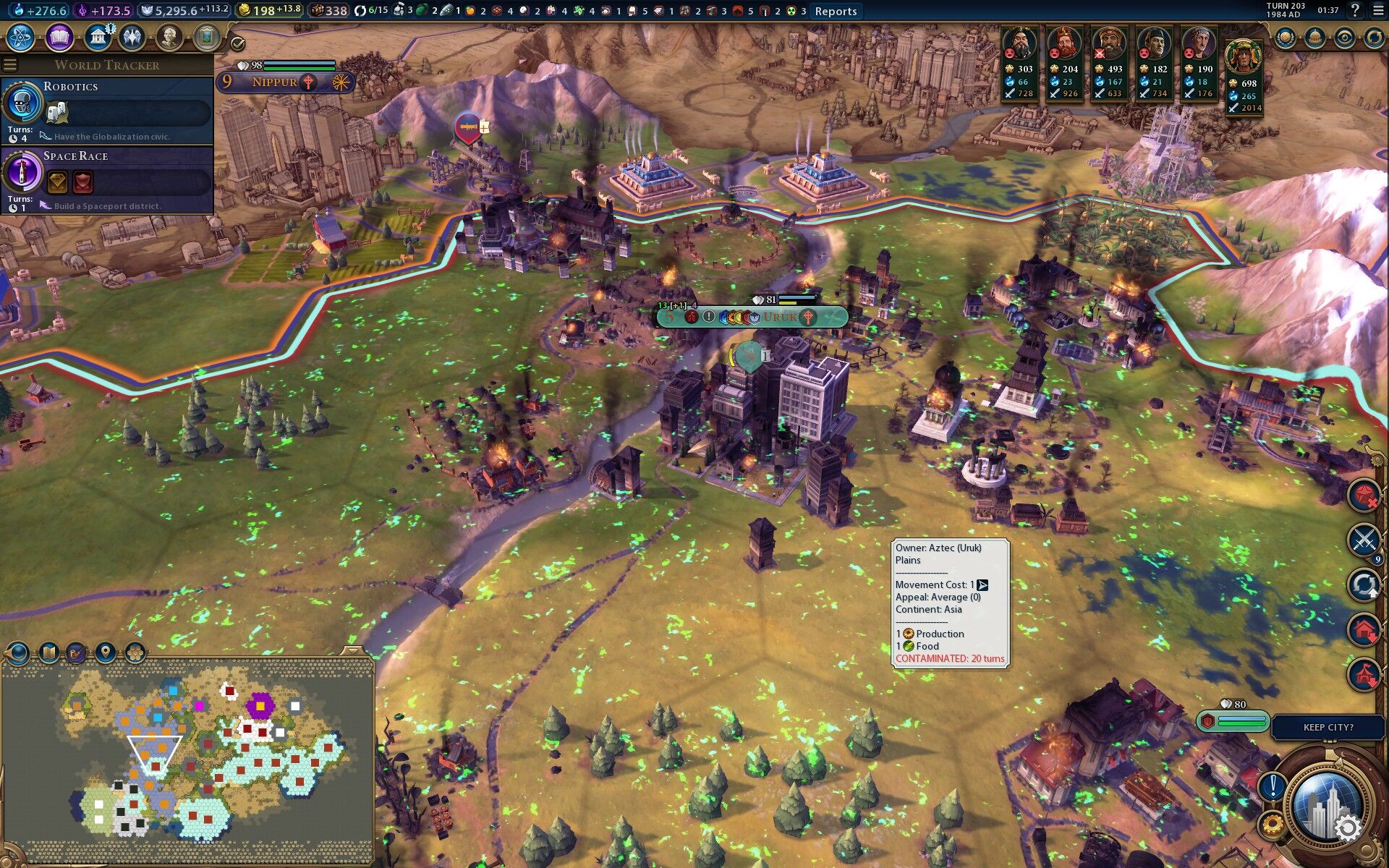 So to get us started we should probably look at the first combat only focused civilization add to Civilization VI and what is sort of new entry into the game with the civilization of Macedonia, the 56th civ to be added to the franchise ¹. Yes, there are other civilizations that get bonuses to combat like Gorgo that gets culture from killing units, or Harald Hardrada who can attack from the sea, or Tomyris that can pump out Calvary like nobody can, or … Ghandi … However, no civilization so far has had all their bonuses so focused on combat. Alexander does not get war weariness in his cities, this is a big deal and a big change for the game for in at least my experience it’s the one thing that usually makes me stop attacking because you do not want to deal with rebels and a war at the same time. As well as this, while it is much more situational, capturing a city with a wonder could be all you need to power through a civilization if you play it well. But it is not just this or the fact that they get two unique military units the Hypaspist and the Hetairoi, but even its civilization bonus and unique building rewards you for combat. If you capture cities with districts you can get bonus eurekas and inspirations to compensate you for your war focused industry, also Macedon’s barracks replacement Basilikoi Paides gives you a science bonus when you build a combat unit. This pure combat synergy gives Macedon a powerful edge in the classical era and beyond and can set it up to be quite dominant power going forward. When it comes to the presentation of the civilization, the leader portrait of Alexandra slips a little too far into cartoony territory for me, or it just might be me projecting my dislike as I only see Alexander when he is giving me all his sass. The music is also really good, it has a jovial and upbeat feel to it that I really like, also talking to my Macedonian friends they have let me know that they are faithful recreations of classical tunes, with one friend telling me that it took them back to their childhood. So overall Macedon is a really interesting addition to the game, and it is one civilization you don’t want to see a scout of theirs pop up early in the game, indeed it might be Civ 6’s Khan, Attila or Songhai.

On the other hand, we have Persia who is a long-time member of the Civilization family, being in every entry of the franchise bar Civilization I, and was one of those surprise omissions in the base game, along with the still missing (at the time of writing) Mongol Empire. Quite like Macedonia, Persia gets a really good bonus to combat, not only do surprise wars get treated like formal wars with regards to warmongering but if you declare a surprise war you get a movement bonus. This is a really powerful bonus as it allows you to manoeuvre, epically slow units like siege engines, into position a lot easier and can really help you in that early game steamrolling of surrounding civilizations. However, unlike Macedonia, Persia has a much more varied set of bonuses that really help you build a strong internal empire. So Persia gets an extra trade route and bonuses to its internal trade routes, this helps get those smaller cities online quickly, and really helps build up your empire up, though it does mean working with the trade route system that still needs some refinement. As well as this, you can build the Pairidaeza unique tile improvement which gives you bonus gold and culture but also bonuses if you put them next to certain districts, which gets powered up as you go throughout the game. This creates an interesting new layer to the ‘where do I build my districts’ game that you have when you found a new city. The Immortal is a good unique unit, but in mine and my friends play throughs it felt like it got obsolete quite quickly. As a civilization Persia really captures the essence of what the Persian Empire was all about at that time, fast-moving attacks, strong government, and an emphasis on culture. I also have to say that I love Persia’s musical score with the high plucked strings being cast off against the low bowed strings, it creates an interesting discordant theme when paired with the drums in the background.

However, now that we have looked at the spring patch and the new civilizations in the DLC, we need to look at another aspect of the game that this DLC shines a light on, and that is the nature of what is a civilization. Now as I said in my rundown of the Australian civilization DLC probably the best definition of what a civilization is with regards to the Civilization series is ‘whatever the developers want it to be’ but this new DLC especially the inclusion of Macedonia raises some questions with that. Now, of course, how do you go about defining things like civilization, nation, state, nation-state, culture etc. when all are highly contested terms, and with regards to Macedonia it is a very politically charged issue. Was Alexander the Great Greek or Macedonian? It might not seem like it but this is an incredibly delicate debate in some places in the world, with some very passionate views on either side. Indeed the very term Macedonia is politically charged, which is why the current country in the world that goes by the name is either called the Republic of Macedonia or the former Yugoslav Republic of Macedonia depending on where you live and which international organisation you are talking about, indeed the whole naming dispute is an interesting read if you want to know more.

Now, this starts wading us into issues of ethnicities and other charged topics which is not really my wish, but it does lead us into an issue with how Civilization has often treated civilizations outside of Europe and the Middle East. In Europe and the Middle East Civilization has been fine with having civilizations that occupied the same territory be distinct entities, Assyrians and Babylonians, Byzantium and Ottomans, Byzantium and Rome, Germany and Austria or The Holy Roman Empire etc. in the same game. However, outside of Europe and the Middle East it often uses catch all civilizations to group highly diverse histories into the one civilization, for example, India has been in every entry in the franchise however, it is meant to represent a diverse range of cultures and distinct civilizations from the Indus Valley, to the Mughal Empire, to the modern country of India and everything in-between. Now, this is probably highlighted by the fact that Civilization VI has had the biggest distortion of European/ European Colonial/ Middle Eastern Leaders compared to the rest of the world, with just six of the twenty-four civilizations coming from outside that area. As well as this, this issue is compounded by Greece being the only civilization to have duel leaders so far, and if you consider Alexander to be Greek, well then you could argue they have three. Now while this has been a problematic trend there are actually signs that make me optimistic for the future. First, when talking about the Australian civilization the developers stated in interviews that they didn’t add Indigenous elements to the Australian civilization to give them space to potentially add an Indigenous Australian civilization in the future. Also, even Macedon itself is showing that the developers are being more precise with their civilizations, which I hope is something that they will translate to other areas in the world. Now given there are quite a few holes in the civilization roster and the global map I think we might be seeing a big move towards this in the future.

In the end, while this DLC does raise some questions about the nature of civilizations, what it also does is refine the general game in a more positive direction. As well as this, it adds two very interesting civilization to shake up people games, and I think more than a few people will be cursing Alexander’s name when they see that first scout, or prepping for Cyrus surprise when they see he is a neighbour. But overall, does the spring patch and new DLC improve the game, yes it does, and I’m really interested to see where they go from here.

By Brian MacNamara: You can follow Brian on Twitter Here, when he’s not chatting about Movies and TV, he’ll be talking about International Relations, or the Solar System.

Have you played Persia or Macedonia Yet?, let us know what you thought in the comments below, feel free to share this review on any of the social medias and you can follow us Here. Check out all our past reviews and articles Here, and have a happy day. 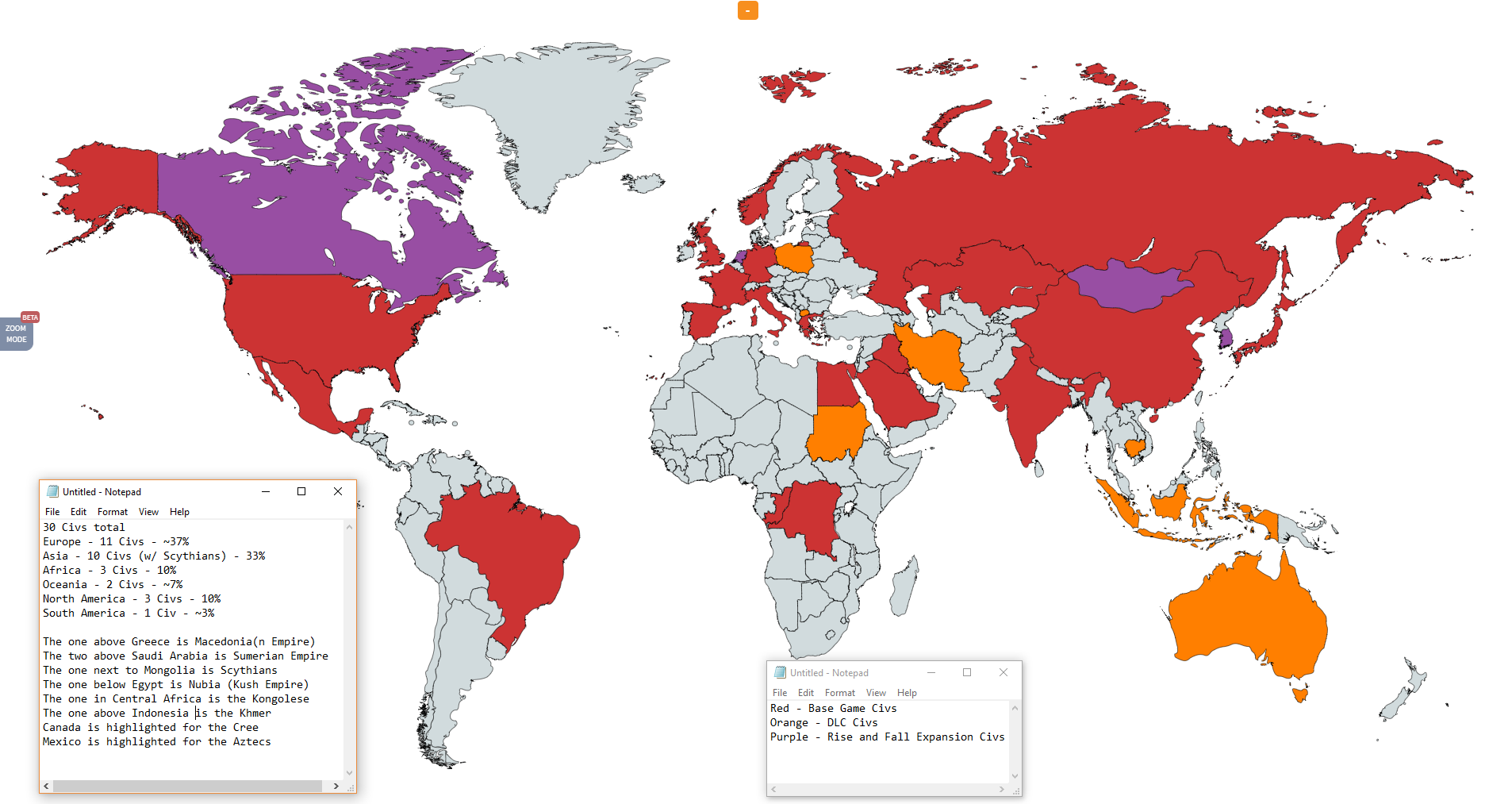 The capitals of Each Civilization include: