Civilization 6 is now available on the iPad. It's not just a crummy port, either. It's the entire, full, complete Civ 6 experience. The port was handled by Aspyr Media, the same company to bring over KotoR 1/2 for mobile.

What's the catch? Well, it's not really a catch, but the game is the full price. Yep, the game is $60 on iPad, and must be played on an iOS 11 capable device. The recommendations are any iPad 2017 version, iPad Air 2, and any iPad Pro model. You'll also need just over 3 gigs of space on your iPad.

I have an iPad Pro 12.9' model from 2016, and Civ 6 runs smooth as butter. I can confirm that the entire game is there including all 20 civilization leaders, all diplomatic relationship options, etc. It's all there. 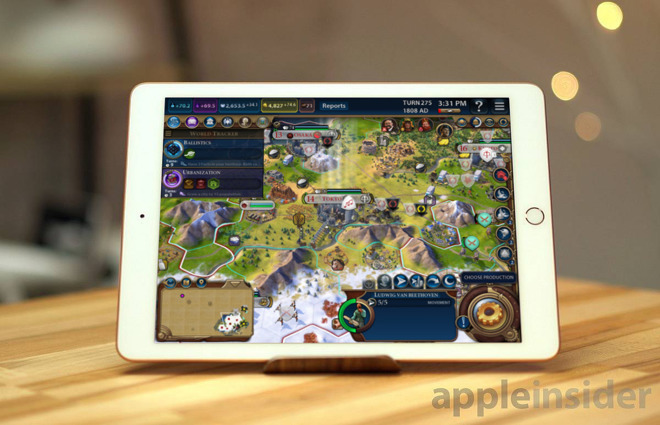 The mobile version, while feature complete, does have a few differences that I found:

I'm a fan of full, complete experiences on other devices. I hope we see a lot more of this in 2018, and would happily support the movement. What I do hope to see is a shorter development cycle when bringing these games to other devices.

Civ 6 on iPad comes 14 months after the PC release. In the future, this type of release needs to be simultaneous launch on all platforms, or only a very short delay. A day 1 launch on iPad would have brought less scrutiny over the price.

If you have a compatible device, I highly recommend you give it a shot.