Check Our best gadgets to cool down our CPU temp. Best CPU Coolers. Thermal Paste Buying Guide. Lowes return policy. Ways to check the temperature of your CPU and GPU BOIS. The famous one is BIOS. As the system doesn’t provide any settings, to check system temperature. The only way is BIOS. Not only does this program provide an in-depth report on the status of the graphics card (including GPU temperature), but it also handles simpler tasks like monitoring the CPU. One of the features that differentiate MSI Afterburner from its competitors is that it allows users to customize their fan profiles.

by Bill White 3 years ago

How to monitor CPU and GPU temperature

In one of our previous articles, we told you how to overclock your hardware. However, pushing your hardware components to a better performance and speed might also increase your computer temperature and even damage your PC parts in the process. This is why it's important to use a hardware monitoring utility to keep track of the performance of your system and check the current CPU and GPU temperatures, fan speeds, etc.

A default solution, but a rather tiresome one, is using the BIOS. Users with Windows 7 or Windows 10 PCs need to restart their computers, hit the F2 key, head to Hardware Monitor window, and access the information they need, such as system temperature. Personally, I prefer using a third-party program to find the aforementioned hardware details, without restarting my PC every time I notice my computer isn't running at its full potential. Applications like Open Hardware Monitor, SpeedFan, and HWMonitor are some of the best GPU and CPU heat monitoring tools for Windows. They all are feature-rich, simple to handle, and provide you with accurate data.

You can use any of the aforementioned programs to check the GPU and processor temperature on your Windows PC. These applications let you see the CPU temperature details, the current fan speeds, information about RAM usage, etc. Here I will show you how to check CPU and GPU temperatures with Open Hardware Monitor, an effective system monitoring utility that is open source and easy-to-use.

Check the real-time GPU and CPU temperature info on the main window of the app.

Optional: The application provides you with a quick solution for sharing the fetched information with a member of a computer service team. You can export the offered report as a TXT file.

GPU Temp monitoring utility enables you to check only the current GPU heat level. Core Temp is specialized in monitoring only the temperature of your processor.

Test your hardware temperature under load

How hot should a graphics card be? What are the values of a safe operating temperature for CPU? One way to find out the answers to these questions is to stress-test your hardware components. Programs like HeavyLoad enable you to test PC resources like CPU, GPU or hard disk to find out if your computer will run reliably under heavy load. Here's how to use the aforementioned app to test your hardware temperature under load:

Launch the utility on your PC.

Go to the main menu of the app and access the Test Options panel. Select the 'Stress CPU' and 'Stress GPU' options.

Click the button that's under the File panel to start the stress test.

The interval for normal CPU temp (during heavy PC use - while using a video editor or playing game) is different from one vendor to another.

Pushing your laptop or desktop PC to its limits will most likely increase the hardware temperature. One way to stop a computer from overheating or to reduce your laptop temperature is by using a fan control software, like SpeedFan. Besides helping you adjust the speed of your fans to reduce noise, this PC cooling utility also enables you to monitor the performance of your system. The application provides you with S.M.A.R.T. info, displays hard disk temperatures, etc.

Here's what you need to do in order to cool down a laptop with SpeedFan:

Launch the app on your PC.

Make the necessary modifications in the Configure window of the app and click the 'OK' button to apply the new changes.

Making hardware-related changes in this application without having the necessary computer knowledge might lead to serious PC issues. Request assistance from a PC service employee if you're a beginner-level user.

As you can see, it's very simple to monitor CPU and GPU temperatures on your Windows PC. However, taking the matter into your own hands to reduce the obtained temperature values is quite risky, especially if you're a beginner. So, pay extra attention if you decide to configure your hardware settings without requesting assistance from a specialized PC service worker.

Check
our latest
how to articles 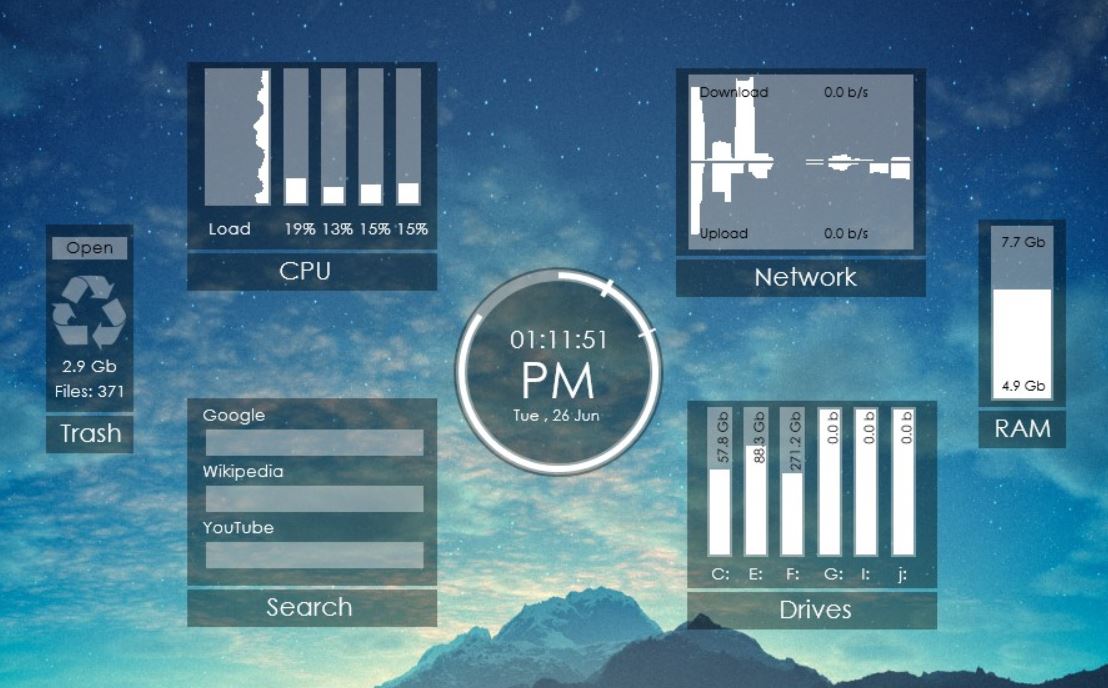