We have most of the Civilizations announced that are coming out with the Rise and Fall expansion for Civilization 6. The next leader I will discuss, is another leader for an existing Civ. Chandragupta will also lead India with the new expansion, and he does things quite a bit differently from Gandhi. Sid Meier’s Civilization VI is the next entry in the award winning Civilization franchise, which has sold in nearly 33 million units worldwide, including more than 8 million units of Civilization V. Originally created by legendary game designer Sid Meier, Civilization is a turn-based strategy game in which you attempt to build an empire to stand the test of time. Become Ruler of the World.

Civ 6 Tier List 2020. India (Chandragupta) 65/100- war of territorial expansion can be hard to proc and other civs can offset it by declaring war first.

We have most of the Civilizations announced that are coming out with the Rise and Fall expansion for Civilization 6. The next leader I will discuss, is another leader for an existing Civ. Chandragupta will also lead India with the new expansion, and he does things quite a bit differently from Gandhi. You can read about Korea, The Dutch, and Mongolia by clicking the links. Click this link to see the announcement video.

As an additional leader, he will still get India’s Dharma ability. Which states that India gets the follower belief of any religion with at least one follower present in their cities.. This means that India welcomes other religions, just not too much of them. This helps a normally passive India expand their religion and all around be friendlier to everyone else. For Chandragupta it is just a benefit to the grand conquests he will want to undergo. He will use India’s Varu unique unit to do so. The Varu replaces the Horseman. It has higher strength at 40 at the cost of half the movement at 2. Not only are they powerful, but they inflict a -5 strength on adjacent enemy units. Something that stacks for each adjacent Varu. He can use India’s Stepwell to help his conquered cities grow.

Chandragupta’s leader ability is Arthashastra which is dependent on unlocking the Military Training Civic. Once unlocked, you can declare a War of Territorial Expansion. Once Chandragupta does so his units will get 2 additional movement and a combat bonus during the first 10 turns after it is declared. This will help the Varu led army to quickly pounce on neighboring civilizations.

Chandragupta allows you to play India far more aggressively than you ever have been. With one leader ability, you have turned a passive and religious nation into a domination master. Chandragupta will flourish on most map types, being hindered only by maps heavy on islands and mountains. TSL Maps will pose an interesting challenge for India. They have China to the East, Khmer to the Southeast, Persia to the West, Scythia to the Northwest, and Mongolia to the Northeast. Gandhi was always adept at staving off China, but they should be able to easily neutralized now. Persia should also have their fair share of problems with India now as well. The Khmer are well suited as they will be in on the religious game and likely provide your empire with much beneficial follower beliefs. Then they should be quickly crushed. Mongolia and Scythia all field faster ranged armies. They all poise problems but Chandragupta’s unique ability will help them stabilize against them.

There are only 2 more unannounced Civ’s, as the Cree and Georgia are both making their first appearances to the franchise with the expansion. Keep a look out for their first looks soon.

India is one of the civilizations in Civilization VI.

Gandhi's nonviolent independence movement led to the creation of modern India and he remains revered around the world for his commitment to peace. Ghandi's Ability is called Satyagraha for each civilization India has met which has founded a religion and is not at war, India gets a significant boost in faith. Opposing civilizations suffer additional happiness penalties for fighting wars against Gandhi.

Religion also plays into India's Dharma ability. They get the follower beliefs of all religions present in their cities, not just the one from their own religion.

Just in case the peaceful spread of religion isn't working, India does have the Varu unique unit. It reduces the combat strength of adjacent enemy units. 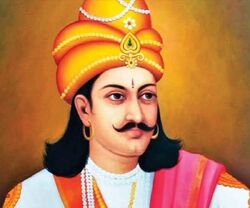 Ghandi's bonuses to faith in times of peace and the Stepwell improvement mean you'll have plenty of housing and faith when you play as India. If you can become the crossroads for all the religions in your game, you'll be well on your way to victory.

Dharma - Receives Follower Belief bonuses in a city from each Religion that has at least 1 follower.

Stepwell - Indian Stepwells are man-made ponds in which water is aggregated at the center of a series of descending stairs. Marked by complex and elaborate designs that expanded beyond just utilitarian, stepwells made water readily available year-round for drinking, irrigation, bathing, and other uses.

Varu - Originating in India, the Varu, otherwise known as the War Elephant, is one of the world's most intimidating cavalry units. Atop the Varu rests a wooden box where archers and pikemen can attack infantry units relatively safe from harm, while the elephant itself presents multiple dangers to any soldiers within its path. 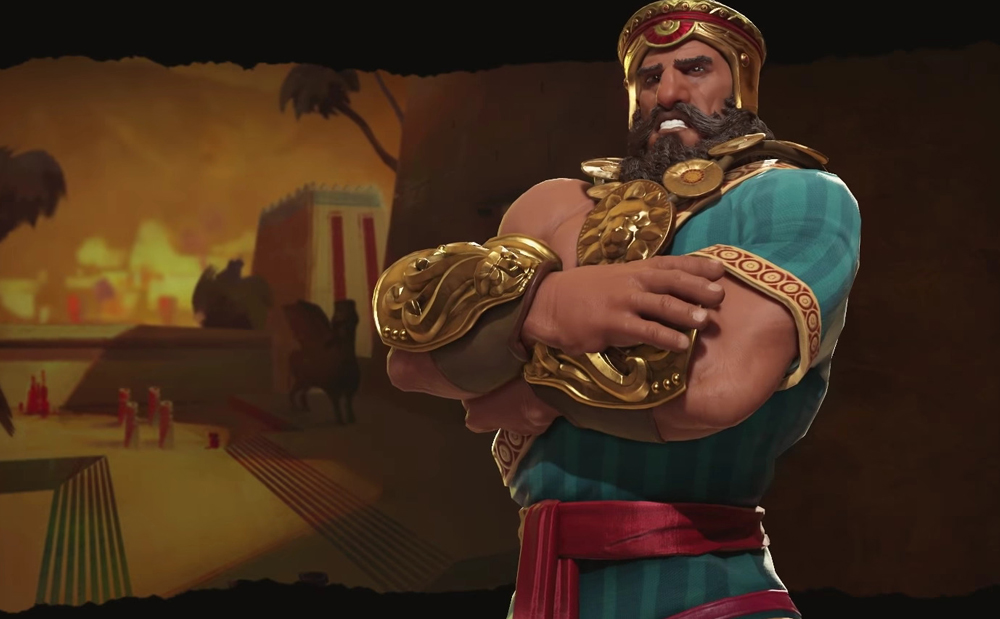 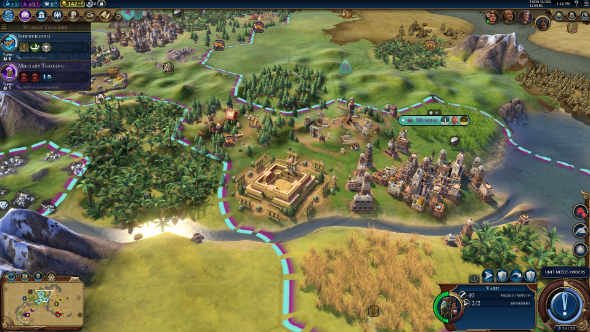