It lacks the kind of very smart plugin selector that Bitwig has which automatically prefers 64 bit over 32 bit, and VST3 over VST2, and deletes identical duplicates which helps reduce clutter in my plugins library a.

One of the major features that sets Bitwig 2 apart from other DAWs (such as Ableton Live) is Note Expression.

Note Expression, at its core, allows you to apply modulation of certain parameters to specific notes. The original midi spec only allows for control messages to be attached to the whole stream of data. With Note Expression, you can have a complex part where only certain notes that are specifically controlled.

After the break I’ll break it down even further with some examples.

Other posts in this series:

The meaning of the words.

MPE stands for “Multidimensional Polyphonic Expression”. They sure came up with a name that sounds fancy, but what it offers IS fancy as you’ll see soon.

There is another technology similar to MPE that’s called “VST Expression”. This is part of Steinbergs VST 3 specification, so it’s possible that some VST 3 softsynths you have already support it.

Bitwig supports both of these specifications.

What does MPE offer you?

With normal midi, any CC messages that you send are sent on their own channel. They do not correspond to any specific note, but instead they correspond to time.

This means that for MIDI, if you move your pitch wheel while playing a chord of 3 notes, all 3 notes will be pitch-shifted by the same amount. There’s no way for the synthesizer to know what you want the pitch wheel to do, it only knows when you used it, so it applies it to everything.

MPE (and VST Expression) work a bit differently. They allow you to attach messages to specific notes. So if you play 3 notes, it’s possible for MPE to express that you wish only the highest note to be pitch-shifted.

How would you input it with an instrument?

Your average piano does not allow you to specifically perform pitch or timber modulations on a per-note-basis, however there are instruments that do. Excluding the obvious things such as natural string instruments, there are a number of modern electronic controllers that work with MPE-compatible synthesizers.

But I don’t have one of those fancy controllers! 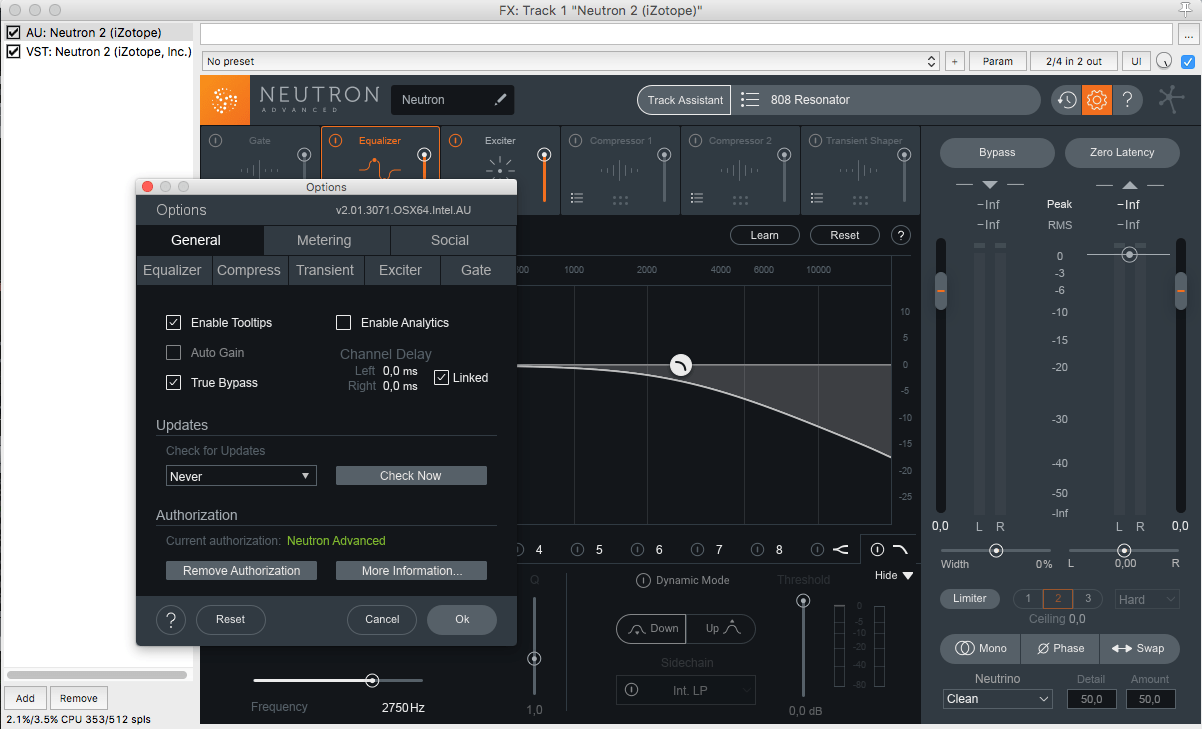 Note expression can be easily programmed in Bitwig. Parts can be played in, or drawn in, as you would expect. From there the Note Expression mode is engaged and you have a number of tools to create your own expressive controller data.

When you’ve figured out how you want to input MPE, you need to figure out what the expressions are being interpreted by.

There’s a list of MPE-capable synths at the Linnstrument website. If your softsynth supports VST3 there’s also a good chance that it may support note expression.

So here’s a simple demonstration of MPE in use. The image above is the part being played, showing the note expression.

We have a simple 1/8th note bass line with no modulations. The upper voice has timber (pitch) modulations that give it some flavour. If you listen carefully to the “With Expression” using the Audio Comparator above, you should be able to hear that the lower voice has no pitch modulation and the upper voice does.

The “No Expression” file is only using the pitch wheel. So when there’s a pitch modulation, both voices are affected. There are 2 bookmarks in the comparator above that jump playback to places where this is particularly obvious: Bass Jump, and Bass Warble.

In a DAW that does not have MPE or VST Expression, in order to emulate the sound of the “With Expression” file, you would need 2 separate tracks, 2 separate midi files and 2 separate instances of the instrument.

The workflow for using Note Expression is very simple. As shown in the video above, you turn on the viewer for it and . You can add points to the line, curve the section between points, and move the points to any position.

There are 7 types of note expression available

Every instrument in Bitwig has slots for modulators. One of these modulators is the “Expression” modulator. It allows you to freely assign the following expression parameters to any instrument parameter: Velocity, Timbre, R-Velocity, Pressure. In the above video, you can see that each note is having sub, pitch, shape, and sync modulated.

Even if you don’t have a synth that supports MPE, you can still use the note expression editor similar to how you’d normally program with MIDI CC. Take note though, that the expressions will apply to all given notes at that time like CC.

On MPE enabled instruments, if you assign an expression to a parameter that corresponds to a per-voice element (like a filter cutoff/res, osc volume/type, sub level, etc..), then the expression will act on a per-voice basis as expected. Any parameters that are global to all voices will affect all notes as expected.

I’m sure plenty of people are reading this and thinking, “Well that’s neat and all, but why?” You may not need note expression, but there are some cases where it’s really useful. There’s also endless possibilities if you have a proper MPE-enabled controller (even a tablet/phone based one).

There’s so much more that you can do. Even though I’m familiar

What if you have a note that has micro-pitch data, and you want to trim the note while retaining that data?

Too bad. The right side of the expression is always moved. There doesn’t appear to be any way to stretch/expand/shift the expression data so that you can retain what you want.

I did that by hand, it was not fun

Neither note expression nore automation has any way to draw shapes. That means that if you want a smooth vibrato, then get ready to spend an hour clicking in every dot and possibly curving every line segment.

No copy&paste of expression points

The title says it. Expression points can not be copied, pasted or duplicated. Not on the same note, not to another note, no way, no how.

It’s even worse if you wish to try and keep some expression on a note. Perhaps you think, “Ok, I’ll copy that note, then just resize it!” No, bitwig has out-clevered you by always screwing up the right side of the expression!

Note expression is not chased! (nothing is!)

What note do you think plays?

Chasing is when the DAW goes back in time to calculate any changes and note-starts so that when you hit play at X time, it will always sound the same. Bitwig does not do this, and it’s a problem

Let’s look at the movie above. I have a micro-pitch expression on a C note that slides up to C. The play cursor is set so that playback will start when the note is at an F during the sliding process. What do you think happens?

What really happens is nothing is played at all. No note. The note start is behind the play position, so bitwig never even plays the note.

Release velocity is hidden in the note inspector

Release velocity is an MPE parameter that allows an instrument to respond to how fast the performer releases from the key. While bitwig allows you to edit Velocity (note-ON), the Release-Velocity (note-OFF) is hidden in the note inspector.

It’s a bit baffling too, since Rvel is one of the mappable Expression Modulator parameters.

In that image above, what note is doing what? You have to change it to find out! There’s no highlight showing the active note or expression points. There’s no differentiation between each note in any way.

Needless to say it becomes quite a conundrum to know what’s happening in a part, let alone editing it, when you have anything that’s non-trivial happening.

Bitwig’s note-expression system is really cool. I had a lot of fun using it, especially when using an MPE controller (like GeoShred).

Note expression is one of the many ways that Bitwig sets it self apart from Ableton Live as well, and it is worth an inspection if you’re a Live user. I originally thought that it was going to be fairly useless, as it was when I was using Cubase 9 Pro, but with the modulators in Bitwig note-expression really comes in to its own as both an editing tool and a unique new way of performing with electronic instruments.

This post took 12 hours to research, photograph, write and edit. If you appreciate the information presented then please consider joining patreon or donating!

The VST plug-in support in Bitwig Studio is special. Watch the video and read on to learn why that is and how it all works.

Bitwig Studio plugs right into your existing setup. With modern software architecture, 32-bit and 64-bit plug-ins (VST2.4 and VST3) are natively supported, no third-party bridging necessary. And as part of the VST3 standard, we proudly support per-note expressions and sample-accurate automation.

Never again will a single plug-in take down your entire project. The “sandboxing” feature built in to Bitwig Studio ensures plug-in crashes will not interrupt valuable production time, or your performance on stage. Bitwig Studio protects your workflow while efficiently running your VSTs for non-stop creativity.

In the Bitwig Studio Dashboard you can choose the setting that is right for you – from light on resources to super-secure. The default setting is Together. And if all of this sounds like a spanish castle to you just leave the setting there and go and make music until you have a reason to come back.

Here are the 5 modes explained:

Within Bitwig. Plug-ins are loaded along with the audio engine. This requires the least memory, but any single plug-in can crash all audio.

Together. Plug-ins are sandboxed together, separating them from the audio engine.

By manufacturer. Individual sandboxes are created for each plug-in manufacturer. (This can be necessary when plug-ins need to communicate with one another.)

By plug-in. Individual sandboxes are created for each plug-in used. When a plug-in is used multiple times, its instances are sandboxed together, sometimes reducing the required memory.

Individually. Individual sandboxes are created for each plug-in used. This is the most memory-intensive option, but the safest.