One of the greatest successes in the annals of American popular music and the song that made Berlin famous all over the world. According to Berlin, who was quoted in a 1914 article in Theatre Magazine, “the melody came to me right out of the air. I wrote the whole thing in eighteen minutes surrounded on all sides by roaring pianos and roaring vaudeville actors.” Berlin told the story of how “Alexander” was written to his friend Rennold Wolf, who recounted it for an article titled “The Boy Who Revived Ragtime,” which he contributed to the Green Book Magazine (August 1913).

As Wolf described it, “the greater portion of the song was written in ten minutes, and in the offices of the music publishing firm, Waterson, Berlin and Snyder (then known as Ted Snyder Co., Inc.), while five or six pianos and as many vocalists were making bedlam with songs of the day.” Wolf continued: Berlin was not impressed by it when the melody first came to him. In fact, after playing it over a few times on the piano, he did not take the trouble to note the melody on paper. He might never have completed the song had it not been for a trip to Palm Beach, Florida, which months later he arranged to take with Jean Schwartz and Jack M. Welch. Just before train time he went to his offices to look over his manuscripts, in order to leave the best of them for publication during his absence. Among his papers he found a memorandum referring to “Alexander,” and after considerable reflection he recalled its strains. Largely for the lack of anything better with which to kill time, he sat at the piano and completed the song.

The exact date of the trip to Palm Beach is unknown, but it almost certainly occurred during the winter of 1911. It is possible that the first public performance of “Alexander” took place in mid-April, possibly on April 15, in Atlantic City, New Jersey, when comedian Otis Harlan interpolated a whistled version of it into a performance of Hell, a segment of a three-part entertainment that later was presented in New York beginning April 27, 1911, at the Folies Bergere dinner theatre. According to Berlin scholar Charles Hamm, “Alexander” was probably given its first public performance by Emma Carus on April 17, 1911, when she began a week’s engagement as headliner of the Big Easter Vaudeville Carnival at Chicago’s American Music Hall. A week later she performed it in New York, and subsequently in other cities. Many of the original sheet music covers state that it was “successfully intruduced [sic] by Emma Carus.” Other vaudevillians quickly included the song in their acts. Among them were Neil McKinley (who may have been the second to sing it in New York), Eddie Miller, Adele Oswald, and Helen Vincent. 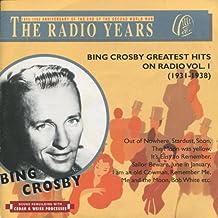 Miss Vincent’s photograph appears on some of the early sheet music covers of the song, as do photographs of, among others, Carl Cook, Belle Dixon, Mae Maxfield, and a woman billed simply as “Priscilla.” The next important date in the song’s early history is May 28, 1911, when Berlin and Harry Williams offered it in the Friars Frolic of 1911 at New York’s New Amsterdam Theatre and during a subsequent two-week tour of eastern American cities that culminated with a return presentation at the New Amsterdam on June 8, 1911.

As Berlin recalled his Friars rendition with Williams, for New York Daily News writer Danton Walker (July 29, 1938), “We sang, did a little dance and went off with a cartwheel.” Four days after the Friars tour ended, “Alexander” was offered at the Columbia Theatre, New York, as part of the burlesque entertainment The Merry Whirl, where it was sung by James C. Morton and Frank F. Moore. The Merry Whirl ran until mid-August and then toured. Throughout the summer and fall and beyond, “Alexander” became an increasingly huge sensation. The great ragtime pianist and theatre composer Eubie Blake told Robert Kimball in the late 1960s that “I helped make it popular in Atlantic City that summer when I played at the Boat House. Sophie Tucker brought Izzy - we called him that then - into the place and he thanked me for plugging his song.” Finally, on September 11, 1911, Berlin, elevated to a kind of stardom by the fame of “Alexander,” began a week as a vaudevillian at Hammerstein’s Victoria Theatre in New York, where, of course, he included “Alexander.”

Another important measure of the song’s success was that Berlin’s publisher ended its life as the Ted Snyder Co., for which Berlin was employed as a staff composer, and replaced it in January 1912 with the newly formed Waterson-Berlin-Snyder Company. Many recordings spread and enhanced the fame of this song. The renowned comedy singing team of baritone Arthur Collins and tenor Byron Harlan (Victor, Columbia, Indestructible, Edison, Amberol, U.S. Everlasting, and Zonophone) had a huge success that occupied the top spot on the popular charts for ten weeks. Other notable early recordings were by Billy Murray (Edison and Edison-Amberol), Prince’s Orchestra (Columbia), and the Victor Military Band (Victor). Over the years several other artists had successful recordings of the song, including Bessie Smith; the Boswell Sisters; Louis Armstrong; Bing Crosby and Connee Boswell (a number-one hit in 1938); Ray Noble; and Crosby and Al Jolson.

It is not correct, as many have written, that Jolson was chiefly responsible for the song’s fame; nor is it true that “Alexander” was first published as an instrumental (an instrumental was not published until September 6, 1911).On screen, Alice Faye sang it in Alexander’s Ragtime Band (1938), and it was sung by Ethel Merman, Dan Dailey, Donald O’Connor, Mitzi Gaynor, and Johnnie Ray in There’s No Business Like Show Business (1954). Over the years Berlin was often asked about the song. In 1938 he submitted the following to the publicity department of Twentieth Century - Fox to coincide with the release of the film Alexander’s Ragtime Band: 'I originally wrote the melody in 1910 as an instrumental number. By that I mean it was not intended to be a song with words, but it was to be my first instrumental piece. At that time there were many so-called ragtime instrumentals for the piano and “Alexander” was to be my first of that type. No one liked it in that form so I set a lyric to it. It then lay on the shelf for some time as everyone thought the chorus was too long and the range too large for the ordinary voice. However, Emma Carus liked the song and introduced it in Chicago. It was a big hit for her and before long many other vaudeville acts were singing it. Before the song became very popular, I sang it as the close of a songwriter’s act that was one of the features in the Friars Frolic of 1911. The number created quite a lot of talk in that performance and it wasn’t long after then that it was a big hit both in America and abroad. When it reached its height, I was booked for a week at Hammerstein’s Victoria Theatre on the strength of the popularity of 'Alexander’s Ragtime Band.' '

'I took my first trip abroad in 1912 and was delighted to hear it whistled by a newsboy as I stepped off the train at the station in London. I soon realized how big a hit 'Alexander' was in England. Within a year or so it became an international song hit and was translated in almost every known language. It has been credited for being the first ragtime song, but that is not true. There were many ragtime songs before 'Alexander’s Ragtime Band.' The construction of the chorus was new at that time, and it was the key song for many ragtime songs to follow, among which were 'Everybody’s Doing It' and 'Ragtime Violin.' While it was popular the first year and a half it sold about two million copies, and I would say it sold possibly 500,000 more copies since then.'

On June 19, 1947, Berlin wrote the following to theatre critic Ward Morehouse for a book on which Morehouse was working at the time: 'I checked with Jesse Lasky and here are the facts regarding the 'Alexander’s Ragtime Band' story in connection with the Folies Bergere: . . [Sam Harris] and Jesse Lasky built what is now the Fulton Theatre, and, incidentally, it was the first theatre cabaret in America. They had engaged Ethel Levey to come over from England for this show. Jesse Lasky asked me to write a song for her. I wrote a song called “I Beg Your Pardon Dear Old Broadway.” Levey had been away from America for many years, and this was a special number to fit that situation. (By the way, it was a very bad song and never got anywhere, although Levey sang it beautifully.) I came to a rehearsal to hear Levey sing 'I Beg Your Pardon Dear Old Broadway.' Jesse told me they needed a spot-in-one for Levey and asked if I had a song that might be suitable. I said I had a new song and sang 'Alexander’s Ragtime Band' for him. He said, 'This is a good song, but certainly not for Ethel Levey who’s a contralto and needs a song that can be sung much slower.'

So “Alexander’s Band” was not sung by Levey but instead was whistled by Oatis Harland [sic], the comedian of the show, for one performance. It was taken out of the show after the opening night of Folies Bergere. Later it was sung for the first time by Emma Carus in Chicago. This is particularly interesting because after the Folies Bergere flopped and Ethel Levey had returned to England, the song became a tremendous success and 'Alexander’s Ragtime Band' finally got to Levey in London. She sang it there and caused a sensation with it, singing it very slowly. Several years later, she played a return engagement in America at the Palace Theatre and sang 'Alexander' in her act. I remember how upset I was at her rendition of it. The audience, of course, did not agree with me. She was a riot. Lasky just told me over the telephone that he likes to refer to himself as the man who turned down 'Alexander’s Ragtime Band.' He added that had he been smart enough to choose it for Ethel Levey, the Folies Bergere might have been a big success . I doubt it very much. . . .'