Entrepreneur Bill Gates founded the world's largest software business, Microsoft, with Paul Allen, and subsequently became one of the richest men in the world. On Monday night the 18-year-old William W. Bodine High School senior learned that she was selected among 300 students for the highly competitive Bill and Melinda Gates Foundation scholarship.

For all the remembrances tied to the passing of Bill Gates Sr., who died Monday at age 94, perhaps no story is more surprising or entertaining than one told over the years by Howard Schultz, former chairman and CEO of Starbucks.

There was a time when Starbucks didn’t have more than 30,000 locations around the world. And for all his due credit in turning the Seattle coffee company into a worldwide coffee giant — and defining coffee culture as we know it everywhere — Schultz may never have gotten the chance were it not for the father of Microsoft co-founder Bill Gates.

Schultz started as an employee at Starbucks in 1982, but he left to form his own specialty coffee shop, Il Giornale, in 1986. Not long after he left, the original founders of Starbucks, who had purchased Peet’s Coffee, got into financial difficulty and decided they would sell Starbucks. According to Schultz, one of the founders offered the company to him exclusively — with six shops at the time — for the price of $3.8 million.

“I had no money. Nothing,” Schultz said in one telling of the story, below, at a Summit event in 2018.

Schultz was given 60 days to raise the money, but at the end of the first month he only had half, and the Starbucks founder had received another unsolicited offer, for $4 million, from an unnamed investor in Schultz’s prior coffee company, who’d gone around Schultz.

Schultz only referred to the man as a “titan in Seattle … he was larger than life and I was a kid who had a dream.”

Schultz relayed his predicament to a young lawyer friend, who in turn told Schultz to visit his firm’s offices the next morning, to meet the senior partner. 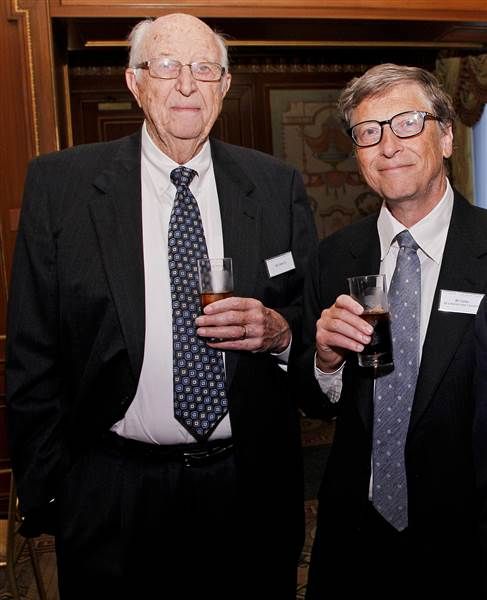 “At this point I would have met anyone,” Schultz said. “So I said, ‘OK, who is it?’ And he said, ‘Bill Gates Sr.’ I’d never heard of Bill Gates Sr. And Bill Gates was not Bill Gates then. He was just Bill.” 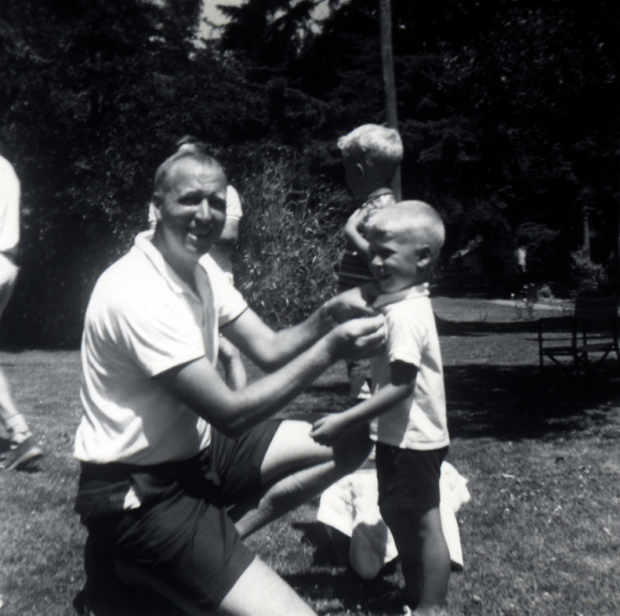 The next morning, Schultz met Gates Sr. and he said his heart was racing as he told him everything about the chance to buy Starbucks. Gates took it all in, made sure Schultz was telling the truth and not leaving out any details, and then told him to come back in two hours. Schultz went for a cup of coffee, of course.

When he returned, Schultz and Gates walked across the street from the law offices “to see the man.”

“My heart was in my mouth,” Schultz said. “I don’t know if he called him, I don’t know if there was an appointment, I don’t know anything. And we walked into the guy’s office, Bill Gates, all 6-foot-7, 6-foot-8 towers over his desk and says, ‘You should be ashamed of yourself. This is not going to go down. You are going to stand down. And this kid is going to realize his dream.’ ”

Schultz said he was standing there thinking, “This must be how things get done.”

The two walked out and Schultz said he asked Gates, “What just happened?”

Gates replied, “You’re going to buy the company and my son and I are going to help you.”

And in August 1987, Howard Schultz, with help from local investors — and one very tall lawyer — purchased Starbucks for $3.8 million.