I spent the last couple years participating in a Netflix docuseries looking at my work and my life. Part 1 tells the story of our quest to rethink sanitation. Bill Gates, Actor: Frasier. Born William Henry III is an American entrepreneur, business mogul, investor, philanthropist, and widely known as one of the most richest and influential people in the world. William Henry III was born to attorney, William Henry II and teacher, Mary Maxwell Gates in Seattle, Washington, USA. Bill Gates as a child was very competitive, curious,. Take a trip inside the mind of Bill Gates as the billionaire opens up about those who influenced him and the audacious goals he's still pursuing. Watch trailers & learn more. Netflix Netflix. UNLIMITED TV SHOWS & MOVIES. JOIN NOW SIGN IN. Inside Bill's Brain: Decoding Bill Gates.

I definitely didn't expect a deep-dive into the life and career of Microsoft co-founder Bill Gates to feature diarrhea so prominently.

The three-part Netflix docuseries Inside Bill's Brain: Decoding Bill Gates divides its time evenly between its subject's inner life and outer philanthropy. It's the latter category that puts diarrhea – and really, Gates' very serious efforts to solve sanitation challenges in third world countries – in the spotlight for the first episode. 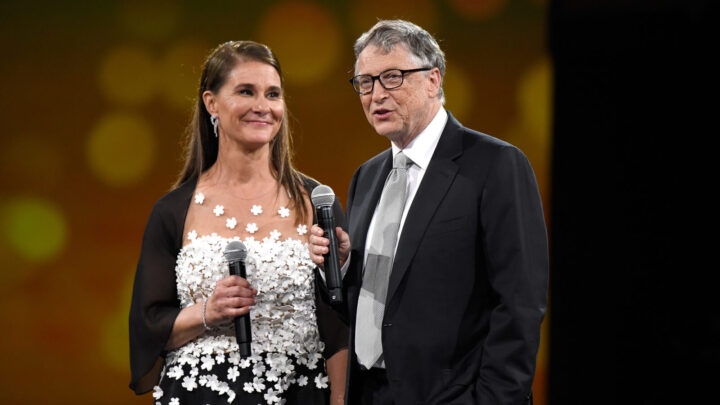 That same episode also dives deep into the tech mogul's relationship with his mother. We learn that a young Bill Gates was rebellious and antisocial, and while he was close with his mother their early relationship was complicated by his behavior. Over the course of the episode we come to understand the deep impact Mary Gates had on Bill's development into a functioning member of society.

The format in each episode follows this pattern of comparing and contrasting an aspect of Gates' history and relationships with one of the focuses of his modern-day philanthropy. The three hour-long accounts ping-pong back and forth between those two approaches, occasionally blurring the lines between them when there's a particularly notable confluence of ideas.

Episode 2 shifts the focus over to Gates longtime friend/occasional frenemy (and fellow Microsoft founder) Paul Allen, while also recounting his efforts to wipe out polio worldwide. The third and final chapter brings Gates' wife and business partner Melinda into clearer focus, along with his ongoing efforts to develop a safer approach to providing the world with clean nuclear power.

We come to understand the deep impacts Mary Gates had on Bill's development.

Through all of it, the documentary's subject is a constant presence, both in archival footage and in here-and-now interviews with director Davis Guggenheim. Gates is generous with his time, gamely fielding questions on a variety of topics, from illuminating trivialities like 'what's your favorite food?' (hamburgers) to more probing inquiries about his closest relationships.

For all the access that Guggenheim apparently had, there's something cold and clinical about this exploration of Gates' life. A lot of the time, the man himself seems as calculating and free of emotion as the computers he's spent his life working with.

It's not for lack of opportunity. At numerous points, Inside Bill's Brain brings its subject face to face with painful memories, including the deaths of Mary Gates, Paul Allen, and childhood friend Kent Evans. Gates responds to all of it in a careful and measured tone. He owns the emotions in his rational mind, even describing at one point how he cried at a funeral. But the face he shows to the world in each interview is calm and composed. Gates never once surrenders to emotion in the moment. 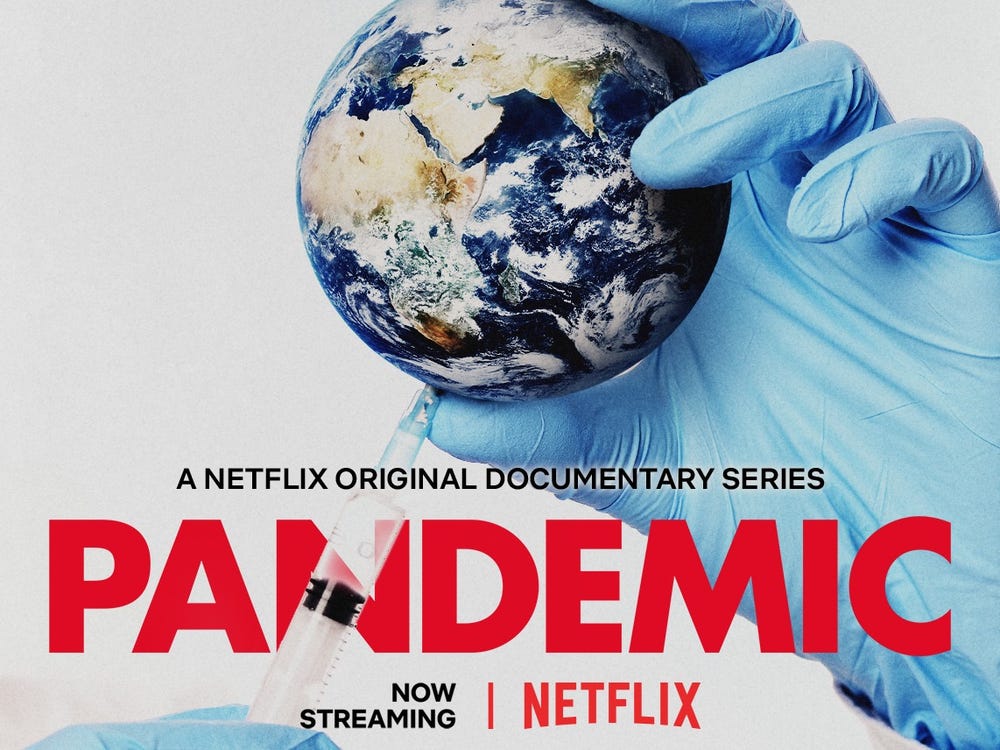 We've seen biographical portraits like this before, and it usually applies to exactly this type of tech industry giant. Gates' inherent brilliance is evident immediately. Even if we didn't have friends and colleagues on hand to describe his reading habits – 150 pages per hour, apparently – it's clear in the way he talks about his life, his career, and the way he tackles problems.

The back-and-forth leaps between biography and philanthropy serve a creative purpose, but they're jarring in a way that undermines the documentary's entertainment factor. As much as Gates has worked to do good in the world, the insights into his history and personal life are flat-out more interesting and surprising.

There are whole papers to be written and documentaries to be shot about the Bill & Melinda Gates Foundation's philanthropic work. But the highly technical details of the foundation's global efforts around sanitation, wiping out polio, and rethinking nuclear energy are more of a distraction here.

Like I said, though: the see-saw does serve a creative purpose. Early in the second episode, Guggenheim reads out the 'Inside Bill's Brain' title in the lead-up to a question he's posing to Melinda. Before he can get that far, however, she bursts out laughing.

'It just is,' she responds.

Then Guggenheim asks her how she would describe Bill's brain. As she stumbles over an attempt to answer, the director simplifies the question even further: 'Why are you laughing?'

This gets a response. 'Cause it's chaos,' she exclaims, throwing her head back in good-humored exasperation. 'There's so much complexity in there! It's chaos! All right, here's why I laugh: I wouldn't wanna be in that brain, right?'

Then her voice drops and she gets serious: 'There's so much going on all the time,' she says. 'It's unbelievable.'

That one moment brings Guggenheim's apparent creative intent into clear focus: the documentary is never at rest, constantly bouncing from one idea to the next, because that's how Gates' brain is wired. His analytical mind is constantly moving, constantly processing data.

SEE ALSO: Netflix's 'Inside Bill's Brain' looks at the history and controversy of Bill Gates

Biographical documentaries like this one tend to exist so they can humanize their subject. But that's not really the case here. Gates isn't your typical picture of the tech wizard space cadet, and I think the documentary's exploration of his relationships makes it clear why that is. But it's made equally clear that he doesn't perceive the world the way the rest of us do.

As one colleague describes it, 'Bill has a giant Excel spreadsheet in his head and everything has a spot.' Most of us move through life focusing on one challenge, one obstacle, one idea at a time. But at any given moment, Gates is pondering multitudes. 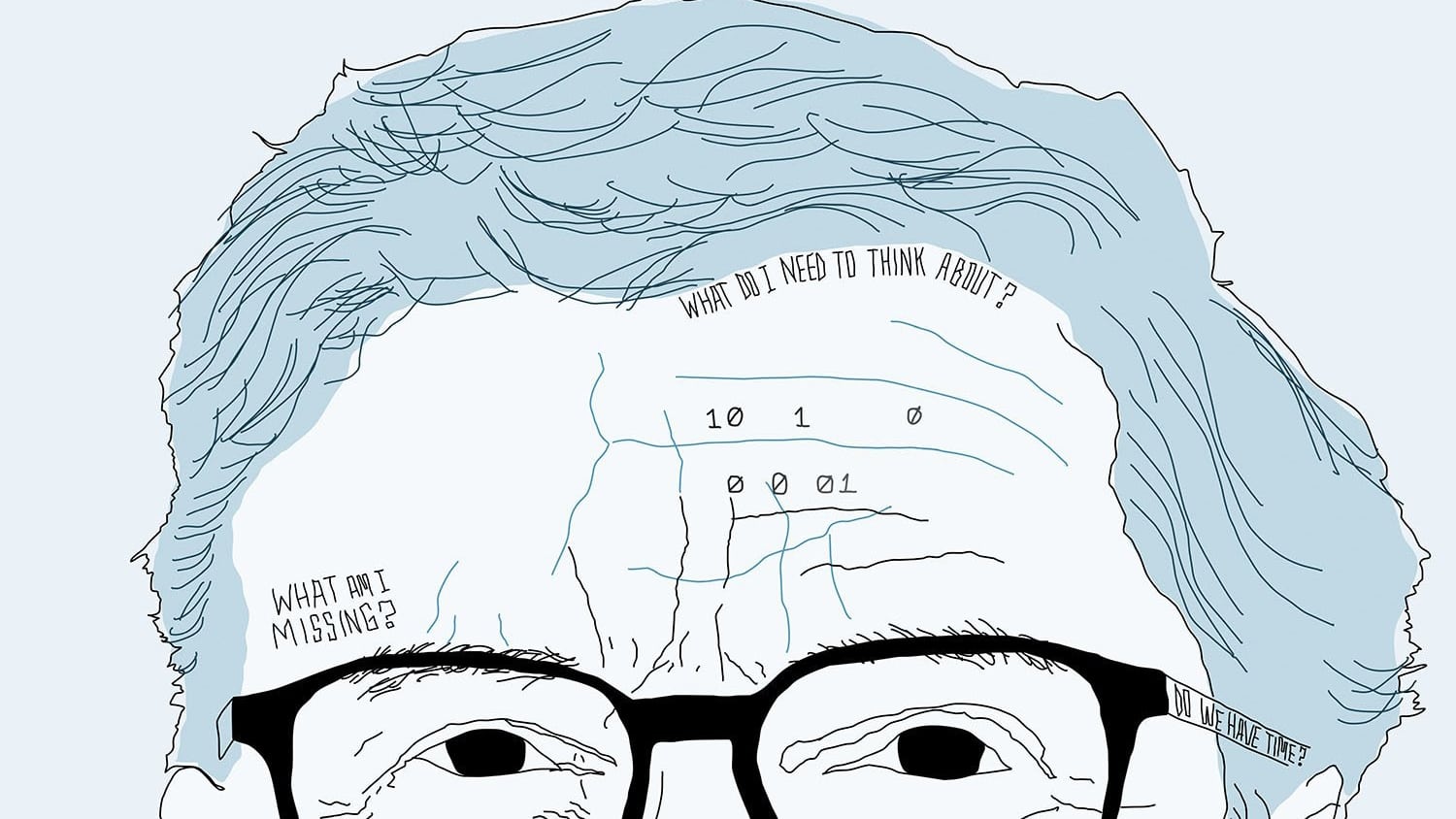 All of this makes for a fascinating, if uneven, viewing experience. The frequent pivots back and forth between topics can be jarring, but they do serve the titular purpose of inviting us into Bill Gates' brain and working through the thoughts and impulses that make him tick.