TL;DR – Every single feature of Civilization VI (at time of posting) in one Map, this time featuring the new addition Babylon. 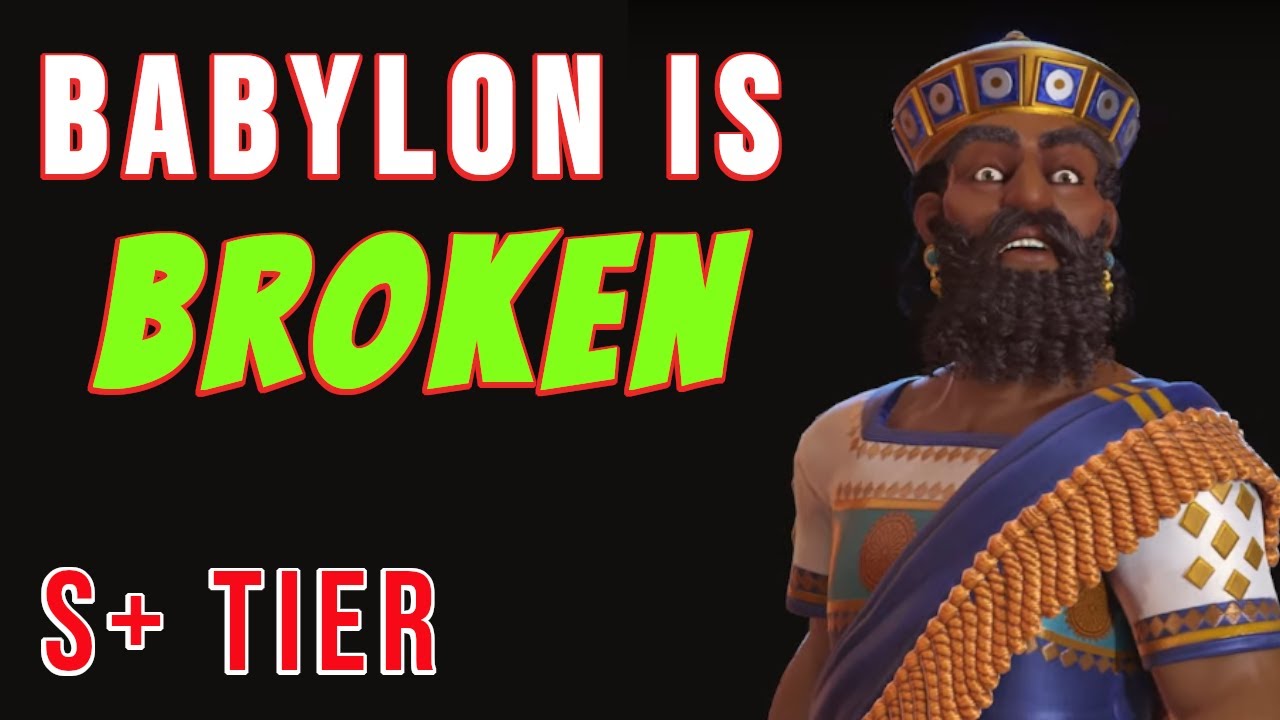 Today we got the latest update to Civilization VI with the newest addition to the New Frontier Pass. The next pit stop is back into the Cradle of Civilization with Babylon. So once again, we are going to dive back into the world of Cartography plus Video Games. If you want more detailed information on anything that appears on the Map, you can find it at our Civilization VI Cartographic Educational Database.
Now as always, a couple of notes before we start, first the Civilization boundaries on the Map are based more on clarity than anything else, so in most cases, they conform to their modern counterparts. We have also worked using the commonly implemented political borders, not necessarily what nations claim, and this means making some judgement calls which you will see below. Also, while all attempts have been made to make sure that everything is accurately placed, putting this together meant working from multiple different sources, and map projections. As such, no matter how much you try, there might be some slight discrepancies here and there.
We will be mostly going over the new additions and changes to the Map in this update, if you want to learn more about some of the location choices that we made you can find more detail in our First Full Civilization Big Map and out Gathering Storm Update Map.

Well, I knew it was coming. Indeed Babylon has been in every iteration of the game since Civilization 1. But I also knew it was going to create headaches for the Map. Back in our Byzantium Map, we looked at the difficulties of mapping Anatolia, and well the same now applies to Mesopotamia. Thankfully there was a rough line of demarcation where most of the Babylonian cities landed on one side, and most of the Sumerian cities landed on the other.
Finding the locations for the cities, was mostly fine, though I did have to start digging through some academic journals for some of the later entries. However, I came across two, um let’s call them problem entries. The first was Elip, which I could find references to in the cuneiform tablets, but not a location. Well after looking at reference text after reference text of Mesopotamia I was able to work out that it went by many different names Elip = Ilip = Kibalmašda = Urum. That last entry I was able to nail down to a real-world location thankfully.
Then there was Durmuti, I knew it was more commonly called Dūr-Muti, and I could find references to it being fortified (Dur meaning a fort) by the first king of Babylon and Hammurabi’s grandfather Apil-Sin. After doing a lot of reading, I eventually found a reference to the fact that it was one half of a wall that stretched from the Tigris to the Euphrates, and it was on the Euphrates side. So I positioned it in the narrowest part between the two rivers.
One area that did turn out to be challenging to place was the girth of cities in and around modern Baghdad. Someone on the Firaxis team really liked the many dig sites in the region as they make up nine of Babylon’s cities. I’m not entirely happy with the location, but I made them all fit … ish. 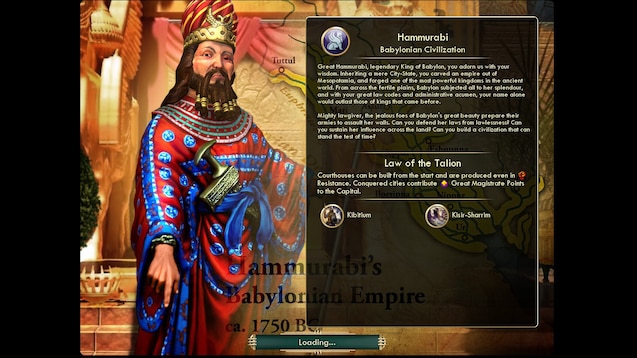 Here we have the broader Middle East, and you can see just how crowded the Map is getting in this area. We know from the pack that three more civilizations are coming, with the next two from East Asia, and the last being a wild card. This means that it is doubtful that we will get another entry in this area in the New Frontier Pass. Of course, this might not mean the end of content for Civilization VI, and if we don’t get at least the one significant hold out Portugal, I will put money on something more coming.
In any case, I should be able to fit in Assyria or Akkad, though I don’t think I could fit both Assyria and Akkad. I do believe there is a chance for one or both of these to be added with Akkad being a City-State and many of the critical Assyrian cities missing from the Babylonian city list. However, only time will tell.

And here we have it, the full Map in all its glory. Now because the Map is so large, some older mobile devices had troubles loading it, so I have moved it to its own page to limit that issue hopefully. You can also download a higher resolution PNG version if you want. On the whole, not much has changed with the full map bar the above additions. The significant addition this time around is seven new City-States positioned across the world.
I hope you have enjoyed this look at the world of Civilization VI: New Frontier Pass, if you liked it you are welcome to leave a tip, but more importantly, let us know what you thought in the comments below.

By Brian MacNamara: You can follow Brian on Twitter Here, when he’s not chatting about Movies and TV, he’ll be talking about International Relations, or the Solar System.

Have you seen any odd maps in Movies, TV or Video Games?, let us know in the comments below, feel free to share this review on any of the social medias and you can follow us Here. Check out all our past reviews and articles Here, and have a happy day. 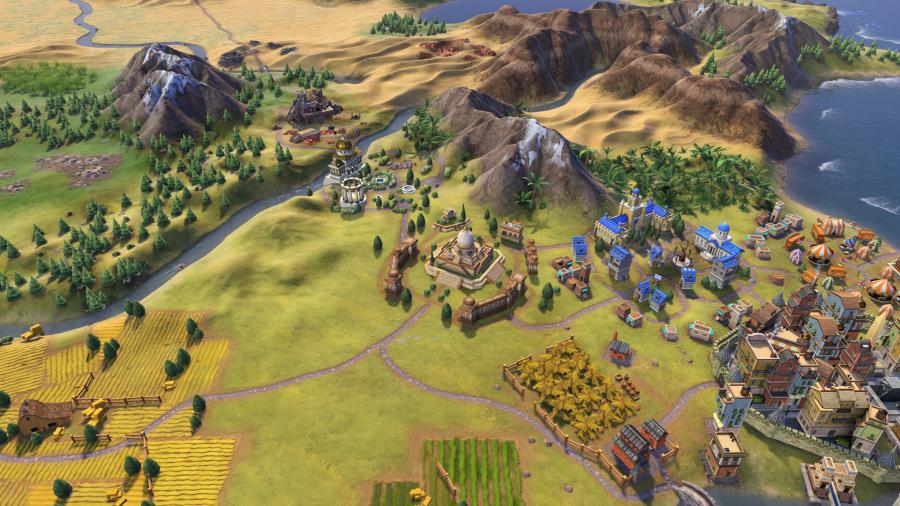 – All Natural/World Wonder/Tile Improvement graphics were created by the artists at Firaxis Games. 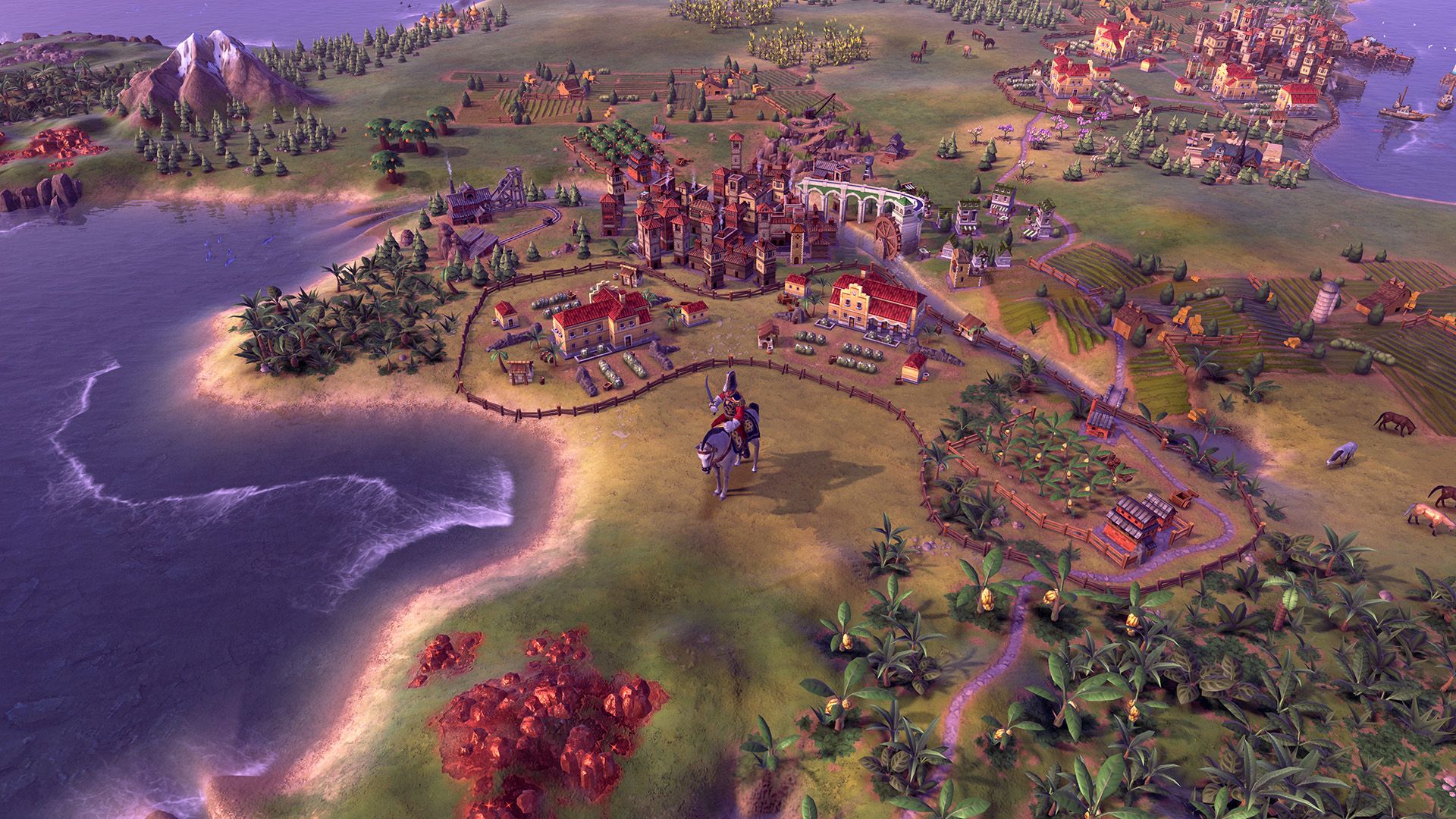 Disclosure – I am a moderator on the site Civfanatics of which several staff and players are members of the ‘Frankenstein Testing Group’, Firaxis Games internal playtesting team. I am not part of this team, nor do I have any links with Firaxis Games or 2K.

Earlier this week, Firaxis unveiled the next DLC in Civilization VI: New Frontier Pass. Known as the Babylon Pack, it adds mighty heroes and legends that can be used in a separate game mode. Now, Firaxis reveals the leader of the Babylon civ: Hammurabi.

Firaxis’ video begins by stating that Hammurabi has shown his “lawful alignment” thanks to his code of laws. However, once you check out his uniques, Babylon might as well get accused of cheating already.

As mentioned, King Hammurabi of Babylon was known for his edicts and laws that stood the test of time. As for the innovations, Babylon in Civilization games has been known as a science-focused civ too. In Civilization VI: New Frontier Pass, there’s a major twist. The main difference, though, is how ridiculous things already seem at the start thanks to “Enuma Anu Enlil,” Babylon’s unique ability. While it lowers the amount of science gained per turn, it makes Eurekas give you the full science bonus to unlock technologies.

Imagine farming a resource and immediately gaining Irrigation. Sounds neat, right? Next, construct an iron mine (Iron Working), and churn out your Swordsmen to rush. How about several mines for workshops (Apprenticeship) and several workshops for more production bonuses (Industrialization). You’re prioritizing Eurekas for techs while the AI might still be stuck in earlier eras.

You might think that Hammurabi of Babylon still needs those pre-requisite techs to somehow slow him down. Well, no, he doesn’t. If you look at the image above (from the reveal), you could get Mass Production by building a lumber mill and you don’t need any pre-requisite techs at all.

Adding insult to injury (for anyone silly enough to face Babylon in Civilization VI: New Frontier Pass), Hammurabi also has “Ninu Ilu Sirum.” This leader unique ability automatically constructs the building with the lowest production cost in a specialty district when that district is built for the first time. Plus, you get an extra envoy. The only district this doesn’t work on is the Government Plaza.

Rounding out Babylon’s other capabilities in Civilization VI: New Frontier Pass is the “Palgum,” a watermill replacement that gives extra production, housing, and food generated by freshwater tiles. Lastly, there’s the “Sabum Kibbitum,” a melee unit with increased movement, sight, and combat strength versus heavy and light cavalry. These two uniques feel like icing on an already super sweet cake. Hammurabi and Babylon already seem insanely good — and a nightmare to play against — thanks to the civ and leader abilities.

We don’t have to wait that long to try these additions since Civilization VI: New Frontier Pass‘ Babylon Pack DLC becomes availble on November 19. You can pick up the season pass via Steam, or purchase the DLC separately once its store page becomes available. For more information, check out the reveal video below.