It was an unexpected but pleasant surprise when mobile developer Aspyr released a full port of Civilization VI on the iPad two years ago. Sadly, Android fans were left in the lurch. Now, Aspyr has surprised us again with an Android version of the game. This isn’t one of those Revolution-branded mobile versions of Civ — this is the full game on your phone or tablet, and you can try it for free right now.

The Civilization series launched in the early 90s, quickly becoming the gold standard for turn-based strategy video games. The formula has been refined over the years with the addition of religion, larger urban centers, and more ways for Gandhi to nuke your cities. That’s all in the Android version, which looks and works very much like the full PC edition.

As with all other Civ games, the goal is to found and expand your civilization until you can successfully defeat all the other players. You can do that at the tip of a spear with a domination victory, by slipping the surly bonds of Earth with a science victory, or with one of several other victory conditions. The way you play Civilization VI is entirely up to you, and that freedom means there’s much more complexity than your average mobile game.

After playing a few dozen turns, Civ VI on Android seems very close to the PC version. You still get all the menus, options, leaders, reports, units, wonders, and other content that has made Civ VI so popular. Some of the animations have been eliminated or simplified, and the frame rate appears to be locked at 30fps. I played the game on a tablet (yes, Android tablets are still a thing), but the UI is very dense even on a 10-inch display. If you intend to play the game on a phone, it should be a big one.

As for performance, it’s been fine with a Snapdragon 855. I was actually pleasantly surprised how quickly games load. However, I can’t confirm that will be the case in the late-game. Even a powerful computer (or the iPad, for that matter) can get a bit sluggish with a fully revealed map and numerous civilizations vying for dominance. 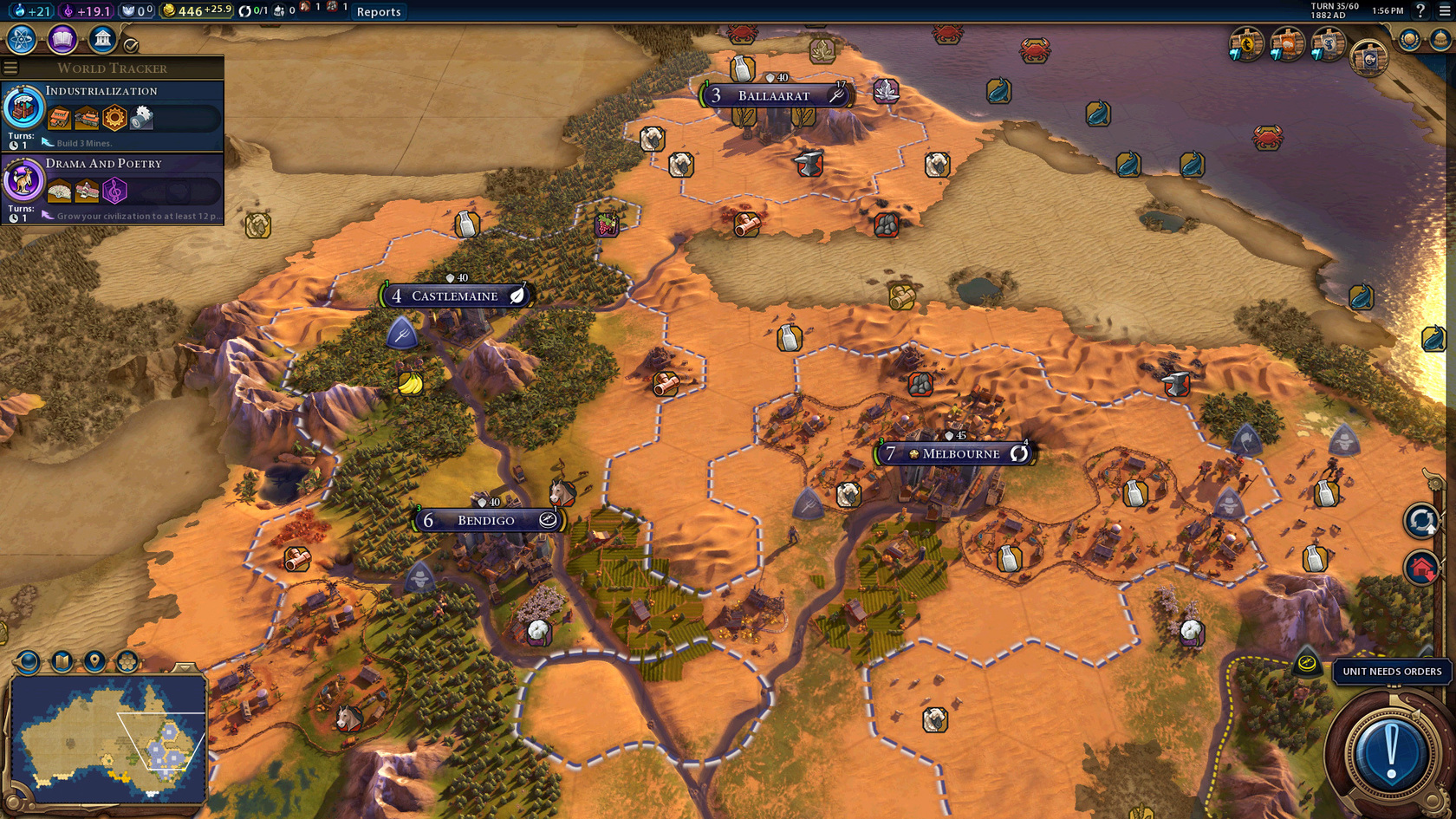 You can try the first 60 turns of Civilization VI for free. After that, it’s a $20 in-app purchase for the full version. The game’s two expansions are also available, but they’re even more expensive. Rise and Fall is $30 and Gathering Storm is $40. It’s all priced like a PC game, but the experience might not be up to snuff unless you’ve got a big, powerful Android device.