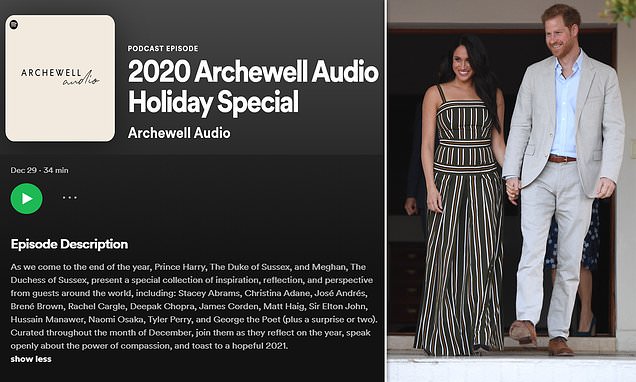 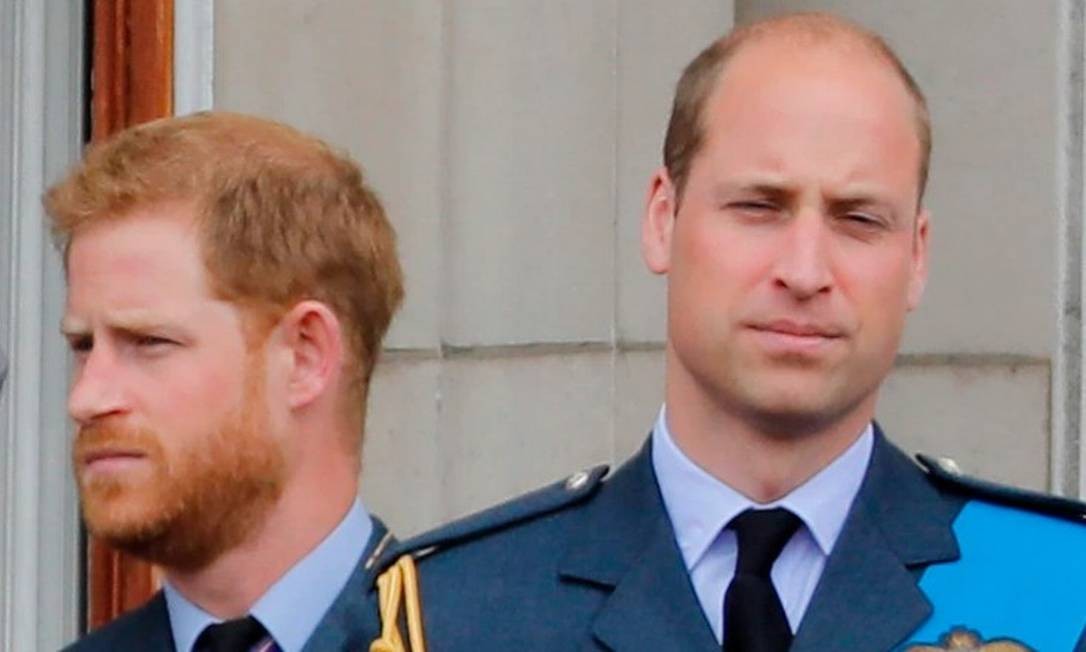 The Duke and Duchess of Sussex’s brand is all about compassion and kindness, and yet they still get trolled from many an angle. How dare they be so “woke” and talk about empathy, good deeds and hope, especially at a time when the world needs it so much?

As people who were actual royalty until earlier this year, the pair presumably have any guest they could possibly want on speed dial, so they’ve picked ones “from all walks of life” including James Corden, Deepak Chopra, Matt Haig and Sir Elton John for their Holiday Special. (Yes, Holiday, not Christmas. So far, so squarely aimed at the American market.)

Gallery: The most common grammar mistakes in English (Espresso)

But this isn’t your average interview podcast, mostly because Harry and Meghan don’t actually do any interviewing. Instead, they’ve asked their guests to record audio diaries to mull over what 2020 means to them. “We were curious to hear what they’d reflect on when they had a moment to themselves,” says Harry. “Without navigating the sometimes awkward dance of a video chat, meaning no one having to say: ‘You’re on mute’ over and over again, which is probably one of the defining phrases of 2020.” (Checking the relatable box there, Harry.)

© Photograph: Hannah McKay/Reuters The Duke and Duchess of Sussex podcast begins with a host of guests who have inspired them in 2020.

So does that mean they couldn’t actually be bothered to talk to Elton John about his cancelled tour or Matt Haig’s “scrolling and scrolling” at the terrible news? If you’re expecting insight, debate or any sense of who the couple really are, it’s not going to come from this flashy headline-grabber. Some of podcasting’s finest moments come when conversation rambles on and takes an unexpected turn (see: Michelle Obama), so Archewell Audio might as well have been a one-way radio broadcast.

Meghan is super-slick and NPR-confident, leading the conversation as Harry follows: she starts the sentences with purpose and he finishes them. Harry’s laid-back posh drawl pronounces the year of doom as “twenny twenny” and Meghan has that Gwyneth Paltrow-esque knack of saying something with such wide-eyed gravitas that you’re hypnotised into thinking you’ve just heard a meaningful revelation. “Connection was crucial for all of us this year, in whatever way we found it,” she says. “Sometimes standing at a distance, sometimes just through a screen.”

Harping on about the power of connection is ironic if you don’t actually get close to interviewing your interviewees. During one of their links, Harry describes Brené Brown as “awesome” and Meghan gives a small but reassuring giggle, the audio equivalent of a comforting hand on her husband’s arm. But if, as Harry promises, their podcast exists to give listeners “a little warmth, a smile and something to think about” then it does the job. And if it wants to appeal to a mass market who fancy an uplifting half-hour that reassures them there may be some light in the world, it’s there.

“No matter what life throws at you guys, trust us when we say, love wins,” says Meghan in her closing comments. 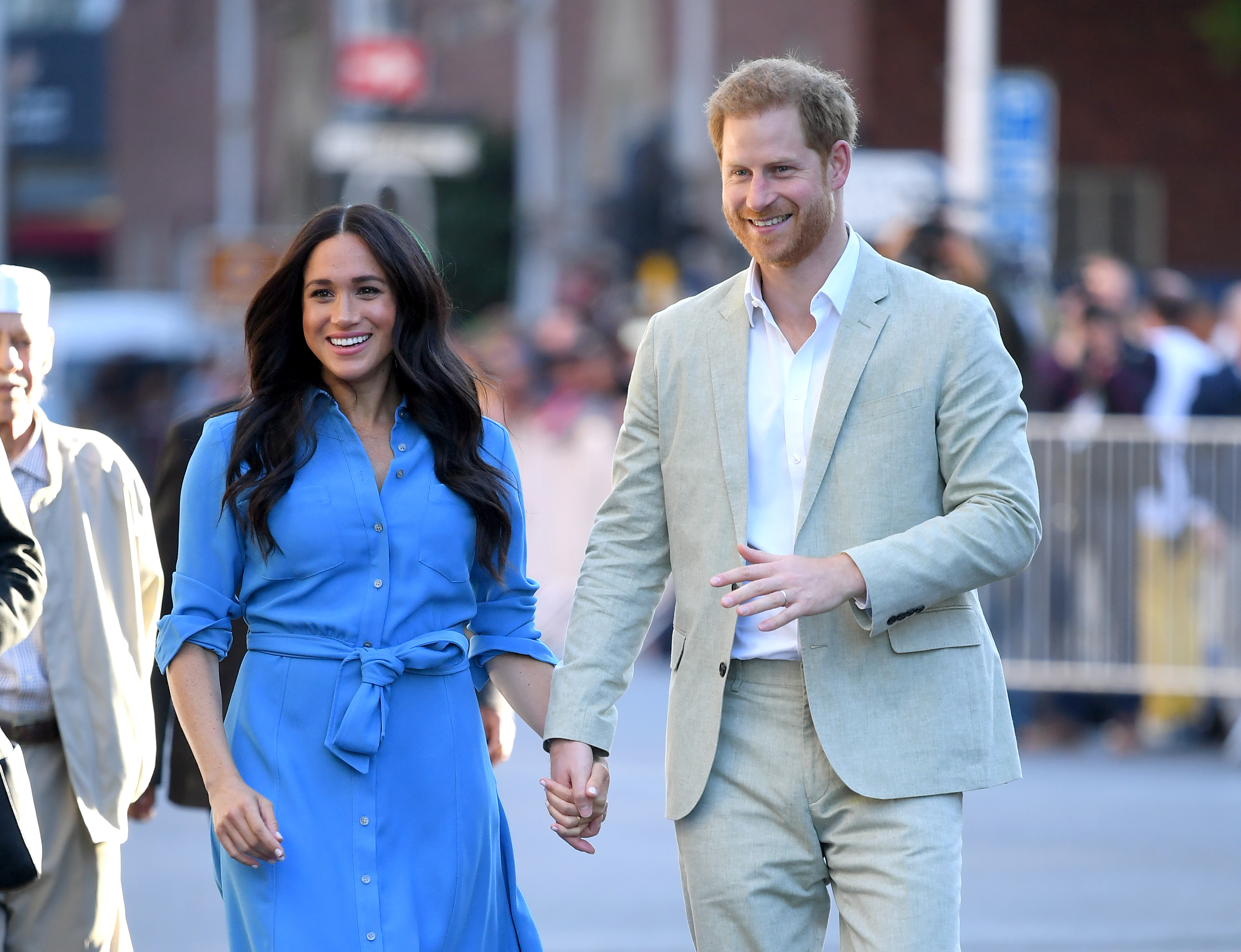 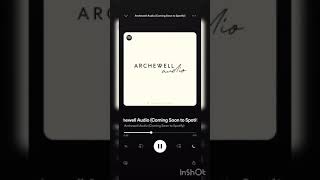 “So true,” says Meghan, with the air of a woman who has no idea what life is like outside her bubble, but genuinely wants it all to be OK for everyone.

Just as you’ve collected enough inspirational quotes to fill your kitchen wall, the proud parents bring in baby Archie to say: “happy new year” and then crank up This Little Light of Mine, the song from that moment at their wedding that made even the most fierce republican down tools for a moment. As Harry would say: “Boom”.

The Duke and Duchess of Sussex’s first Archewell podcast came out just before New Year’s. It feels like that was months ago! January 2021 has been a whole-ass journey. Anyway, there was an expectation that Meghan and Harry would be releasing a second podcast soon enough, but they have not, at this time. I wonder again if M&H were a little bit surprised by how time-consuming it is to just produce one podcast? Plus, they’re like, doing interviews and featuring exclusive clips of celebrities and authors and sh-t. I’m sure that their first pod took hours and hours of labor. Anyway, at least one royal commentator is dreaming about who will be featured in the Sussexes’ next podcast. The dream is, apparently, for Meghan to speak to Vice President Kamala Harris. Um.

Kamala Harris may be a guest on Meghan Markle and Prince Harry’s podcast Archewell, according to a royal commentator. There has been speculation that the Duchess of Sussex may be wading into US politics, but she has so far stopped short of any directly partisan comments. While stepping down as a senior royal means she can express herself more politically, there are still limits, as she retains her Duchess title and HRH status ‒ although the latter should not be used commercially. During the US election, Meghan and Harry encouraged citizens to vote, while openly opposing “misinformation” and “hate” online, which many interpreted as being anti-Donald Trump comments.

Meghan chose not to congratulate Vice President Kamala Harris on her win in the election, although it is clear that the two women admire each other. In her interview with Gloria Steinem, Meghan strongly hinted at her support for Ms Harris, saying the “representation” of people of colour in politics “excited” her. Meanwhile, Ms Harris has made comments in admiration and solitary with the Duchess. When Ms Harris won the election with Joe Biden, popular friends of Meghan’s including Oprah Winfrey and Priyanka Chopra congratulated her, but Meghan did not do so ‒ publicly, at least.

However, Rosa Silverman wrote in the Telegraph that there may be plans for collaboration on the horizon, such as a podcast.

One source told her: “I think there’s a real feeling of solidarity between the two women.”

She added that Ms Harris is a serious politician and not usually one who chooses to rub shoulders with celebrities too often. The source said: “I don’t think she’s interested in popular game-playing,” but added that the opportunity to work with Meghan might be too good to pass up.

Ms Silverman suggested a podcast might be the answer. She wrote: “Why this could work: It would serve as a one-off collaboration to discuss and promote some shared aims and interests before Harris becomes too busy to enter into such enterprises with figures like Meghan.

I don’t see how it could or would happen, but I totally understand why royal commentators want it to happen. They want to attack Meghan for “getting political” and they also want to continue their weird campaign of assuming that Meghan is friends with all of the prominent Black people in America. It’s clear that VP Harris and Meghan are on each other’s radars and that will probably be enough for now. Don’t take this the wrong way and I don’t mean to insult Meghan and Harry but… I would hope that the Vice President of the United States has better things to do with her time than appear on the Archewell podcast.