Download the Real Temp application from TechPowerUp. This displays the temperatures for all the CPU cores at real time. It is extremely useful in case you have an older CPU and need to determine whether the CPU needs a fresh layer of thermal paste, or the CPU cooler needs some cleaning up. This type of app constantly monitors the temperature not only for your CPU, but for your GPU, hard disk/SSD, motherboard, etc. By checking their sensors, including temperature, voltage, and fan speed, and it delivers instant information in regard to the overall health of the system. 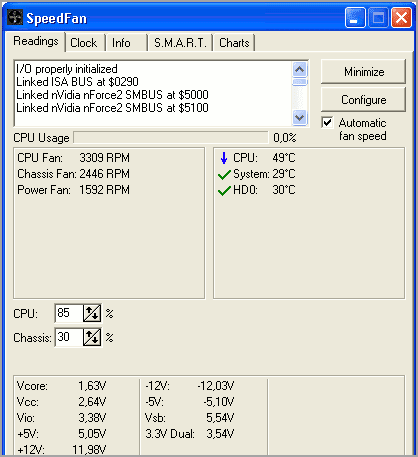